Or is it shrinking as brands seek instant gains at the expense of quality? A panel including Mars, L'Oreal and Stitch Fix interrogate...

"Stop giving us more money and continue to invest in your brands." So says Mike Parker, global president, iCrossing (pictured below).

Such an outcome would be hugely damaging to a brand’s business because performance marketing and edgy creative ideas can be the perfect bedfellows. If anything, bold creative ideas are needed more than ever in this brave new world.

That was the case put forward by top marketers from Mars, L’Oreal and Stitch Fix during a lively panel discussion hosted by iCrossing.

Rankin Carroll, president of the global chocolate business unit at Mars, says companies have always been obsessed with growth but the pressures on marketers have increased significantly recently due to the technology revolution.

"Technology is changing, as are the tactics and approaches to how we deliver growth, and it is changing expectations to what the chief marketing officer must be answerable for," says Carroll. 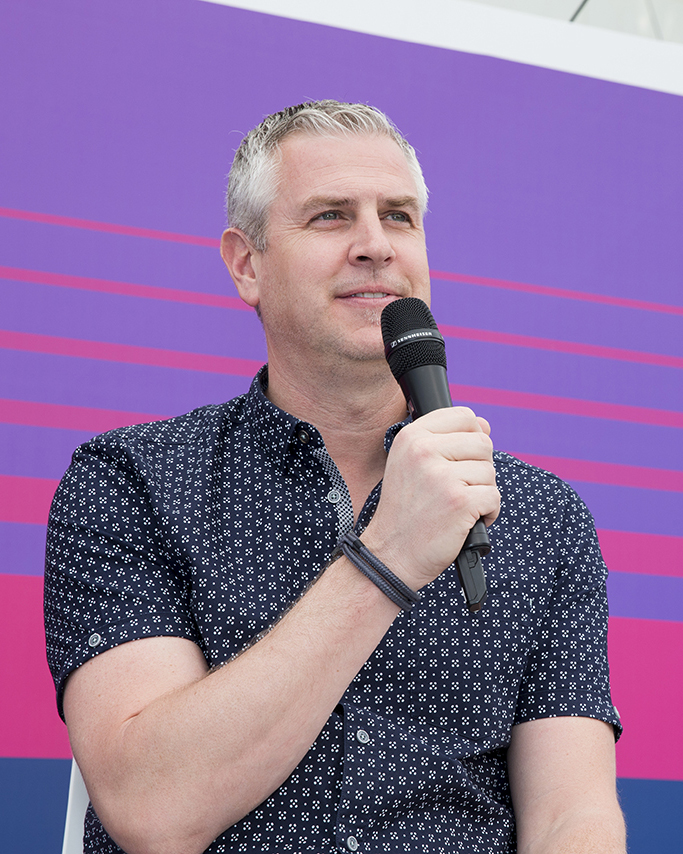 Parker believes this change in expectations means the chief marketing officer is now held accountable for quarterly revenue growth and margins, particularly in retail due to the financial strain it is under. Retail bosses are suggesting they shift a greater proportion of marketing spend into performance metrics to hit targets.

"We have to look at clients and say stop giving us more money and continue to invest in your brands," says Parker.

A common misconception has emerged that balancing creativity and performance marketing is a zero-sum game.

"There is this idea in the industry about a choice of brand building versus performance driving, but the two have to work in concert," says Parker. "When clients start to pull back on investing in their brand health we see how quickly performance metrics begin to deteriorate. If you are doing fantastic creative work from a brand perspective that actually creates tremendous efficiency in your conversion programme."

Parker, who was speaking at Cannes Lions, lamented that the festival once renowned for its focus on creativity has turned into a "plumbing trade show" with an emphasis on tools, technologies and platforms. 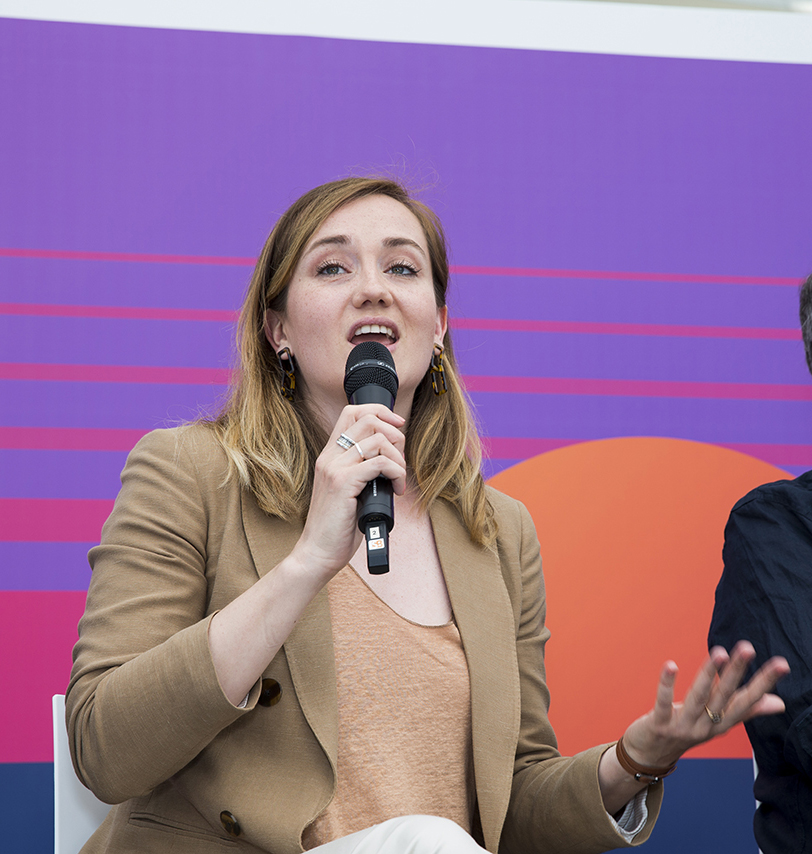 Do less, win more
Anna Mushikhina (pictured), head of digital at L’Oreal Paris, stressed the importance of not losing sight of creativity.

"If you don’t create a story and desire for the product you are producing you will have no consumer willing to convert," says Mushikhina. "They [performance marketing and creativity] come together and without one the other doesn't exist."

Mushikhina argued for a less is more creative approach when it came to advertising in today’s world of countless marketing channels.

"Sometimes we think we need less creativity," says Mushikhina. "We need fewer, bigger, and better stories. Consumers are already overwhelmed with what we have to say.

"Instead  when we have a good piece of creative and a good message we need to make sure it fits into all channels, touchpoints and communications channels."

Carroll says a reassessment of creativity is needed and believes marketing has gone "back to the future" because short-form video requires similar creative approaches to traditional advertising.

"Suddenly we are back to the static outdoor poster where you have to get the message across in seven words; doing that in seven seconds is the same challenge," says Carroll.

Flipping the Super Bowl
Carroll (pictured) says this creative philosophy was behind Mars’ decision to put on a Super Bowl themed Broadway show for its Skittles brand rather than running a TV-ad. 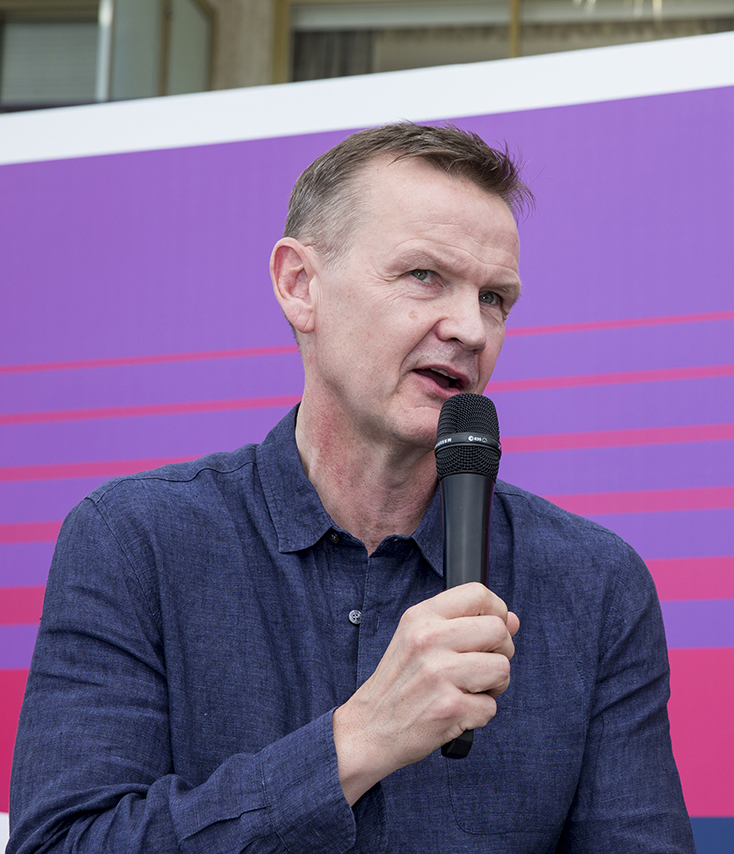 "We thought that was the most interesting way to get the brand talked about in the context of the Super Bowl," said Caroll. "The idea that data will inform creativity is the shift we need to take on rather than thinking they are separate entities. The Skittles work was driven by insights that our media agency brought to the table that helped us to see the problem differently, that drove the creative idea. It’s forcing our creative team to think about redrawing the whole landscape.

"What remains the same is great brands and big ideas and compelling stories as a foundation – if we lose sight of that and become too obsessed with performance you lose the plot."

Online styling service Stitch Fix has taken a similar approach in creating one bold and simple creative idea to tie together all of its marketing activity for its first major integrated campaign.

Activity is all around storytelling and driving home the message about the confidence that comes from being styled well.

The brand anchored the campaign around the movie awards season and the concept that people deserved to feel "red carpet confidence" every day. The early phases of the campaign focused on social-media activity and creating red carpet experiences for everyday people.

"Even in New York we got the commuters to pause and walk the red carpet – and instead of asking them what they were wearing we asked them how they felt," says Deirdre Findlay (pictured), chief marketing officer at Stitch Fix. 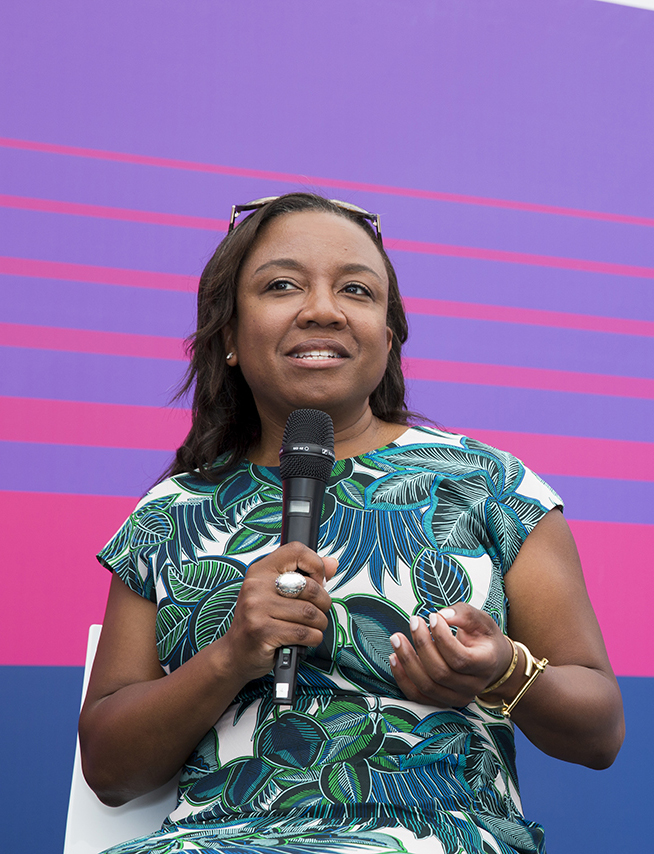 The final phase of the campaign focused on reach and involved a 60-second brand film that aired shortly before the Oscars started, with creative featuring a plus sized woman getting ready for an interview.

"We used a lot of channels to convey emotional benefit of the brand," says Findlay. "As  a growth obsessed company we wanted to prove there was some short term impact on the business. We saw significant lift in search on Oscar Sunday and a lift in organic traffic to the website."

But Findlay believes there are still challenges for marketers in convincing the board and leadership team that spending on brand building rather than performance marketing is the right investment.

"You are taking dollars away from what is proven to something that is hard to prove on the bottom line," says Findlay.

Mushikhina adds that another issue lately is budgets have merged and there is no longer a separate budget for brand building. She believes this could be because marketers now have more control over conversion and performance and so are held responsible for trade.

This does not need to be a negative and Mushikhina warns against the danger of "creative for the sake of itself": "We know for sure that if the creative doesn’t connect, and the consumer doesn’t understand what you want to say, then it ruins any perfect media campaign. If you have the creative that is not delivering the message or emotionally connecting you are screwed."

How L'Oreal, Eve Sleep and Dunelm are using media to drive ecommerce