The Swedish retailer excelled itself for a second year running, with brilliant TV ads and imaginative experiential events.

For the second year in a row, Ikea is Campaign’s Creative Marketer of the Year. Last year’s accolade was, of course, deserved, but it was felt that in 2017 the Swedish retailer achieved an even higher standard of marketing across TV, digital and experiential. It has proved that even when the subject matter seems prosaic, great creative ideas and a smidgen of wit can spark the imagination and capture consumer attention.

The year brought a trio of brilliant TV ads from Mother London. In January, "Win at sleeping" discussed a problem that affects the quality of life in developed countries perhaps more than almost anything else: the battle to get a good night’s sleep. Portraying it as akin to training for a fight, the spot evoked a whole Hollywood genre, wearing half a smile, and surely resonated profoundly with the overworked, under-rested UK population.

July’s "Relax into greatness" had an even tougher brief: to say something meaningful about the noble act of sitting around at home doing nothing. The ad’s great insight was to note that for male lions – some of nature’s laziest creatures – this was aspirational behaviour. October’s "Hooray! To the wonderful everyday", meanwhile, which raucously celebrated the act of celebration itself, proved the brand could master the full spectrum of emotional tones.

In the autumn, Ikea ran a mass of experiential activity as it opened its 20th UK store in Sheffield and toasted the 30th anniversary of its first.

The brand became unavoidable for residents of the south Yorkshire city. It ran a poster campaign there, depicting homes with clothes and books suspended in mid-air, awaiting Ikea furniture to accommodate them, rolled out a wide programme of events and kitted out a tram in Ikea livery, right down to the floors and seat coverings.

For the centrepiece of the Sheffield campaign, the brand commissioned local artist Jason Heppenstall to create a sculpture of a peregrine falcon, several of which inhabit the city, from more than 17,000 Ikea Allen keys. The bird of prey, which greeted commuters at Sheffield’s railway station, will become a permanent work of public art.

In London, meanwhile, Ikea ran "The ultimate house party", taking over four floors of a townhouse in Soho and furnishing each in the style of a different decade. In doing so, it created a highly engaging portrait of the role the brand has played in evolving home fashions since its arrival in the UK in 1987. The experience was also made available in VR for those unable to attend.

In the summer, it emerged that HBO hit Game of Thrones had used Ikea’s rugs to make the fur cloaks worn by the likes of brooding hero Jon Snow. The brand quickly showed it had its finger on the pulse of popular culture by releasing a set of Ikea-style instructions for how to construct your own cloak, scoring a viral hit.

All this inventiveness would be nothing without business impact, of course, and that was there, too. Awareness grew 2% this year, while consideration was up 3% and sales up 6%. If Ikea can maintain this standard of creative output and relevance to the lives of consumers, there seems no reason why that growth shouldn’t continue. 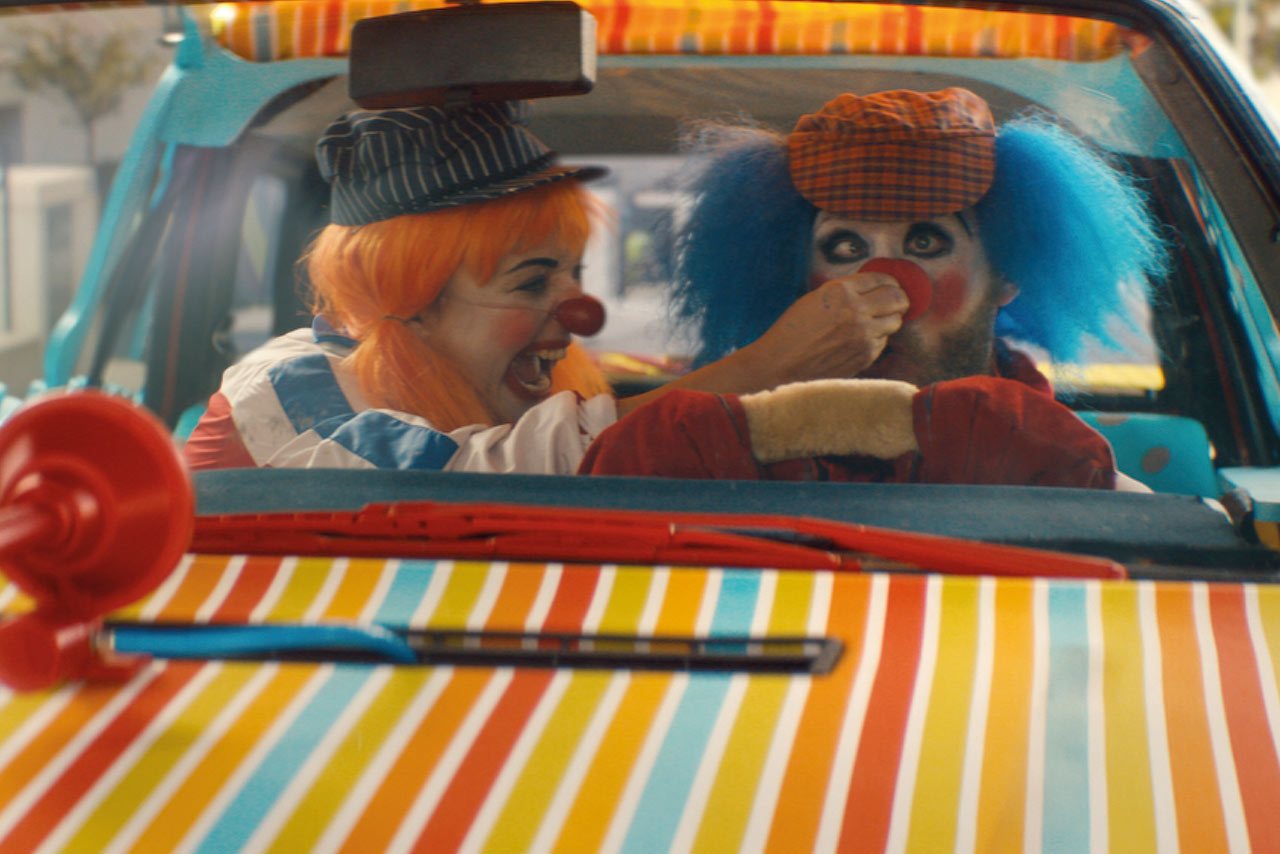 Audi’s marketing director, Benjamin Braun, made an instant impression in his first year in charge. The marque ran a series of emotional stories about the complex technologies and performance of its cars, with four new TV campaigns: "Clowns", "React", "Pure imagination" and "Drag race". All were created by Audi’s long-standing agency, Bartle Bogle Hegarty. These were supported by integrated activity, including a series of animations and illustrations that ran across outdoor, press and online. The latter analysed transport API, time and weather data to trigger relevant creative information at each roadside location, bringing Audi technologies to life.

This commitment to beautiful creativity is paying off, with Audi predicting it will achieve a record number of sales in 2017. 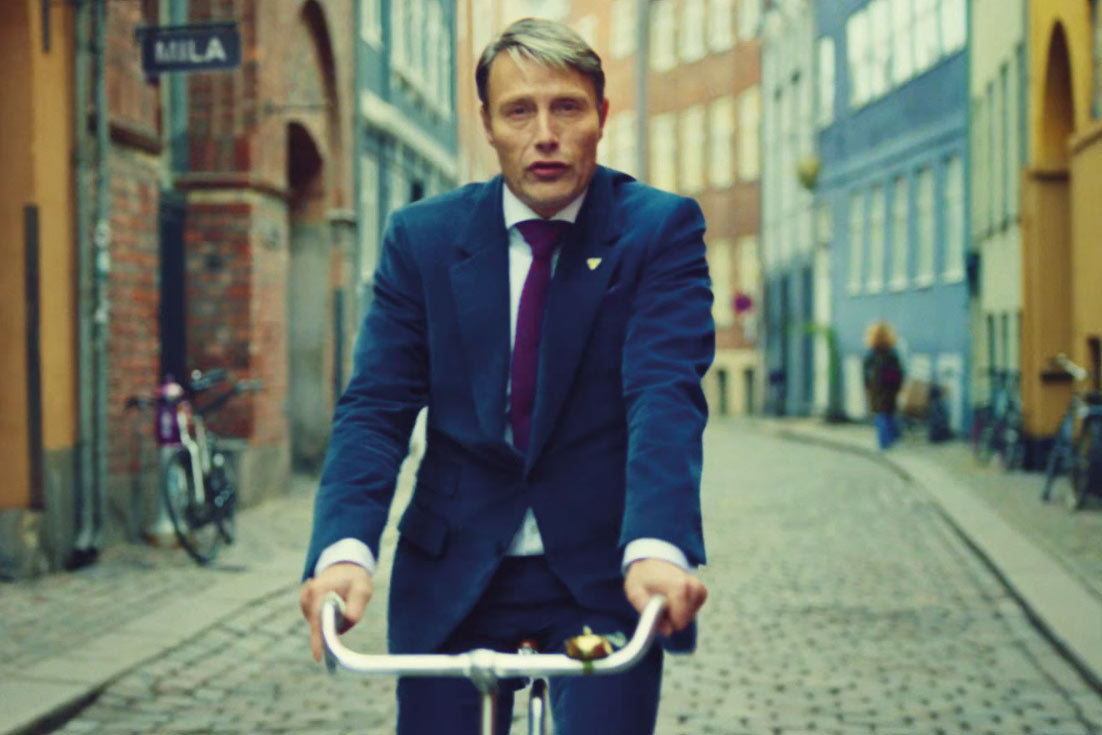 Carlsberg relaunched its brand in the UK with "The Danish way", a campaign created by Fold7, which aimed to tackle the pressing problem that hardly anyone knew the beer originated in the Nordic nation.

Although the campaign was intended originally for the UK only, Carlsberg’s parent company was sufficiently delighted with the homegrown Mikkelsen that they brought him back for a second ad created specifically for the Danish market.

The campaign, alongside a visual revamp, has improved a series of brand metrics. Carlsberg’s global retail sales for the first quarter of 2017 rose by 20% in the UK, with 60% of the 18- to 34-year-old demographic saying they were more likely to purchase Carlsberg Export.

In August, Carlsberg marked its 170th birthday with an ingenious idea: the brewer organised a TEDx event in Copenhagen so that it could enable its long-dead founder, JC Jacobsen, to deliver a talk, via hologram, outlining the philosophy on which he built the business. A short film introducing the lecture explained that Jacobsen had been invited to speak with a message through time. •

2018 will mark the death of the online vs. offline retail war