As the calendar year expires, we're asking the industry's top creatives to name their picks for 2015's most creative ad (that they didn't make)

The results are both varied and surprising. Some of the usual suspects appear (Wieden, Under Armour, Honda, Droga5), but so do some unorthodox choices. (The Catholic Church? The Foo Fighters?) To see the selections from Part 1, click here.

Advertising has always been an intrusion that people want to tune out. If you don’t believe me, the Internet proves it everyday with the "skip button." Yes, now people actually count down the seconds, "Five, four, three …" until they can click away from your life’s work. Which is why Geico’s "Unskippable" ads are my favorite of the year. They dare you to click away, and you simply can't. In fact, the dog on the dinner table keeps you glued in for an additional 90 seconds, as you laugh out loud and spit coffee through your nostrils. All with a big, giant Geico logo smack dab in the middle of the screen the whole time. I love this idea, as it took our industry's least sexy media space and made it into the some of the best and funniest content on the web.

Everyone’s going to give pieces of advertising for this. The interesting thing to me about this evolving business is that because of the Internet, the general public has become as creative (if not more creative) than some of the most inventive ad agencies in the world. The best example of this is? "Foo Fighters Rockin’1000."

This is one of the most original and shareable pieces of content I’ve seen all year. Last year, I would have said it was the ALS "Ice Bucket Challenge." This year, it’s this.

Some people may argue with me that this isn’t an ad. But I’d argue back that it is because the objective was to get the Foo Fighters to come play in a small town in Italy, and it worked. The Foo Fighters paid attention.

I love the challenge that’s before us as an industry. We need to step up our game to make things that people want to share because that’s the currency now: shareability.

Under Armour, "I Will What I Want"
Droga5

We at DDB believe that you can create influential brands by acting at the intersection of creativity, humanity and technology. The Under Armour campaign is a perfect example of changing the perception of a brand by using a human insight and executing and planning it with the highest dedication and creativity and using the full potential of technology.

Great partnerships between storytellers and startups is not new to 2015, lest we forget some of the classic campaigns that helped build awareness of what have become America’s favorite brands: Apple, Disney, Google, HP. While those companies started in garages, Anthony Casalena, the founder of Squarespace, started up in a dorm room with a vision to provide simple, elegant website design for all. Because they are already disruptors in their space, there is a certain willingness to take risks that makes working with start-ups especially dynamic. "We wanted to create a campaign to illustrate that any idea, no matter how wild or weird, can be presented beautifully and meaningfully through Squarespace," said Casalena, who partnered with Wieden & Kennedy New York, to do just that.

Of all the ads of 2015, I love how strange and unexpected "Dreaming with Jeff" turned out. The campaign demonstrates how to use Squarespace by taking the audience through Jeff Bridge’s journey creating his own out-there idea "Sleeping Tapes," an album of strange lullabies performed by the actor. He builds the album’s website, DreamingWithJeff.com, using Squarespace and sells the album on the site, with all proceeds going to his favorite charity. Perhaps more interesting than the ads on the Super Bowl were the YouTube videos of Bridges performing his eerie songs to help lull us to sleep. All of the pieces of this campaign work together to form a successful example of a heightened demo, which I hope will inspire new briefs from brave clients.

Wu Tang Clan, "Once Upon a Time in Shaolin"

"My favorite thing this year was when Wu Tang released exactly one physical copy of "Once Upon a Time in Shaolin" and got everybody all frothed up about the future of music and music promotion No streaming, no iTunes. Just a single album in a hand-carved box with a leather-bound book of lyrics and stories and samurai shit. Insane! In one bold move, these dudes earned more attention, money and respect than they’ve had in years. It’s too bad the highest bidder ended up being that clown who jacked up the prices on AIDS medicine. But even he can’t spoil the fact that somewhere on this planet there’s a new Ghostface track featuring Cher. 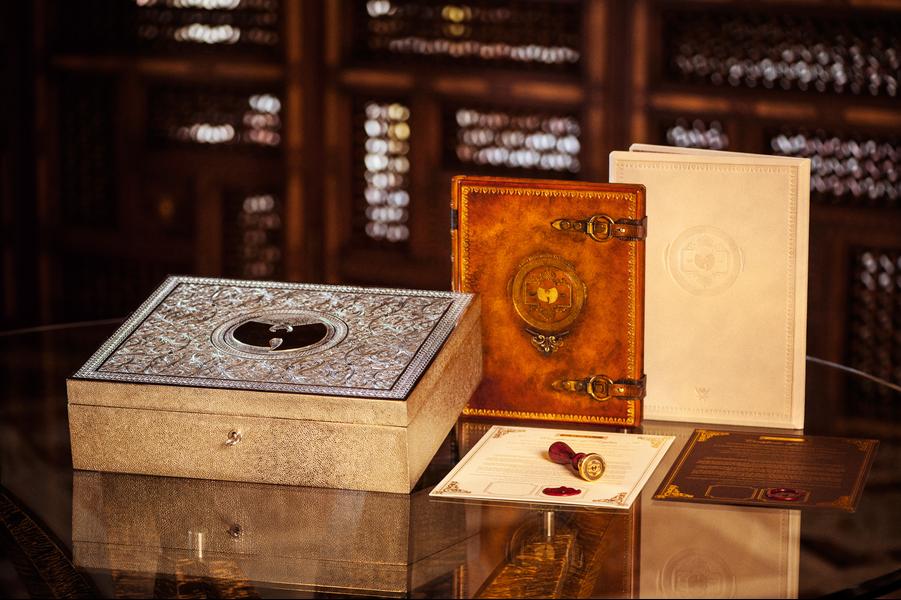 Q&A: Amir Kassaei on awards, cyncism and DDB's plan to pull back

Poll: Do you want your agency to spend less on awards submissions in 2016?

In Dubai, Infiniti puts an 'Inspired Light' show on track