Craft beer is increasingly big business, and for proof, you only need look at the explosive growth of the sector's standard bearer Brewdog.

It has 29 of its own UK bars (as well as 17 overseas), its beers, especially Punk IPA, are now a familiar sight in pubs nationwide – including Wetherspoons – and its supermarket sales in the last year almost tripled, making it one of the UK’s top 100 biggest alcohol brands for the first time.

With massive growth – sales of craft beer grew 23% in the 12 months to April 2017, CGA Strategy data shows – and the fact the consumers are willing to pay more for beer considered "craft", according to the same source, it is no wonder the big brewing companies have been on the hunt for acquisitions.

Three of the top London craft brewers have now been snapped up: Meantime was bought by SABMiller, and then sold to Asahi; Camden Town was acquired by AB InBev; and last month, Carlsberg bought the London Fields brewery. Brewdog itself sold a 22% stake to TSG Consumer Partners for £213m this April, valuing the company at almost £1bn.

But with some craft fans believing that independent ownership is a prerequisite for "craft" status, those brewing giants have come in for criticism. Earlier this month, the Society of Independent Brewers launched an initiative to promote beer that had been produced by its members rather than by one of the multinational breweries. It has also received the support of real ale lobbyists.

A spokesman for Siba says it will be monitoring the success of the campaign through its annual members survey and independent omnibus research.

For years, the fight for decent beer in Britain was fought by the Campaign for Real Ale, set up in 1971 to resist the homogenisation of the British brewing industry that meant "real" ale – ale that continues to ferment in the cask – was in danger of disappearing in favour of mass-produced lager.

But while the 55,000 people who streamed through the doors of Olympia (and steamed out again later) for the 40th annual Great British Beer Festival earlier this month shows that Camra’s founders were onto something, real ale has never hit the zeitgeist like the looser term, craft beer – which may or may not be real ale, and sometimes includes lager.

Tim Page, chief executive of Camra, says that consumers should have the right information to choose their beer.

"There is currently no universally agreed definition of ‘craft’ beer, either in the UK or abroad," he says. "That allows large global brewers, who produce beer in huge quantities, to market their products as ‘crafted’ to boost sales – riding the wave of the popularity of ‘craft beer’ for many drinkers. The discerning customer should have confidence that the beer they’ve chosen is indeed local and artisan, rather than just the product of clever but deceptive marketing." 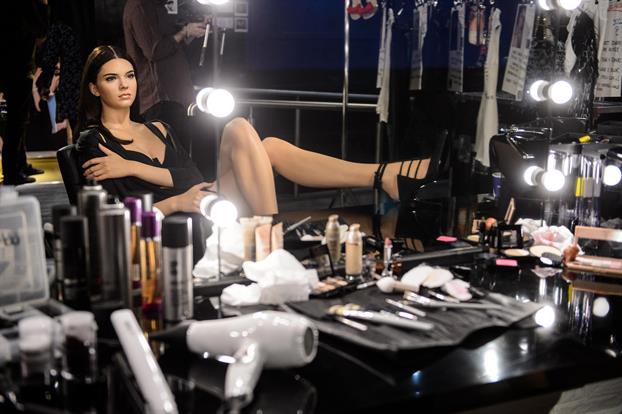 Sophie Atherton, a beer writer and accredited beer sommelier, adds: "I think people have wanted their choice of beer to say something about them for a long time but especially since the emergence of 'craft', beer really has become a political issue. Siba's assured craft beer scheme is a positive move in that respect. Drinkers can be confident their beer is truly from an independent brewery not a multinational peddling a faux craft brand."

It’s the perceived artisan and authentic nature of craft beer that seems to be the main sticking point between the independent and the large brewers, says Zaid Al-Zaidy, the chief executive of Above & Beyond, which works on the Meantime Brewery account.

"Punters will pay more for an authentic quality experience wrapped in a wonderfully crafted brand story. And, you’d expect nothing less for £6 a pint, right? Sadly, craft beer must compete with a British drinking culture that’s happily consumed "watered-down piss" over the last 30 years or so. And so, despite the greatest achievements of the craft beer movement, it’s easy to see how the large breweries are able to fight back with cheap forgeries."

The big brewers, naturally, don’t quite see it that way. Neil Williams, head of media for the British Beer & Pub Association, says that it doesn’t really matter who has produced the beer as long as it is kept in the right condition and served properly. "Bigger brewers can often bring marketing and logistical strength, which enables these beers to be enjoyed by more beer drinkers. Ultimately, investment and support can enable smaller brewers to take the next step with confidence."

This is a view echoed by Bruce Ray, vice-president of corporate affairs at Carlsberg UK, who points out that while its Carlsberg and Carlsberg Export brands will always be the cornerstone of its business, by venturing into craft beer with the acquisition of London Fields Brewery it is simply catering for another gap in the market.

"The London Fields Brewery was particularly attractive to us because we felt we could make a positive difference to the brand," he says. And rather than simply buying a ‘craft’ brand and then mass-producing it on a different site, Carlsberg is reinvesting in what made it attractive to drinkers in the first place.

"In recent times London Fields beers have been brewed away from where it all started in Hackney [east London], but we’ll be bringing the brewery back to its home under the railway arches, preserving its history and heritage, focusing on returning this innovative brand to good health," Ray says.

Rather than be an enemy of independent brewers, Carlsberg aims to position itself as an ally – through its ‘Crafted’ and ‘Tapster’ portfolio, The brewer also offers some support to Siba members by distributing its beers to thousands of pubs that they would otherwise not get. In reality, it is probably more of a frenemy.

As for Carlsberg’s big play on the authentic Hackney heritage of the London Fields beers, Nick O’Quinn, a planner at McCann London, thinks that this is a difficult route to market either way.

"Promoting authenticity comes with its own set of risks – irrespective whether you’re the shark or a minnow," he says. "Take everyone’s favourite craft beer agitator, Brewdog whose unabashed indie creds and proud proclamations of being leaders of ‘The Craft Beer Revolution’ came under scrutiny recently when they threatened to sue an independent pub in Birmingham for having the same name as their vodka.

"When your brand screams ‘punk’ but your legal department mutters ‘trademark infringement’ a schism arises causing loyal fans to cry foul. Authenticity is about more than limited run IPAs, it’s about the business practicing what the brand preaches in everything that it does."

In fairness, Brewdog’s scale makes it an exception to the small independent breweries that Siba represents and which are most likely to be affected by the actions of the big brewers.

Al-Zaidy laments the loss of any independent brewers that succumb to the market forces of the big brewers: "It’s sad to see many independents destroyed by their big buyers, keen to rip the ‘costly’ synaesthetics out of their new brands.

"The flipside is, that fine beer doesn’t have to be the preserve of deep pockets and big companies with vision are well placed to take wonderful beer experiences to the masses with the investment and scale they can bring," he adds.

Ultimately, perhaps the real problem lies with the term "craft". As Camra’s Page points out the lack of a definition means that big brewers are able to use it to describe something that hints at something that is artisan when in fact it may be part of a multinational, either through acquisition or marketing conceit.

Now take a tour of the Meantime Brewery