Breastfeeding mothers throw off the shackles of feeling like cows in a bold campaign from tech start-up Elvie to launch its wearable breast pump.

The Elvie Pump goes on sale in the UK in October and claims to be the world’s first silent, wearable breast pump. It is the second product from Elvie, which focuses on tech innovation for women’s health and has until now been known for its pelvic floor trainer.

Mother London made a music video – with a nod to both Janelle Monáe's Pynk and Dua Lipa's IDGAF – for the product, in which women dance in a barn among dairy cows. The track is called Pumping. Unplugged, containing irreverent lyrics about the realities of breast-pumping. The director, Fiona Jane Burgess, as well as all four dancers, are mothers who have recently had babies.

The idea for the campaign is based on the insight that many women who breast-pump say they feel like cows. Breast-pumping is a cumbersome process that has remained largely unchanged since the breast pump was invented in 1854 and modelled after a cow-milking machine.

"In the past 10 years, there have been 14 new models of the iPhone alone, and the breast pump is essentially the same. It shows where technology is focused, and it’s not on women’s health," Ana Balarin, a partner and executive creative director at Mother, told Campaign.

This video is meant to show the freedom that can come from Elvie’s pump, Balarin said. The device is silent, cord-free and can fit underneath a standard nursing bra. A model even wore it on a catwalk during London Fashion Week. 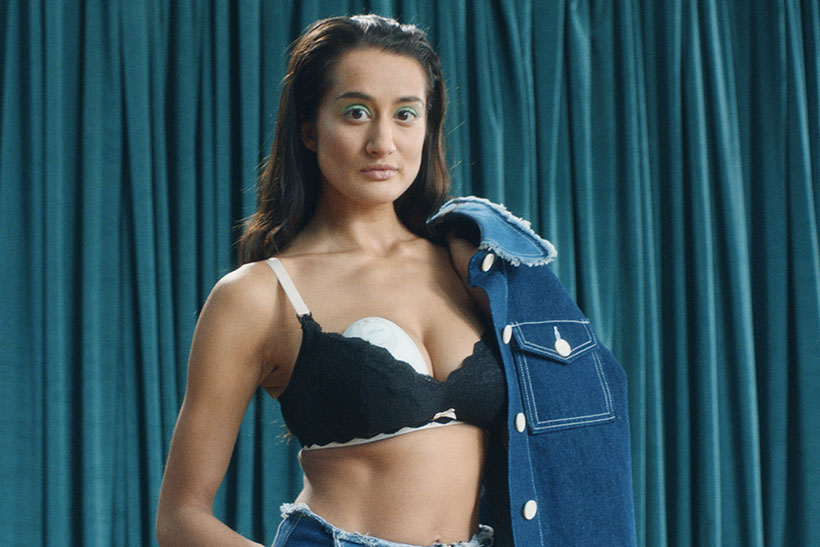 Elvie saw a need to reinvent breast pumps because they do not fit into modern women’s lives, chief marketing officer Darren Goode said, pointing to the fact that most women quit breast-pumping when they return to work. The company believes more than half of new breast pumps will be wearable within the next couple years.

"Women have effectively been screaming for a solution and it’s falling on deaf ears," Goode said. "So many moments of women’s lives have never been touched by technology. Women have pretty much been forgotten in terms of innovation."

When creating the music video, which will run online and on social media, Mother wanted to avoid the conventions of tech demos and advertising to mothers, Balarin said.

"When you’ve just had a baby, you are bombarded with imagery that is all soft lighting, pastel colours, handwritten fonts. It’s so infantilised," she said. "This is about the women and not about the babies."

The campaign adopts a tongue-in-cheek tone because Elvie wants to normalise taboo conversations about women’s health, Goode said: "We should be able to talk about breastfeeding and breast-pumping openly. These are issues that women talk about but have been ignored by tech."

Elvie’s first product, the Elvie Trainer, also tackled a taboo area. The Kegel training device pairs with a smartphone app to help with bladder control, postnatal recovery and sex. Goode said some naysayers believed the product would never sell, but it has since won more than a dozen awards and is recommended by the NHS.

"I’d love women to celebrate this moment with us – the end of the cords and cables," he said. "They can get on with their lives."

Pick of the Week: Elvie campaign breaks breastfeeding taboos with honesty and humour

How Greenpeace touched hearts and inspired action with an animated orangutan

Happy birthday Mother: 10 of the agency's most creative personal projects