Research group is optimistic of minimal hit on global adspend should virus be contained.

EMarketer has downgraded its year-on-year growth forecast for media spend in 2020 by 0.4%, with total billings for 2020 estimated at $692bn.

Previously, eMarketer had forecast adspend to grow by 7.4% to $712bn, but has now adjusted its prediction due to the impact of coronavirus on advertiser plans, predominantly those in China. The new 2020 figure still denotes a marked improvement on 2019’s $647bn. 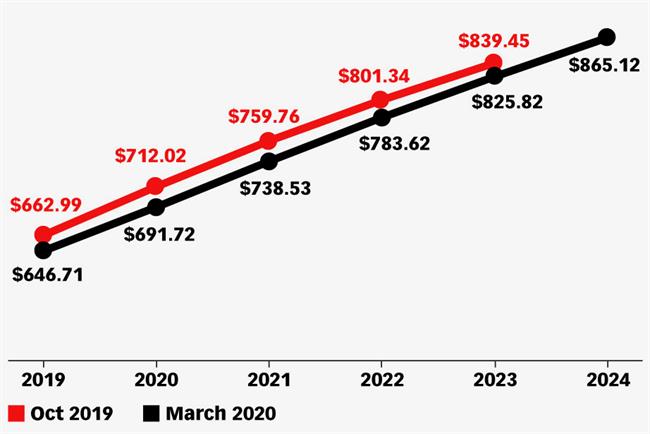 The downward revision is "primarily down to one country", eMarketer said: China, as the original epicentre of the Covid-19 outbreak. The company said that because the virus was discovered in China back in December 2019, it has had time to track its hit on the ad market.

This year, eMarketer expects total media adspend in China to reach $114bn, down from its previous $121bn estimate. It also downgraded China’s 2020 adspend growth rate to 8.4% from 10.5% due to slashed spend on media including digital. 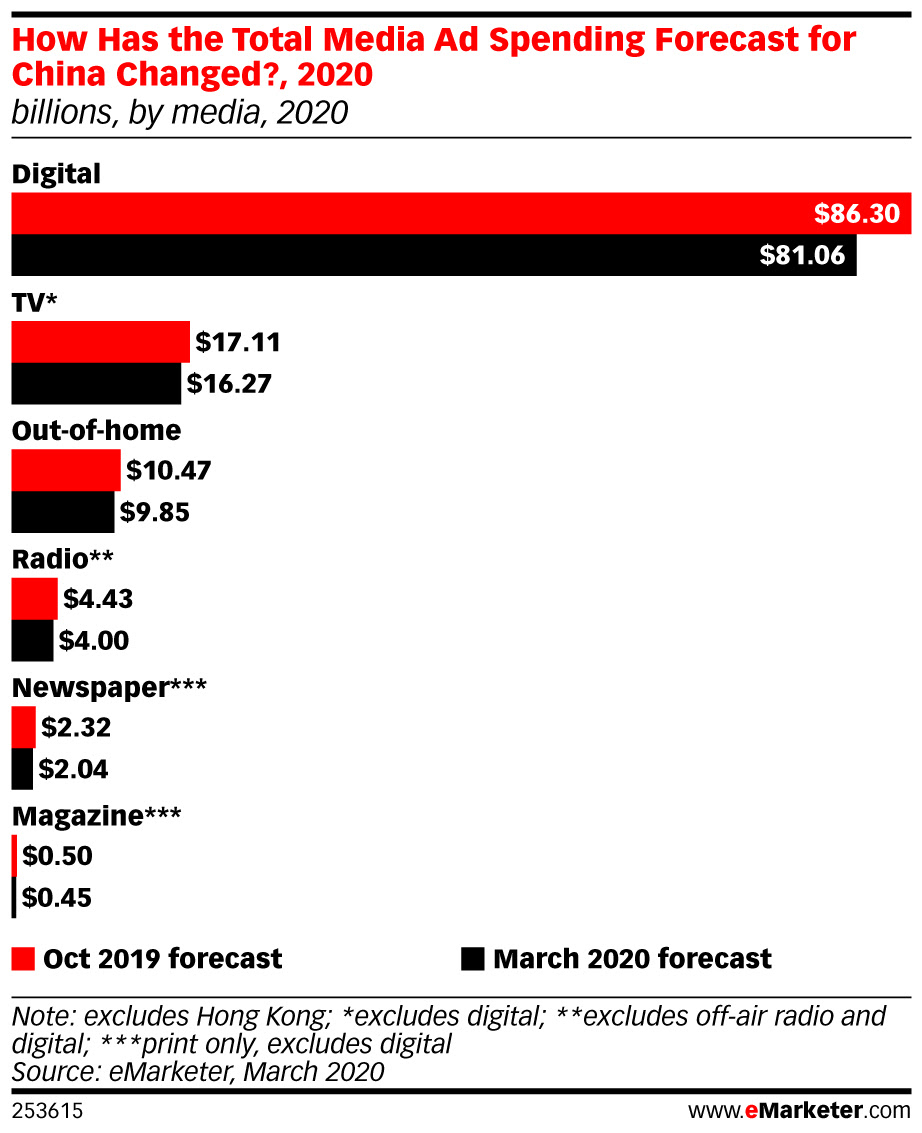 Globally, out-of-home might suffer the most pronounced hit if social distancing and isolation levels grow.

"Consumers in countries with significant numbers of reported Covid-19 cases are already actively avoiding large public places and gatherings, and that may eventually impact advertisers’ willingness to advertise there as well," eMarketer said.

But its analysts said it was refraining from making further adjustments to forecasts, given that "there is still a strong possibility that the virus could be contained in the coming months, allowing for a rebound in H2 2020."

The company did, however, warn of various potential effects of major global event cancellations or postponements, such as the Olympic Games in Tokyo.

"Even as organisers around the world have pulled the plug on many other major events, our forecast assumes that the Olympics will still take place in July and August, and we expect that to provide a boost in ad spending in the US and worldwide."

It added that a "sustained economic contraction" could result in further downward revisions, but eMarketer expressed optimism.

"It’s true that the recent stock market blows from the Covid-19 crisis could bring us closer to an economic slowdown, but it’s important to note that industry experts have been weighing the possibility of a recession for at least a year," it said.

Can Cannes Lions work in October?

With the postponement of Euro 2020, what now for brands and the beautiful game?

$2.5bn worth of new business called into question

Amazon is 'biggest advertiser on Earth' as adspend hits $11bn