Xsolla, a multi-purpose platform that services the gaming community, has broken new ground in the esports world with what it claims to be the biggest campaign ever targeted to this audience.

The marketing spend for the initiative, which launched today, is $8 million. Los Angeles-based Xsolla boasts an ecommerce module that can process more than 700 payment systems, including cryptocurrencies.

It has the potential to expedite the already booming industry by unlocking access to a whole host of new players in countries where gaming platforms traditionally haven’t been able to offer payment in their currency.

"As a partner to the developers, we’re really trying to help them create an experience where the gamer never wants to leave," said Nathalie Lubensky, chief marketing officer at Xsolla. "Anyone can build a game at this point, but no one can build a successful business."

An estimated 2.3 billion people across the world will spend $137.9 billion on games in 2018, according to Newzoo. This would represent an increase of 13 percent from the year before, or $16.2 billion.

The global gaming economy has grown exponentially -- with mobile gaming expecting to generate more than $70 billion in revenue this year. Digital game revenues will take 91 percent of the market with $125.3 billion.

However, Xsolla’s marketing push comes at a controversial time for esports. 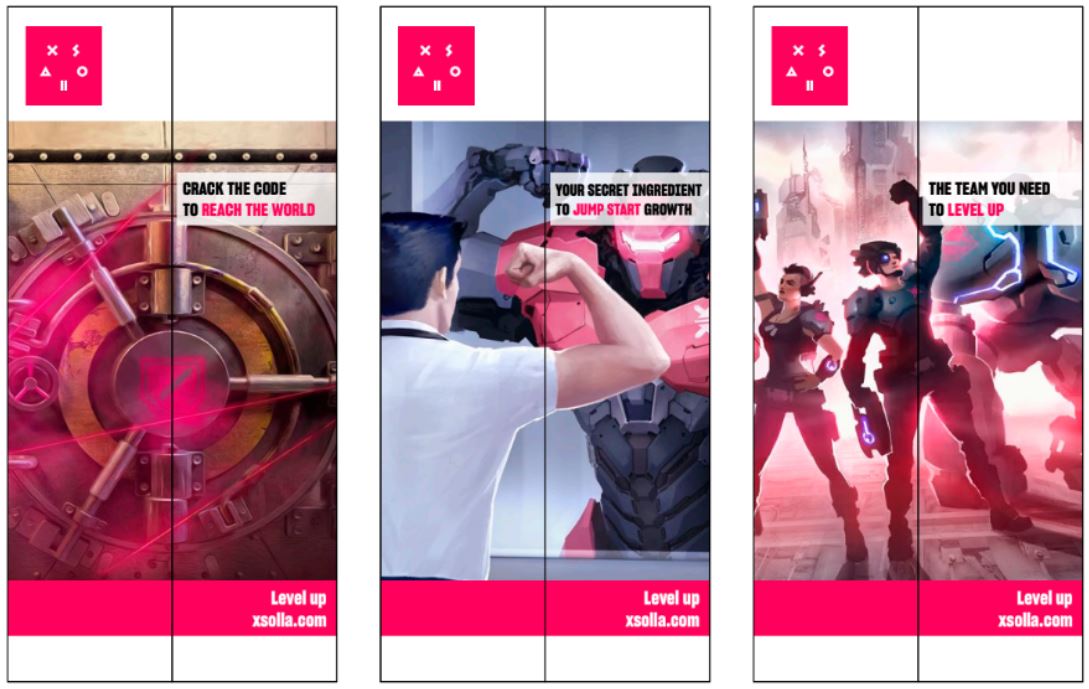 The pay-to-win structure has been condemned by many who brand it as a form of gambling.

In April, government officials in Belgium declared loot boxes illegal. The Belgium Gaming Commission claimed the feature is "in violation of gambling legislation." All developers whose games contain loot boxes must now embark on the arduous task of removing them if they’re sold in the country. Failure to do so could result in a fine of €800,000 ($923,000) and up to five years in prison for publishers.

It’s a move with which esports executives vehemently disagree. Entertainment Software Association president Mike Gallagher is quoted as saying at a recent convention that outlawing loot boxes "challenges our industry's freedom to innovate, and impairs our ability to continuously test new business models, which drive creativity and engagement with our audience."

Xsolla CEO and founder, Aleksandr Agapitov, also echoes the sentiment. He said the microtransaction is not like gambling because the game never gives players money, and argued the unpredictability factor is just one element of gameplay that makes it more exciting.

"The games industry is definitely moving to a game as a service," he explained. "That means it’s not just to ship a game for $59.99 and be done -- we need to support the service with other features, maintain and entertain. People don’t realize that developers need the recurring sustainable revenue to maintain the service."

Lubensky agrees, admitting candidly that she feels differently about in-game transactions through the lens of a parent.

"Xsolla’s about empowering and celebrating game developers, and as we think about how they build their games and content, content is king," she said. "If you’re talking to me from a parental perspective, no, it’s not great. But if you’re talking to me as an avid gamer, then more content is great. More ability to touch and feel and live it as I play the game -- it’s huge. Not only does it really enforce the game developer’s vision, it makes great business sense."

Star Wars Battlefront II developer, Electronic Arts, has since remodeled the design to make gameplay fairer. However, there is no fixed global regulation, and microtransactions  - such as loot boxes - still remain subject of intense scrutiny.

Xsolla’s Goliath payment system essentially props up this element of gaming. But that’s just one pillar in its business model. It offers developers a customer support in 213 countries and territories in 20 languages, has state-of-the art fraud protection, and -- in an industry first -- a user acquisition tool that enables one-stop access and management of influencers and affiliates who market games.

The firm’s experts will give guidance on how to best manage the developer/influencer relationship to ensure trust and transparency -- ingredients more vital to brands today than ever before. Part of the job will be enforcing clear labeling of paid-for content on influencers’ social media platforms, for example.

Xsolla claims it is uniquely positioned to be the number one trusted partner and innovation-enabler for developers, boasting a current roster of more than 1,100 games including Fortnite and Player Unknown’s Battlegrounds. Recent Xsolla developer successes such as Bigpoint Games (Germany), Epic Games (U.S.), and Phoenix Point (Bulgaria).

The team, which asks for a five percent cut of its customers’ revenue as payment, will look to target countries known for housing the big developer firms, including the U.S., Germany, Korea, China, Russia and Japan. But it pins America as the market’s golden goose of the future.

This effort marks a transformation for Xsolla, which offered its technology in the form of a thick, dusty bible for engineers when it was founded 13 years ago. Agapitov said its turning point came when Lubensky joined to spearhead the company’s marketing push.

"You don’t see a lot of B2B brands start from scratch, look at the customers' journey, think through the pain-points and come up with a design that’s thoughtful about what their process is," Lubensky added. "People talk about brands and rebranding as a logo or positioning, but what we’re really focusing on is the entire experience."

Caboodles aims to make a comeback with brand refresh

What marketers can learn about Gen Z from Fortnite's success

What strategists actually do in 50 words or fewer (sort of)