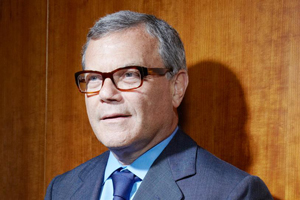 Most read: Chime agrees to sell to WPP/Providence for £374m

After news broke of advanced talks on Wednesday, Chime has announced that it has "accepted a cash offer for its entire issued share capital at 365 pence per share, as well as an interim dividend for the current year of 2.53 pence per share", Campaign's Omar Oakes writes.

Commenting on the deal, Lord Davies of Abersoch, the chairman of Chime, said:

To fulfil Chime’s considerable growth potential, significant new capital is required. Providence and WPP offer Chime both the capital and the industry expertise to fast-track our ambitions to build a full scale, global sports marketing and communications business.

Read more about the deal for Chime.

After three years in the managing director post with Grey, Bill Scott is heading for Droga5 London office as Droga5 Europe chief executive. He takes over the ship from MD Nick Simons, who has been manning the tiller since October 2014 when Kevin Dundas left. Simons will stay and report to Scott.

Keep your eyes peeled for announcements regarding Droga5 Europe's executive creative director, Nik Studzinski left for Karmarama in May.

Emoticons continue their meteoric rise. A new ASEAN market spin on the 'Share a Coke' campaign, 'Share a Feeling', has launched in Vietnam.

Droga5 Sydney developed the concept while Isobar Singapore led the creative output. OgilvyOne and MediaCom have helped deploy it in Vietnam.

The campaign is due to hit the rest of the ASEAN market over the next 12 months.

Marketing's Alex Player disappeared into the outer reaches of the Internet this week and brought back six examples of brands that should have done a bit more localisation work. KFC, Coors, Ford, Pepsi and McDonald's all made mishaps.

For instance, Player writes: "The 'Come Alive You're With Pepsi' campaign did extremely well around the globe, except in China, where sales had dropped significantly since the launch of the campaign. After a little investigating, they realised that the translation into Mandarin and Cantonese" could be understood as "Pepsi brings your ancestors back from the dead."

Check out more examples of taglines lost in translation.

It's time for Campaign's Viral Chart, compiled by Unruly. The number one is AT&T's "close to home, it can wait" by BBDO New York. So you can experience the same doom-laden two and a half minutes we did, let us give you this spoiler - a car crash is coming.

Watch all the videos.

When Sir Tim Berners-Lee talks, it's wise to listen

How stressed are you?