Coca-Cola is launching its sponsorship of the Premier League with a TV ad campaign featuring 250 real football fans covering all 20 clubs in the division to the sound of Yazoo’s 1982 synth pop ballad Only You.

"Where everyone plays", created by M&C Saatchi, also features Manchester United and England star Jesse Lingard, along with former Tottenham and England player Jermaine Jenas in an unusual guise that may find a longer life as a meme: Jenas’s face appears inside a piece of battered fish. 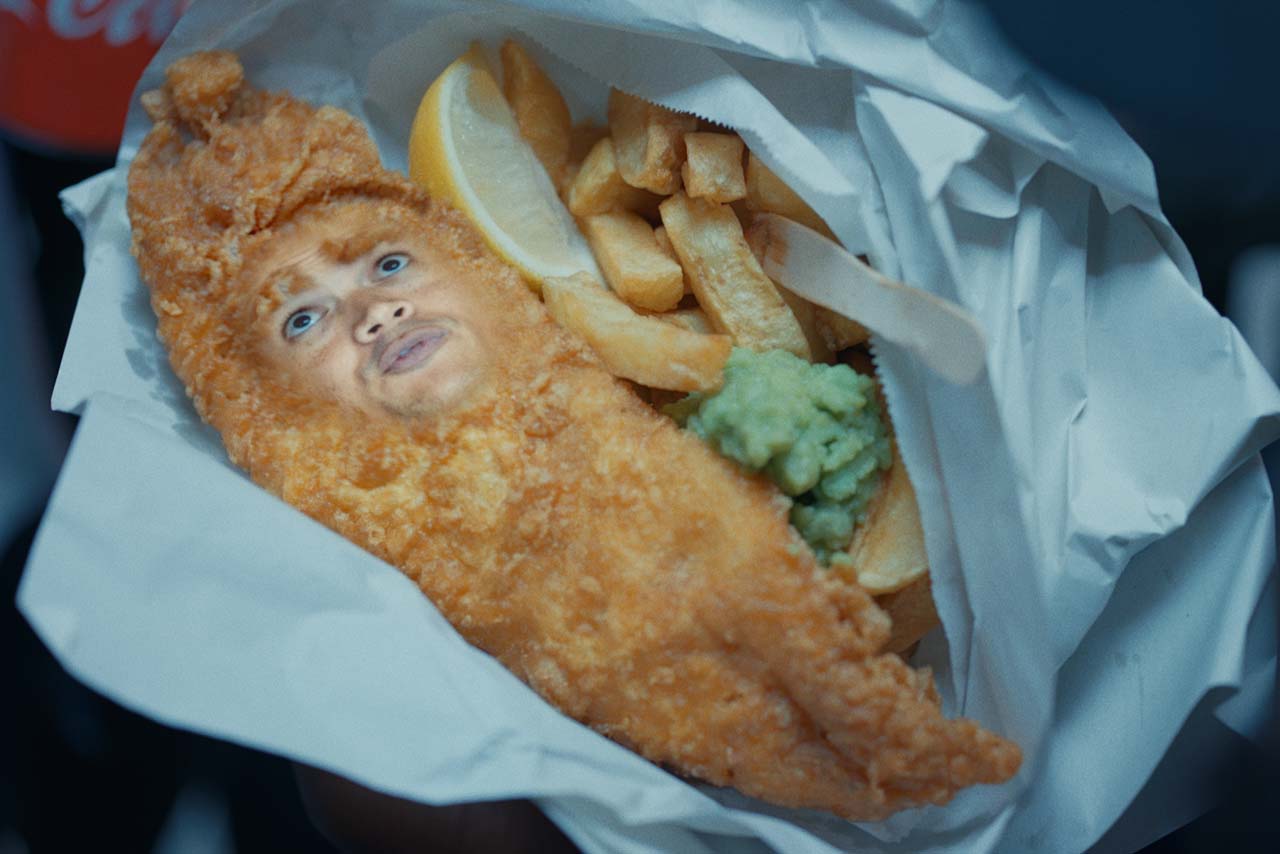 The campaign follows the unveiling in September last year of the three-and-a-half year deal, which marks a first for the soft-drinks giant in incorporating its entire brand portfolio – although this initial work features only Coca-Cola Zero Sugar.

The campaign was created by Dom Moira and Kieron Roe, and directed by Stacy Wall through Rogue Films. It will debut tomorrow (8 February) with a 90-second spot, which will be followed by 30- and 10-second cuts. The media agency is MediaCom.

Alongside the advertising, the partnership will include the first Official Coca-Cola GB Trophy Tour, giving fans nationwide the chance to see the Premier League trophy up close.

There will also be an on-pack promotion for the Coca-Cola Original, Zero Sugar and Diet Coke variants, offering fans the chance to be their club’s "12th player" by winning a fan experience including a hospitality package and tickets.

M&C Saatchi was awarded the advertising work last summer, but its sister agency, M&C Saatchi Sport & Entertainment, which is handling experiential and PR on the campaign, had an existing relationship with Coke. Social media activity is by Kameleon and on-pack work is by Haygarth.

Since revamping Coke Zero in 2016, Coca-Cola has made the product increasingly central to its marketing efforts as it aims to encourage consumers to switch over from full-sugar Coke – an objective that became more financially pressing in April 2018 when the "sugar tax" came into effect, increasing the retail price of classic Coke and other sugary soft drinks.

Paul Grace, who recently started as GB marketing director at Coca-Cola, said: "Our commercial priority is to drive sales of our no-sugar drinks and the Premier League is a great platform to help us do that." 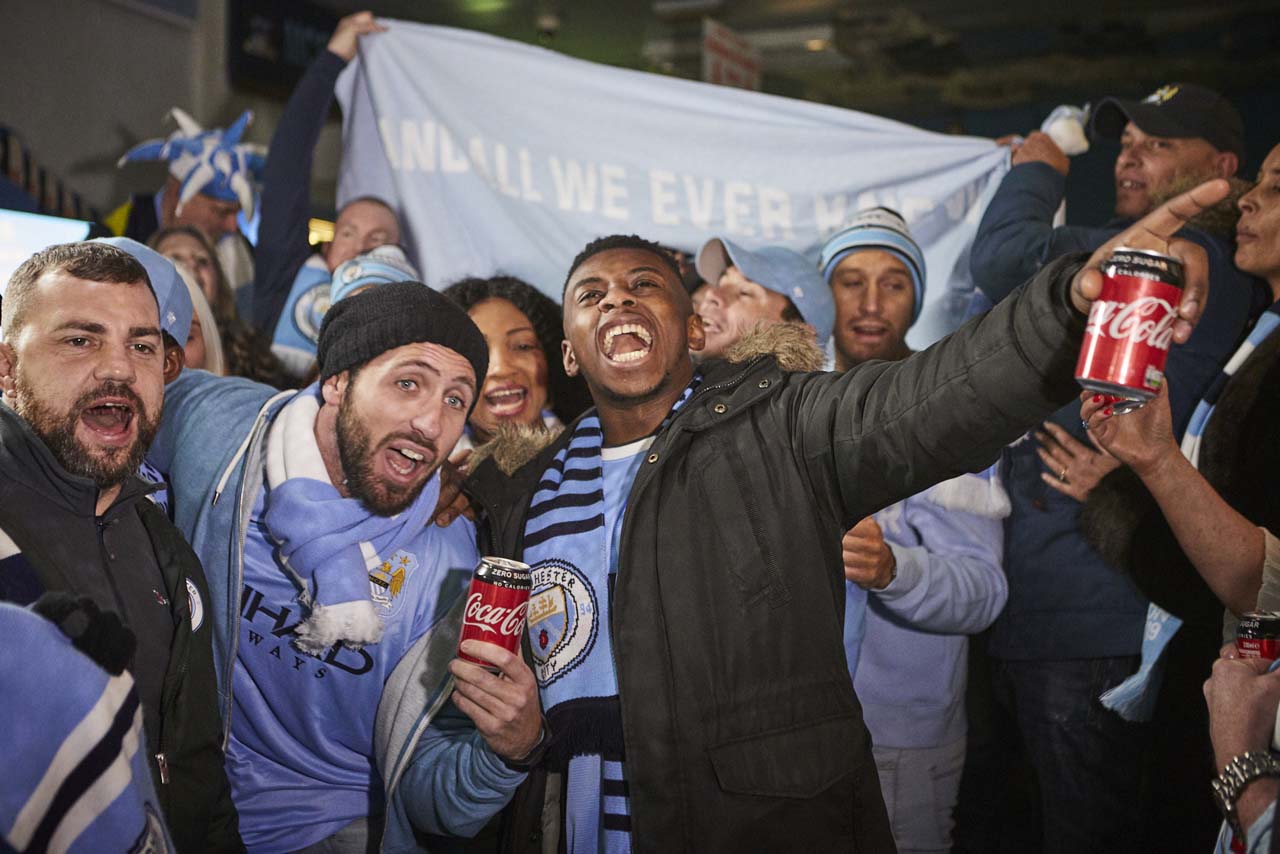 Last year, the company updated the packaging of Zero Sugar, making it very similar to the traditional all-red design of classic Coke, which Grace said had been intended to "introduce a more consistent look and feel and remind people you can enjoy the great taste and experience of Coca-Cola with or without sugar."

The Premier League was a strong fit for Coke, Grace said, because it is "one of the most diverse leagues in the world. It has widespread appeal with men and women of all ages across the country, so it offers a fantastic opportunity to reach a broad audience, all with a shared passion for the game and many of whom already enjoy our drinks."

Sorry, why is Jermaine Jenas a battered fish?

Speaking to Campaign, Moira and Roe said the brief had been to reflect the contribution of fans to the life of the Premier League and the diversity among them.

As a result, the fans profiled are of all ages, ethnicities and appearances. Some, like Everton fan "Speedo Mick", are celebrities within the community of their own club, while others, such as a family of Wolverhampton supporters, are ordinary fans with no existing profile. 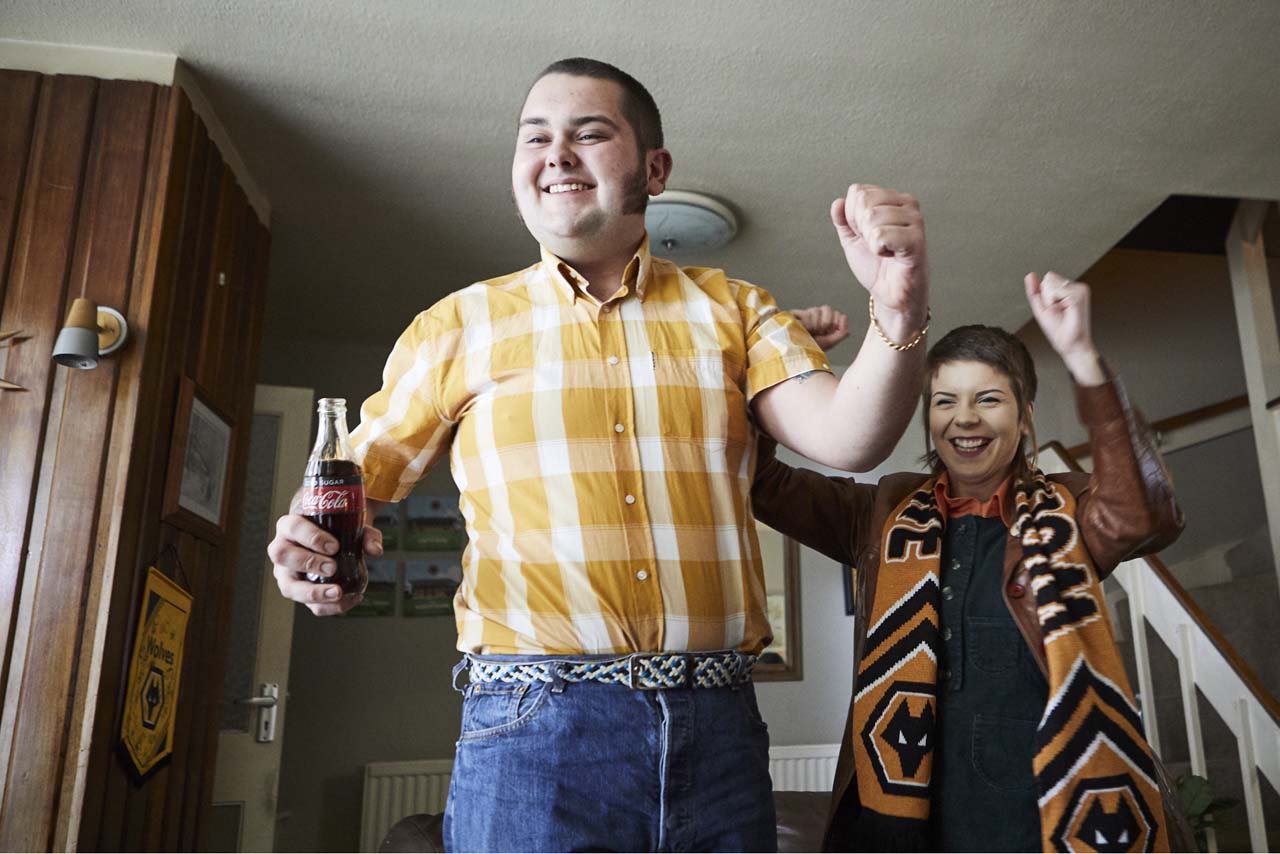 "The Premier League is the most multicultural, diverse league in the world," Moira said, "not just in terms of the players but the fans. The crossover we found with Coca-Cola is it's about a lot of different kinds of people coming together."

One of the first questions they asked, Roe said, was: "How can you overcome the tribalism and rivalry?"

But, in fact, the duo said, despite expecting to find some "animosity" among fans towards rival teams, they found a surprising amount of camaraderie.

"It all came from the word ‘we’," Roe said. "Wherever you’re from, whatever type of fan you are, you always use the word ‘we’ to describe your club." The process of creating the campaign had given those taking part "permission" to "look at other fans through a more positive lens", he added. While he acknowledged that Coke is not the first brand to talk up the importance of fans in sports marketing, Moira argued that this campaign really stood out by making space for fans of all 20 teams. "Usually, the natural feeling was to focus on some of the bigger teams," he said. "But we found that some of the smaller clubs, like the Wolves and the Burnleys, can have a bit more sort of charm."

The strange appearance of Jenas as a talking piece of battered fish was about making sure the ad was "as entertaining and unpredictable as a football match," Roe explained. "Fans don’t just watch football – they take it, play with it, edit their own videos, share jokes online. There’s no rules when it comes to the jokes they make."

"There isn’t really any logic behind it," Moira added – but said the intention was to create a conversation piece.

The choice of song was driven by Wall, who "felt quite strongly it should be a love song", Roe said. "It just opened up a whole new level of emotion – seeing all the fans singing the love song as if to their own club was quite a beautiful thing to watch."

Pick of the Week: Coca-Cola scores with Premier League ad

Carling invests in communities with multimillion-pound 'Made local' campaign