The print and billboard ads trigger autonomous sensory meridian response sounds related to the rituals of drinking a Coke.

I challenge you to look at these sexy visuals without hearing the synonymous moans of Coca-Cola.

Coke’s new campaign, created in partnership with David The Agency, is annoyingly effective.

"As one of the most iconic brands in the world with one of the highest top of mind, we have earned a place in people’s heads," said Camilla Zanaria, CEE Coca-Cola content lead. 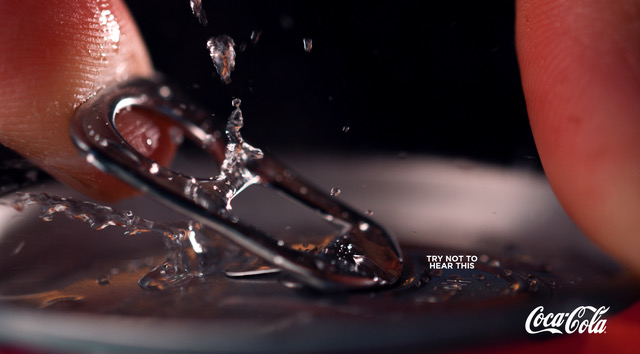 "With this campaign we are aiming to activate that sensorial memory from our consumers, challenging them to hear an image for the first time, finishing our ad in their heads."

The series of photographs show macro imagery of classic Coca-Cola moments: the "fizzing" of the bubbles, the uncapping of a bottle, and the opening of a can. A headline reads "TRY NOT TO HEAR THIS." 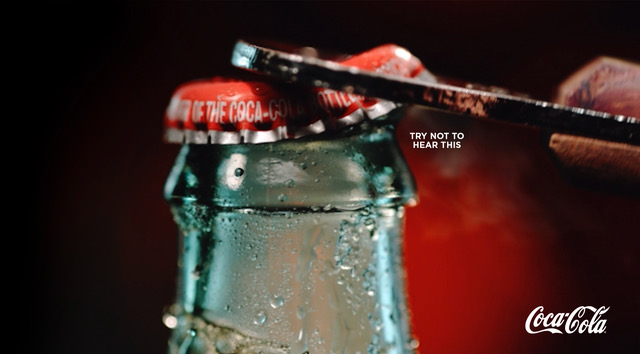 This effect is called synesthesia. It’s when two different senses cross in our brains, producing the impression people are hearing one thing even though they’re stimulated via another sense, their vision.

The multi-market campaign is running in magazines, newspapers and billboards across Europe.