BEIJING — The One Show launched its first-ever festival here Nov. 6 with a parade of speakers who made the trip from the United States to talk about the future of branding.

There are traps you should avoid when designing a product: too much stuff, too much features, too much technology, too much sensors, too much APIs. This is dangerous product thinking. Just adding all these to your product won't make it better for people. Now, more than ever before, the success of product design is tied to the understanding of the behavior and motivations of people. The best product understands context, considers the customer's environment, and progessively augments the customer's existing behavior.

However, people are inherently peculiar, emotional and unpredictable. Say, we have a man using a coffee machine in his kitchen. He uses two coffee cartridges because he thinks it is creating stronger coffee when in fact he may be damaging the machine. Does that give you a hint on how to design a better coffee machine?

Watch especially for involuntary reactions. Even negative reactions done involuntarily can teach you more than positive ones, in order to augment desired behavior.

Whenever you want to do that, demonstrate value with product prototypes in context, and you will get a much more granular response. Just putting disconnected content out there doesn't help a brand, and is not innovative storytelling for sure. A lot of people confuse innovation with variety, but innovation is about doing something that has never been done before. Just generating a lot of variety doesn't mean it's valuable in the way that changes the nature of things. That said, if you practise innovation in the narrowest sense, you just get a lot of variety.

Innovation must be applied to purpose in order to get value. Applying this to storytelling, it is more about telling linear stories, but about engaging audiences in an idea or concept that will please even Simon Cowell. Apple is a master at getting people to buy into the larger picture of why they create their products. It's rare to see someone transcend mediums and paradigms in content creation, though this is a very cliched thing to say. How we make content may be a way to start; stop-motion edits and drone shoots may be ideas.

As agencies, we need to up our game a lot because any laymen with the right technology and enough time can make what we used to make 20 years ago. An agency's biggest competitor today is ... everyone else. Fans have an ability to create compelling content for free, so in a world filled with storytellers, the right strategy, insights and empathy with consumers are an agency's biggest assets. Agencies tend to resist user-generated content, but the days of huge production budgets and timelines are gone, and we need to be quick and nimble. 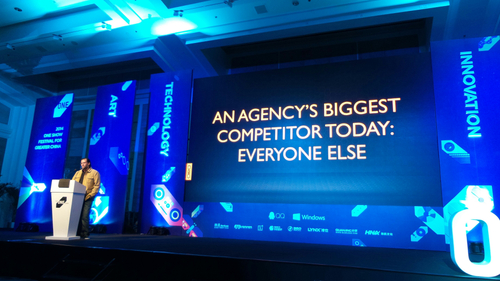 So switch from selling to compelling, like Red Bull, which has become an entertainment property. Like a celebrity. Can a brand become a celebrity? Think about what a celebrity does. Beyonce does not just sell songs, but her soul. MTV does not just sell music videos, but content. Make consumers your fans. But we are not entertainers, so we have to go to them, collaborate with writers and artists. Remember, we still have to sell something in the end, but not the product, but the soul of the brand. I say: Give me 10 percent of the budget of Coca-Cola and we can work with Hollywood for a revolution of branded entertainment. It is going to happen. 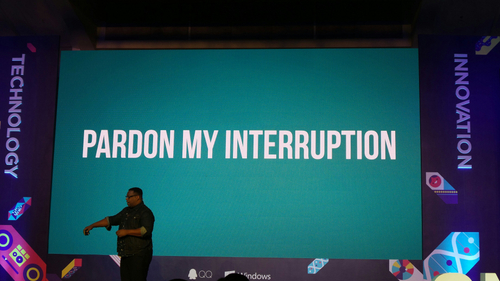