The snack brand is ready for the holidays with Chester the Cheetah-inspired gag gifts.

This holiday season, Cheetos is giving shoppers looking for special gifts a helping hand with some products of its own. How about "Chester Cheetah’s Cheesy Cuffs" for $69 or perhaps "Chester Cheetah’s High Top Slippers" for $29.99? Or for a more luxurious present, the $20,000 ring and earring set encrusted with diamonds.

The Frito Lay brand has opened its own online store this week, selling everything from Chester Cheetah onesies to 18k gold jewelry, taking cheesy holiday gifts to a new level.

Thirteen items are for sale as part of "The Cheetos Holiday Collection," and they all revolve around Cheester the Cheetah, the Cheetos’ mascot since 1986 and "designer" of the products.

There is the $11.99 "Chester Cheetah’s Oven Paw" and the orange "Chester Cheetah’s Bathing Brief" on sale for $29.99. A $11.99 bronzer, called "Colour de Cheetos," is "sure to color you the perfect shade of Cheetos orange while everyone else stands by, green with envy," reads the website. 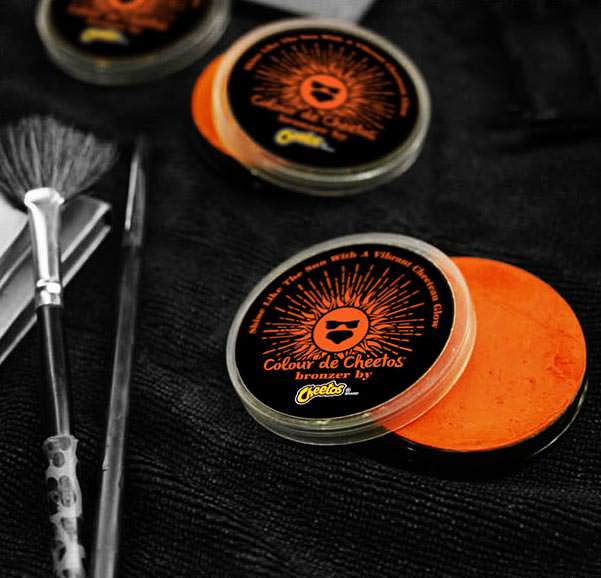 Or, people might prefer to simply smell like a bag of Cheetos. In 2014, the brand debuted the "Cheeteau" perfume on April Fool’s Day. But it was no prank—the brand gave away more than 100 bottles on Twitter, according to Daily News. Now, it’s back and being sold for $18.99. "This ravishing scent is crafted from hand-extracted cheese oils taken from only the rarest Cheetos," reads the website. "With Cheeteau, you’re sure to lure anyone (hungry) around you, for no one can resist the smell of Cheetos." 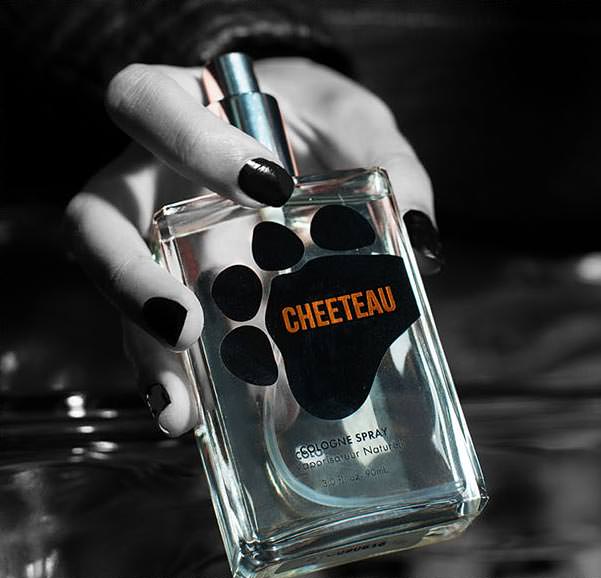 "People love gag gifts," said a company spokesman. "And it’s a fun way to promote our brand and enhance our sales."

I don't think I've wanted/needed something more than this... #goals @CheetosStore.com pic.twitter.com/9IOW3IYL7U

All items range between $7.99 to $99, except for the18k yellow gold ring and earring set, dubbed "Eye of the Cheetah," which is being sold for $20,000. According to the website, the entire set is coated in 190 black and white diamonds with a total carat weight of 3.0. 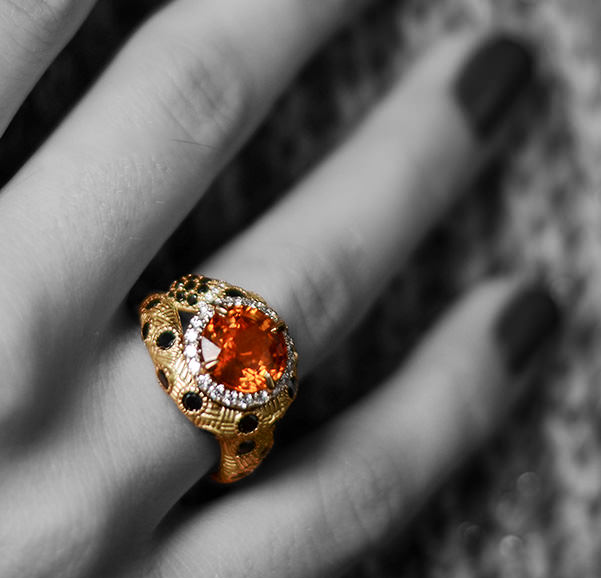 To promote the new collection, Cheetos showcased its products with a fashion show and posted the video to Facebook. The video has received more than 102,000 views.

The Cheetos Holiday Collection is being sold until December 21, 2016, or until supplies last.

Items are already selling out. "The Flamin’ Hot Pants" leggings covered in images of bags of Cheetos, priced at $59.99, are sold out. And so are the "Big Cat Nap Sack," a sleeping bag sold for $49.99, and the "Chester Cheetah’s Lounge Paw," a $99 chair in the shape of a claw.