These international advertisers spend more than $100 million on media spend per year.

Procter & Gamble is the largest global advertiser, perhaps unsurprisingly, with $7 billion in media spend last year, followed by Unilever ($4.1B), General Motors ($3.2B), L’Oréal ($3B) and Renault-Nissan-Mitsubishi Alliance ($2.8B).

According to the new Global Advertising Ranking Report from COMvergence, the top 34 advertisers have a global media spend of more than $1 billion, representing 60 percent of the world’s top 175 advertisers.

The Automotive and CPG/FCMG (personal, home and healthcare) categories each account for 20 percent or $23 billion of the total spend in the study, while food and soft drinks make up 14 percent. These three categories alone make up more than half of the $114.5 billion spent on media globally.

On the agency side, GroupM is the lead media spender across nine categories, including clothing and sports, energy, CPG (food & beverages), CPG (personal, home and healthcare), internet, IT and electronics, luxury, media and entertainment, and travel and tourism.

Omnicom Media Group led the way in automotive, games and toys, restaurants and telecom; and Publicis Media led in finance and insurance ad pharmaceuticals. Dentsu Aegis Network took the top spot in alcohol, with Mediabrands as the leader in retail.

See a couple charts from the study below. 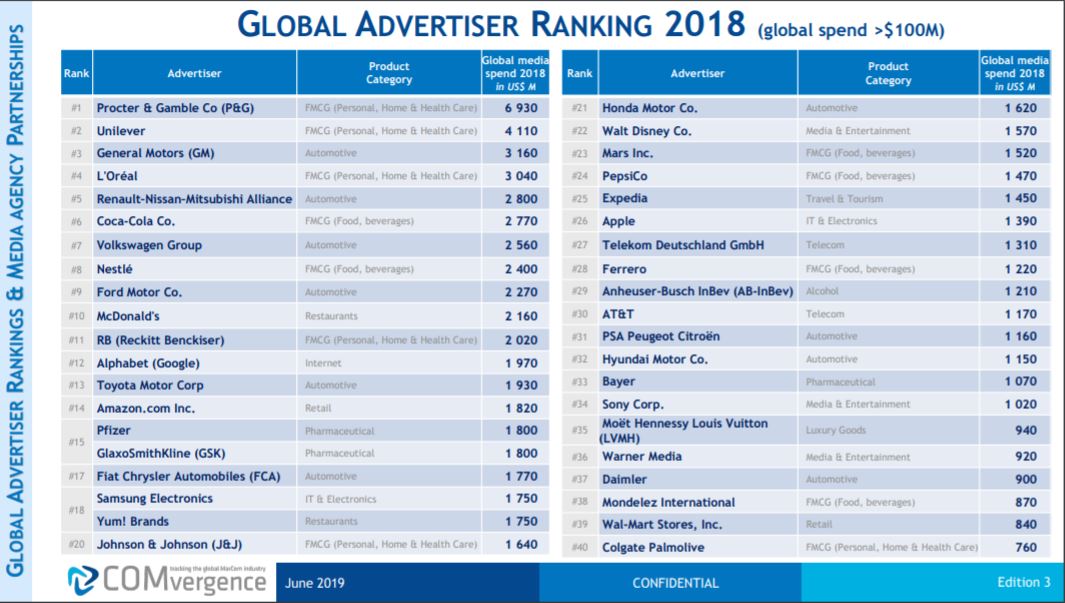 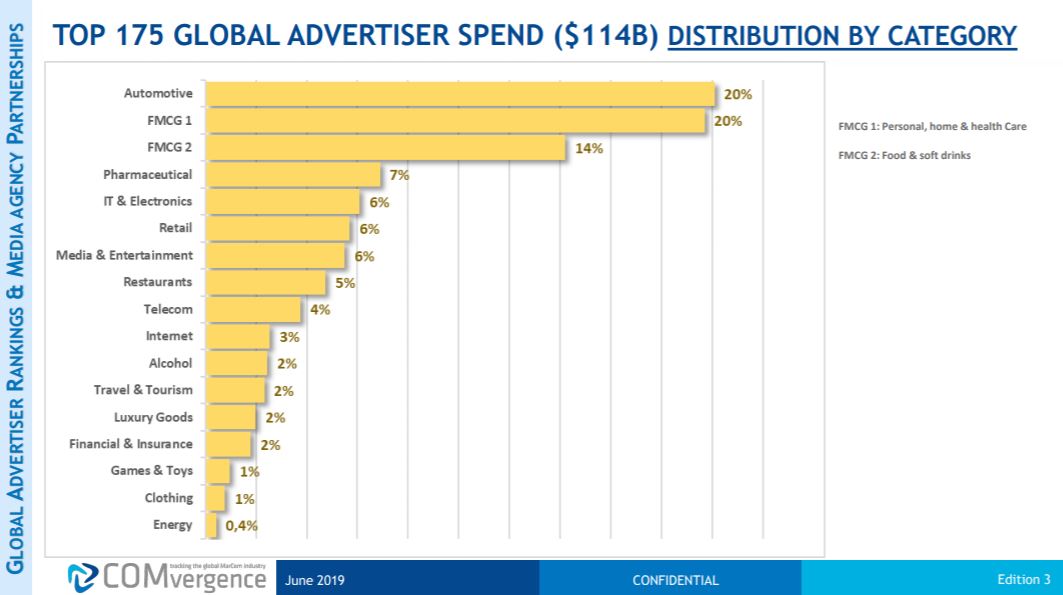 Can we clone Marc Pritchard?

Experience-led retail was the antidote to the apocalypse