Jamie Oliver, Clare Balding, Jimmy Carr, Dom Joly, the cast of Made In Chelsea, the presenters of The Last Leg, the stars of Googlebox and new signing Paul Hollywood from Great British Bake-Off, with trays of free cupcakes, were just some of the stars on show.

This was a big turn-out, as befits Channel 4’s most important night of the year for wooing the ad industry.

But I felt the broadcaster could have made more of the occasion in The Roundhouse, a theatrical, circular venue in London’s Chalk Farm.

For a start, it was shorter than in recent years – barely one hour compared to nearly three hours last year at Old Billingsgate.

It meant Jonathan Allan, the sales director, who flew onto the stage attached to a zipwire at the start, kept his sales pitch short and included few numbers or details beyond a claim that Channel 4’s share is at "an all-time high" and is "still the youngest and most upmarket sales house". 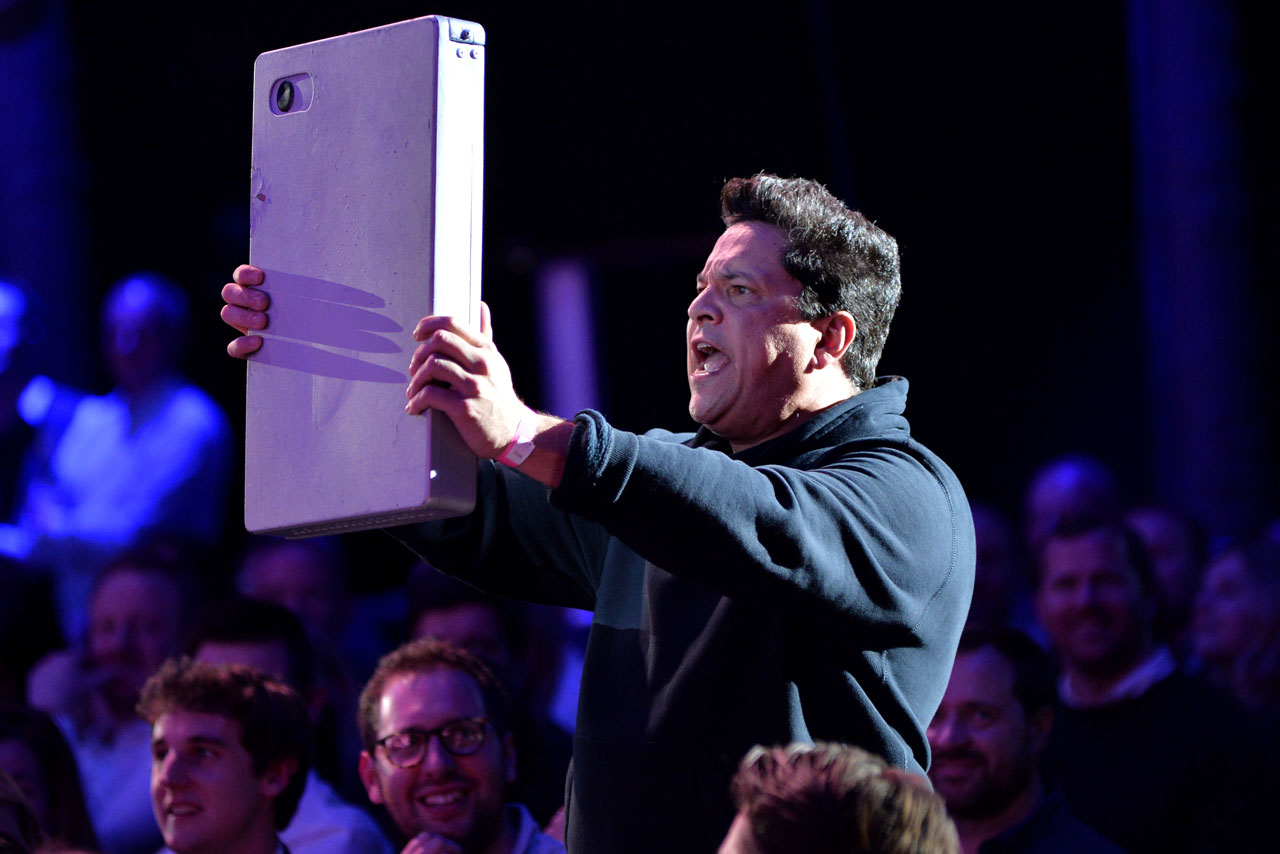 Maybe most of the 600 or so people in The Roundhouse – roughly two-thirds from brands and a third from agencies – have heard it all before, but it felt like a missed opportunity to champion the future of TV and innovation to this smart crowd.

Allan did give the briefest of name-checks to the recent IPA research that showed TV is "more effective than it’s ever been" and he reeled off some of his team’s best work, including that cheeky Maltesers commercial, "New boyfriend", for the Paralympics and Ronseal’s three-minute ad break, "Watching paint dry".

But I would have liked to hear a passionate declaration about why free-to-air commercial broadcasting and mass, simultaneous reach matter at a time when Netflix and Amazon are doubling down on programming in the UK and Facebook and Google are sucking up advertisers’ money.

Allan’s message that online service All4’s ads are 100% "non-skippable" and play with sound was about as close as he got to challenging the tech giants.

He did drop a couple of useful nuggets. Half of Channel 4’s online video views are now watched on the big screen and branded content revenues are up sevenfold in two years.

What I missed was some brain food to take away from the evening because, unlike in recent years, Channel 4 did not use these Upfronts to discuss industry trends.

In 2015, agency chiefs including Tracy de Groose, Josh Krichefski and Dan Clays spent 20 minutes debating the future of TV. A year or two before that, Jamie Oliver starred in a fascinating discussion about brands and content.

This year’s focus was on programming chief Jay Hunt’s content plans for the year ahead.

The line-up looks good, without being exceptional. New factual entertainment includes Mutiny, a recreation of how Captain Bligh survived being marooned at sea, Our Guy In China, a travel series with Guy Martin, and How Did You Get To Be So Rich?, a documentary show with Katherine Ryan. 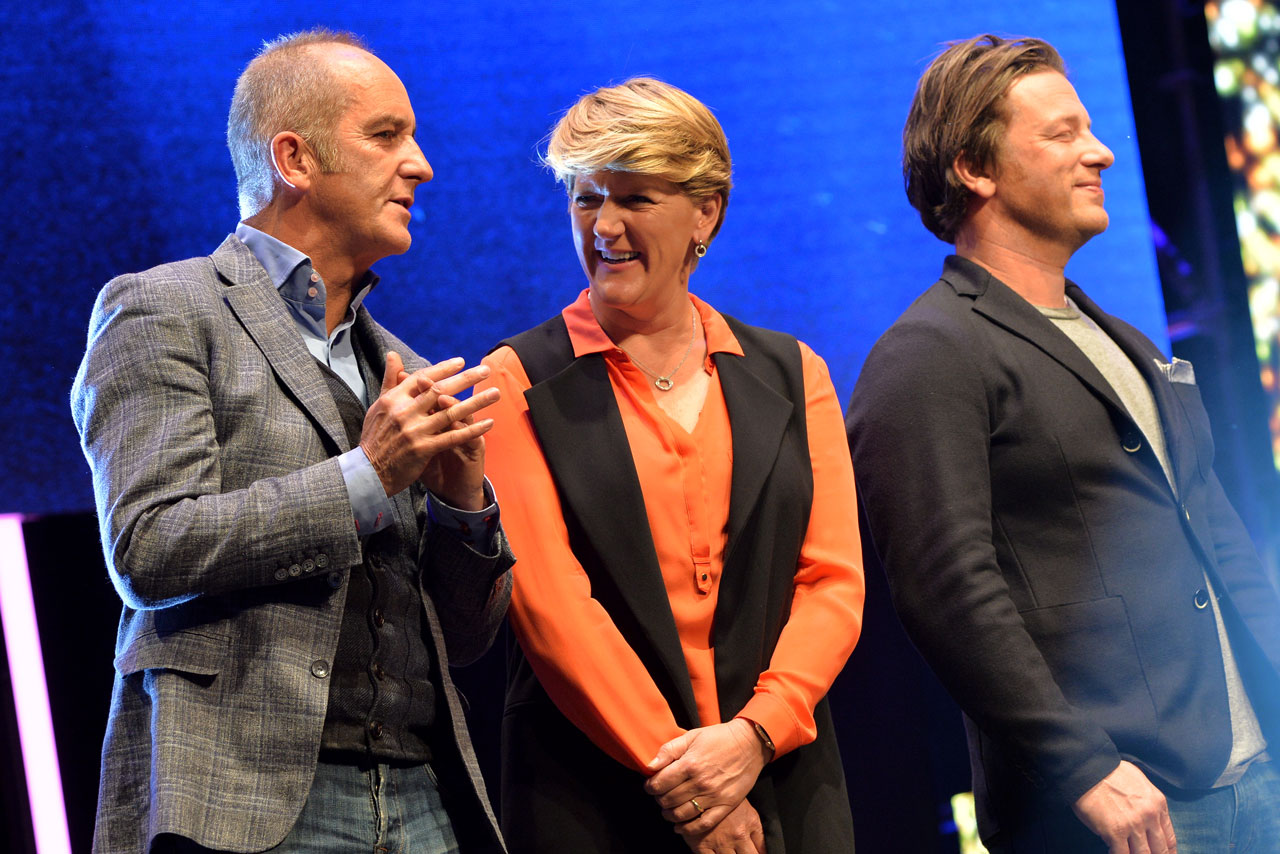 There is also new drama Electric Dreams, based on sci-fi author Philip K Dick’s stories, and an animated adaptation of We’re Going On A Bear Hunt for children. And lots of trusted formats will return, including Gogglebox, Catastrophe, The Jump (the Group M-backed show) and Homeland.

And yet I found the mood subdued. It started with chief executive David Abraham’s address when he suggested the crowd should say "boo to Brexit" and wished Theresa May’s new team would finally give some "clarity" about whether it wants to privatise Channel 4.

Allan also mentioned "difficult times ahead" – an apparent reference to the ad slowdown since the Brexit vote.

Then there were the overly-scripted links that resulted in several star guests stumbling over the auto-cue. There was another leaden moment when an empty Formula 1 car was lowered from the ceiling onto the stage to herald a segment on motor-racing, only for the vehicle to be left standing as the presenters ignored it.

The best moment came from Hunt at the end when she thanked advertisers for funding the programming.

"I passionately believe that what Channel 4 does matters," she said. "As the world gets crazier day by day – it’s been a crazy few days – it’s never been more important that we have a channel that gives a voice to people who can’t be heard, that champions tolerance, that at its very best reminds us all about the differences that makes us human.

"Now that channel is Channel 4 and I hope tonight, like me, you feel really proud to be part of it."

That sounded like a pitch to be the next chief executive, especially given the chairman, Charles Gurassa, was in the front row.

If I felt Channel 4’s Upfronts lacked the confident brio of recent years, advertisers didn’t agree at the after-party where Tinie Tempah and Charlie XCX performed and the drinks flowed.

"They smashed it out the park," Catherine Becker, chief executive of VCCP Media, said.

Another agency leader hoped the big turn-out of talent on stage signalled that the broadcaster is willing to be more commercial with its stars and get them more involved in branded content, as ITV has done with Ant and Dec on Suzuki Saturdays.