LAS VEGAS — I am back at CES for my 11th year. (Maybe 12th. I’ve lost track.) The way that I usually describe CES to newbies is that the first time you come, you are overwhelmed and in awe of the sheer size of it all. The second year you attend you are impressed, but not much has changed. The third year, you feel like you are walking through a very big Best Buy or Fry’s.

After seeing what I did yesterday, I think I may have to change that up a bit. CES has officially evolved, or better put, the Consumer Electronics marketplace has.

CES is also a great way to kick off the year in the advertising industry. We all have our loyalties to the companies we work for, but we also have many friends from past lives who we rarely see. The annual gathering of the advertising industry in Las Vegas provides a unique annual opportunity to see friends and past associates. Even if you see them for a brief moment, it reminds you why our industry is unique, special and a privilege to be a part of.

Over the years, I have taken many Omnicom clients on tours of the show floor. It’s one of my favorite things to do. The only downside is that I end up seeing the same core booths (Sony, Samsung, LG, Panasonic, Sharp, Intel) over and over and haven’t had nearly enough time to spend in the innovations areas.

Last year, I promised clients that we’d switch it up a little and spend much more time in the innovations areas, which seems to have been a good promise. This year, the Sands Expo (which is part of what CES refers to as Tech West) is a major hub incorporating Internet of Things (objects with Wi-Fi and Sensor tech built in); Robotics; Fitness Tech; 3D Printing; Smart Home; and many other startup innovations 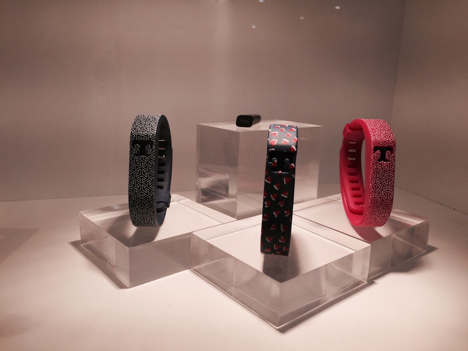 Tuesday afternoon I enjoyed a client tour of Tech West. Didn’t really get through it all, but everyone was impressed with how much the Fitness Tech and Wearables have grown and evolved (although can someone please find a better way to demonstrate the technology than the model on a treadmill?)

By the way, if you need to buy an expensive treadmill, make sure to stop by the Sands Expo on Friday as they have at least 30 that I counted! One clear trend: technology moving to the background and fashion moving to the front. Withings showed off a fitness and sleep-tracking watch, the Withings Activité Pop, that did not look like a tech product at all but more like a Swatch. Fitbit highlighted a line of Tory Burch product that could easily pass for jewelry, and many were enamored with Misfit’s Shine wearable featuring Swarorvski crystal.

I was happy to see at least some advertising-centric exhibits on the show floor, including Idomoo, a technology that personalizes online video ads based on Facebook Connect or the marketer’s first-party data.

I have to mention the Girl Scout Cookie booth. I had heard that they launched a mobile app to buy the cookies, but I was pleasantly surprised that they had a fair large presence on the show floor. They also had actual Girl Scouts demoing the product and in the process selling cookies. Really good way to show that this cultural institution is not behind the times. 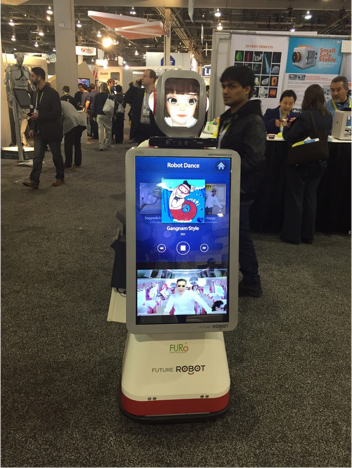 So maybe I’ve been living under a rock, but when the heck did the "Selfie Stick" become a thing?

Breezed by robots and 3-D printing today. The Fuel3D scanner is both amazing and frightening: a handheld 3D scanner that can scan your face, then send it to be printed into a mask. Makes the movie "Face/Off" (you know, the one with John Travolta and Nicholas Cage) seem a little more likely. Also, good to see the year-over=year evolution of the Furo robots. They continue to get more sophisticated and fun as potential ad vehicle. (Yes, they are cheesy.) 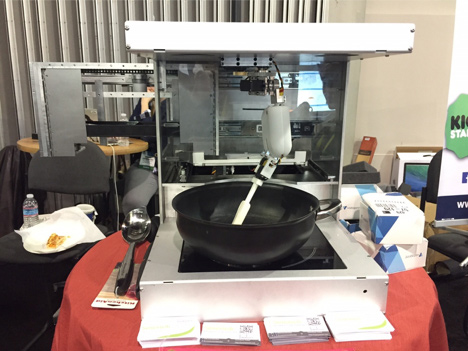 So as a lifelong "Star Trek fan" (mostly of Original Series and TNG), I found two new technologies that seem to fulfill on the vision of the series. There was Lexifon, a version of the "Universal Translator." The service, developed in Israel, lets two people speaking different languages have a real-time conversation.

Then there was a first step toward the food replicator. Called Cooki, it was developed by an 18-year-old girl who likes to push buttons, and in development by startup Sereneti Kitchen. Simply find a recipe on the app, put the ingredients in the machine and let Cooki do the rest.

Gaming at the tipping point: The rise of the new gamer

Networks might be able to provide that startup buzz

CES post-mortem: Advertising, but not as we know it

CES spoof: 'I can't wait until we don't have to move any more'

CES 2015: The future of wearable technology

CES 2015: Intel CEO urges industry to 'step up and do more' about diversity

CES 2015: All agencies are creative agencies

CES 2015: How technology is redefining the live experience

CES 2015 features self-driving cars and the Internet of things