Brands from Bacardi to Polaroid to Blackberry have granted CD titles to hip-hop moguls and actors. What, if anything, are these stars actually doing for the company?

That relationship, says Beatz, 37, is a no-brainer. "Bacardi has been the first company that I’ve seen really get into the power of creativity and not just think about the brand," he said in a telephone interview. Of course, he acknowledges, "it has to be about the brand at some point," but the goal is for that fact to be organically and "authentically" conveyed to the masses. And what better messenger than a Bronx-born hip-hop mogul who positions himself as a man of the people?

As Bacardi CEO Mike Dolan said in a statement, "For Bacardi, having Swizz as a partner represents an opportunity to sell more than just bottles and cocktails. It represents a convergence of our brands in lifestyle and cultural experiences."

Beatz isn’t the only multi-hyphenate to lend his business acumen — or at least his persona — to companies and products with whom they have little in common.

Gwen Stefani, who has never been vaunted for her technological expertise, was creative director for HP. Lady Gaga held the same position at Polaroid, Justin Timberlake at Bud Light Platinum, and comedian Rob Riggles at Holiday Inn Express, a role created just for him. Nick Cannon is the chief creative officer for Radio Shack. As for Jay-Z? With his past roles whipping up products for Brooklyn Nets and Budweiser (among many other deals), it’s a wonder he had time to twirl Becky with the good hair, or anyone else.

But what, if anything, do these celebrity creative directors actually do for the companies that hire them, besides cash hefty paychecks?

That depends on whom you ask.

According to the brands themselves, the famous gurus spend hours strategizing, brainstorming and poring over business plans.

Stefani, for example starred in an HP commercial and allegedly designed the "HP Photosmart R607 Harajuku Lovers Digital Camera," of which only 3,000 were produced.

"We decided to launch a fashion and accessories line based on the same Japanese influence as my album 'Love. Angel. Music. Baby,' " said Stefani in a release at the time. "A camera is clearly a modern-day accessory, so I thought, 'Why not design a unique, stylish version of it?' So we added it to the line, and it's super-kawaii ('super-cute' in Japanese)."

Gaga took credit for the Polarez GL20s, a pair of glasses that takes pictures that are displayed on OLED screens on the front.

As for Riggles’ most exhausting task? Ushering in the company’s new coffee makers — er, "brewing system" — which are ensconced in every guest room. His "clever contributions" are featured on the brands YouTube, Instagram, Twitter and Facebook pages.

"I’m pumped to continue to bring my passion for push-button machines to Holiday Inn Express hotels with the debut of Keurig® brewers in all rooms," said Riggles.

Those in the trenches don’t buy it. And they don’t they think the public does, either.

Martha West, associate creative director at McCann New York, concedes that plenty of actors and musicians may have creative ideas that could benefit a brand. But "you still have to sell that idea in and get brand approval," she says. "There's probably a reason these relationships between brand and celebrity are short-lived. Being a creative director in practice, not just in title, is another full-time job and I would imagine a job for which most celebrities don't have time."

Jay Gelardi, an executive creative director at CPB Miami, believes these titles are simply the latest iteration of ‘brand ambassador."

"They’re just trying to do it in a slightly more evolved way, or at least convince consumers that’s what they’re doing," he says. "There’s a little bit of desperation in it."

Richard Laermer, the chief executive of RLM Public Relations, takes it a step further. He often fields similar offers for his celebrity clients. In his opinion, these relationships are "total bullshit," he says. "Most of the brands are really wasting their time and money and effort. I don’t think it works."

One of the main problems is that the alleged "authentic" synergies are often as authentic as a Melania Trump speech. 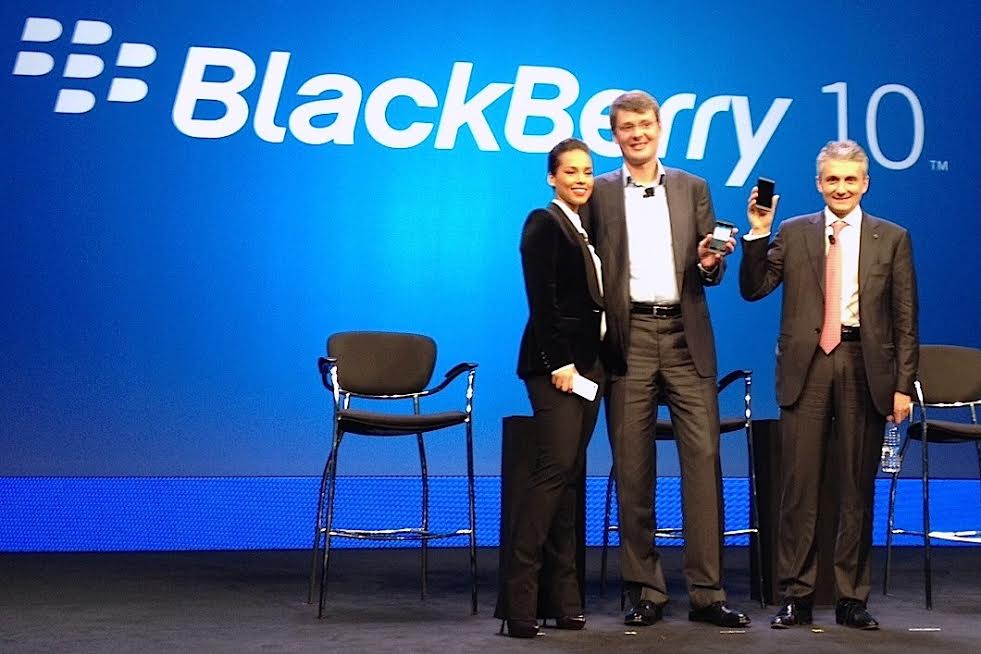 As global creative director for BlackBerry, for example, Alicia Keys (Mrs. Swizz Beatz!) reportedly worked mano a mano with app developers, content creators and retailers. "From music to books, to film, to apps, Keys will lead the charge of enhancing entertainment consumption and distribution, through the power of BlackBerry 10," the company said in an announcement.

That was all well and good, until Keys was — oops! — accidentally caught texting from her iPhone, despite telling the New York Times that BlackBerry was the only mobile device to have her heart. Instead of apologizing, Keys claimed to have been hacked. BlackBerry fired her.

Other companies have tried to learn from that mistake. The relationship between Nick Cannon and Radio Shack is completely legit, says Michael Tatelman, the company’s chief revenue and marketing officer. According to Tatelman, Cannon approached the company last summer and asked to get involved. "He had a lifelong affiliation with Radio Shack," says Tatelman. "It’s almost hard to fathom — when he was like eight his grandfather died and left him music gear and mixers, and he had no idea what to do with them. He went to his local Radio Shack in San Diego and they taught him how to use it.

"His mother told me this story directly," Tatelman added. "I know it’s true."

He won’t disclose how much, or even if, Cannon receives money for his involvement. (Hint: Likely.) But they talk "literally all the time."

"We have an unbelievable collaborative relationship," says Tatelman. "He’ll be here all day Thursday. We’ll review the final prototypes for the holiday period, products he’ll already have seen a couple of months ago, having input on specs, colors, features. From ideation to every step of the development process, Nick is involved."

Whether the union actually translates into dollars and cents is another matter. Gelardi once worked with Intel, which had hired musician and activist will.i.am as its director of creative innovation. On the one hand, it was a ludicrous notion. "No one is going to buy the fact that he’s sitting around talking about how to develop micro-processors," he says with a laugh.

On the other hand, the Black Eyed Peas frontman did manage to lure young bodies into an event for a new computer chip. "A whole bunch of kids turned up to hear him speak," said Gelardi.

Bacardi stresses that Beatz is more than a brand ambassador, those well-traveled spokespeople who "work with the most influential bars and bartenders and help educate them on our projects and brands," says Bacardi spokesperson Amy Federman.

No, Beatz is an actual partner, who’s helping the company curate programs like an upcoming art fair in the South Bronx from August 11 to 14, along the lines of the one he held with Bacardi at Art Basel in December. "It’s gonna be insane," says Beatz. "The artist keeps 100% of the proceeds. We have the partnership with Bacardi and can integrate culture in a creative way and not just hold up a bottle saying ‘Drink Bacardi.’ "

How CMO Mauricio Vergara is making Bacardi relevant, even after the ball drops

Santa Clara got a brand overhaul for the Super Bowl. Will anyone notice?

Finding a fit for Levi's