Some industry leaders have lamented the rise of purpose-driven advertising, claiming it can harm creativity. But a new generation doesn't want to choose between helping clients and helping the world.

The absurd set-up for the recent Oasis spot from The Corner expertly spoofs the cause-marketing genre, lampooning brands that have jumped on to this bandwagon. In the spot, two strangers meet in a sparse room to share a soft drink. But there’s a twist: the bottle is specially constructed with a cap and neck at each end to allow both people to drink from it at the same time. They struggle at first, before finally finding balance and refreshment, as a voiceover repeats the words "togetherness" and "harmony".

It’s a funny ad with a serious underlying message: when it comes to so-called "purposeful" marketing, advertisers have gone too far. Pepsi’s Kendall Jenner protest, Dove’s breastfeeding ad and McDonald’s spot about a grieving young son are among the many campaigns that have come under fire for appearing to tackle social issues disingenuously.

In July, Channel 4’s 4Sales division brought together industry leaders at its first "PL4Y presents…" event to debate the merits of advertising with a cause. "It’s just advertising; you don’t have to save the world" has become a common refrain among creative leaders who fear the industry is becoming too worthy. Leo Savage, an executive creative director at Grey Group, believes an obsession with cause marketing, especially among younger employees, is hurting creativity within agencies.

"It’s becoming a bit of a hot mess in how to factor this into what we do every day," he said at the event, adding that for every brief, he has to sift through "10 or 15 ideas to change the world" before getting to the point. 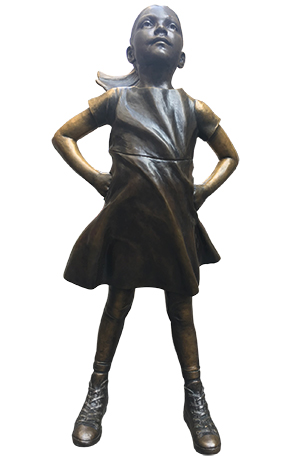 Young creatives are becoming too precious about using their creativity for good, Savage argued. Everyone wants to make the next "Fearless girl" – last year’s barnstorming campaign by McCann New York for State Street Global Advisors – so advertising’s bread and butter of building brands is being sidelined, he warned.

Amid this backlash, it would be inaccurate to paint the younger generation as a bunch of starry-eyed idealists with no business sense. Campaign spoke to a number of young creatives who are eager to reshape advertising while also using their creativity for good. In their view, why should they have to choose between helping clients and helping the world?

Savage was not the first sceptic to speak up. Earlier this year, when Adam & Eve/DDB co-founder Ben Priest left the agency, he voiced his worry that the advertising industry is becoming too fixated on "doing good" in the hope of winning awards and, as a result, losing the art of entertaining people. "We’ll end up writing ourselves into obscurity," he said.

Savage also saw the cause-marketing trend as a potential threat to the advertising business. "If the mindset is ‘my creativity is such a sacred property, I would not apply it to your brand’, then the likes of Facebook and Snapchat will be more than happy to take that business from us. If our creatives aren’t happy about taking that work, no wonder we’re losing that business," he said. "We risk, as a creative business, becoming boutique because we’re reinforcing that that is the only work worth doing."

However, it’s not just young creatives in advertising agencies who believe in the potential of brands to make a difference – they are a reflection of their generation. In a survey by 4Sales, more than half of respondents said brands should be a force for good in the world, rather than just selling products and services. Young people were found to be particularly receptive to advertising with a message, with 60% of 16- to 24-year-olds claiming to notice ads more if they deal with important issues. Meanwhile, 57% of young people said they think brands should use advertising to raise awareness of social or ethical issues.

"It’s bigger than just young creatives," Ben Polkinghorne, a creative at Abbott Mead Vickers BBDO, says. "The younger generation are more mindful about issues that affect the world, and want to make the world a better place. At the same time, brands are more aware that it’s something consumers care about."

"Why wouldn’t you want to make things better?" Scott Kelly, Polkinghorne’s creative partner at AMV, adds. "It’s hard to understand the cynicism towards making something of this job."

The charge often thrown at advertising creatives who take up a cause is a greed for industry awards. Yet on this point, young talent say they are receiving mixed messages: don’t focus too much on awards; but awards still hold major weight in advancing a career.

A quick survey of Cannes Lions winners in recent years points to a trend of awarding cause-based work, from "Fearless girl" to this year’s "Trash Isles" for the Plastic Oceans Foundation and LADbible. The kind of campaigns being recognised "affects how we behave every day in agencies", according to Robyn Frost, a creative at Poke London. 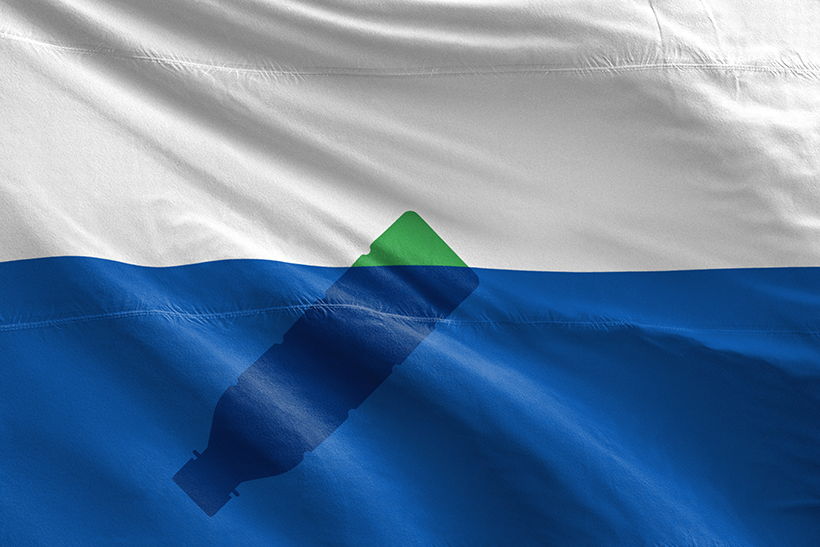 This motivation goes back even further, all the way to advertising schools, where Frost says there is a big focus on winning awards in order to break into the industry. And later on, a prize can make all the difference for creatives seeking a new job or promotion.

It’s easy enough for creative leaders to tell younger people not to try for awards when they’ve already won their trophies, Frost points out: "That’s the benefit of hindsight, a powerful thing that young creatives don’t necessarily have. Leaders need to put themselves back in our shoes. There are so many of us coming through and we all have to stand out.

"It’s weird for us to go through a system where we’re taught [to aim for awards], and then told later not to focus on awards. If you don’t want us to do that, come and mentor us at ad school and tell us what you want to see in our books and how to stand out."

Savage suggested that young creatives should pay their dues and learn to solve more mundane briefs before tackling a bigger cause. Frost and others found this patronising.

"It’s like saying to people you can only make a difference when you reach a certain level. That’s rubbish," she says. "I wouldn’t want to work for someone who told me not to do something for a cause. Do you want to die and say I just sold crisps to people and got them to drive expensive cars? Or do you want to say I made a difference?"

Yet of the creatives interviewed by Campaign, all recognised the importance of only supporting causes when it makes sense for the brand. At the 4Sales event, Aisling Ryan, chief strategy officer for global clients at Grey Group, maintained that "young people have a more sophisticated approach. They realise [advertising] is not going to survive if it’s not profitable".

And it would also be unfair to say that young creatives have lost the appetite to entertain. William Blackburn, a creative at A&E/DDB, says he got into advertising because he "liked the idea of making people laugh". Blackburn and his creative partner, Lily Scarlett Hurst, won gold, silver and bronze Lions at Cannes this year for The Cybersmile Foundation’s "#TrollingIsUgly". The campaign highlighted the issue of cyberbullying by distorting an Instagram influencer’s appearance in line with trolls’ negative comments about her body. The idea started as a side project for the duo, which they then made pro bono for the charity. 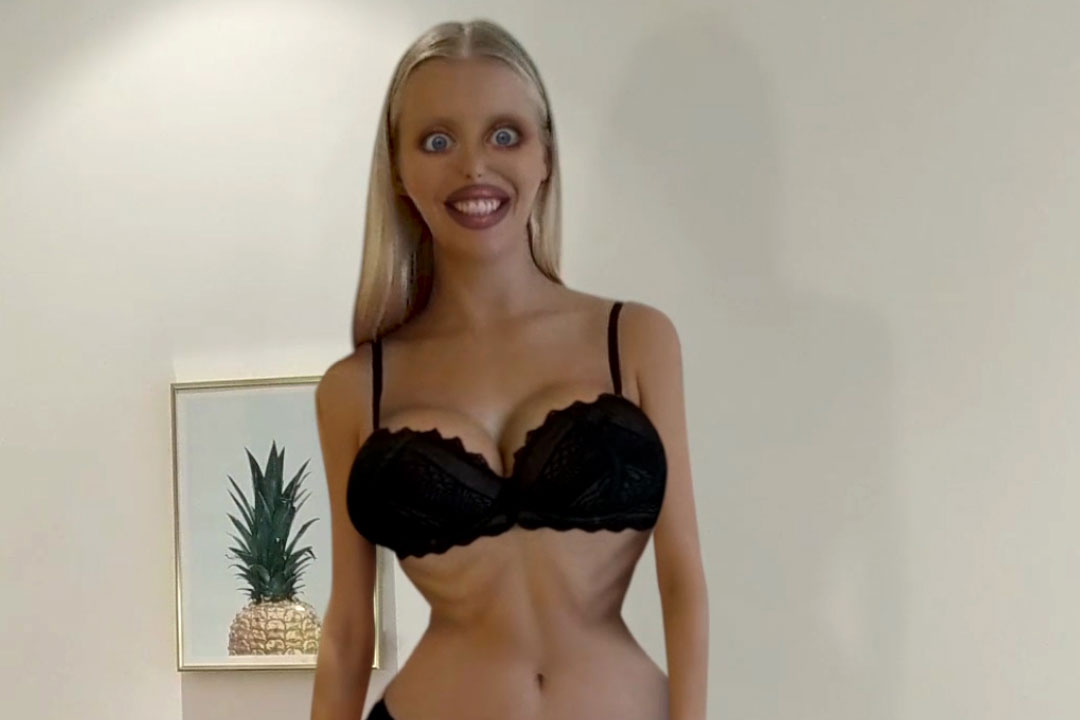 It is hard to imagine a creative team pouring their time and energy outside of work into a brief with the sole purpose of selling a product. But beyond the charity’s cause, it was the prospect of "doing something that people haven’t seen before" that motivated them, Hurst says. "People filter out advertising now. You have to get them in a way they’re not expecting," she says.

For all the debate about marketing trends, Hurst and her peers understand this reality: most people outside the industry are indifferent towards ads, and it’s easier than ever to skip them. "It would be foolish to think people are analysing the recent surge in cause marketing or wondering why there aren’t enough entertaining ads," Polkinghorne says. Savage took it a step further at the 4Sales event, declaring: "No-one is looking to advertising for inspiration."

But walk into any agency’s creative department and there will still be many voices, new or experienced, who rail against that. What would the future of the industry look like if creatives lost faith in their ability to inspire, whether through tackling a social problem or making people laugh?

Frost recalls: "At ad school, the dean would ask us, ‘What’s your purpose? What’s your north star for when you leave?’" Like a brand’s brief, there are many ways to solve that question.

Pick of the week: This Oasis ad offers refreshment in a desert of social justice humbug

Cause marketing: the trend that combines clarity of purpose and brand equity

How can advertisers get past 'good cause' fatigue?