What better way to develop interest in audiobooks than by building an audience through the internationally popular podcasting medium? By Hannah Telfer, managing director, Penguin Random House Audio, and group director, consumer and digital development, at the publisher

The challenge: reaching a new audience with podcasts

Penguin Random House, long the innovator of the publishing industry, spotted the opportunity to do something different with audiobooks. This is no mean feat given that in the UK, audiobooks come with a dusty reputation. So it was always going to take some inspired breakthrough thinking for us to get people excited about the format.

Content agency Somethin’ Else knew that the only way to get people to open their ears to a new kind of audio content was by persuading them to experience the high-quality audiobooks we were publishing. There is no better way to prove the quality and value of an audiobook than to hear it. So our strategy was to integrate audiobook sampling into people’s usual media habits.

To test this theory, we created an audiobook club with parenting website Mumsnet. During the summer holidays, when long journeys are part of family life and children look for new things to do, we gave away 400 audiobooks to Mumsnet users. The reaction was amazing.

Many had never considered audiobooks before. Conversations on the site’s message boards generated more than 40,000 views as people shared their experiences and reviews. We created a Sound Cloud page linked to the discussion threads so readers could hear for themselves the audio that was generating so much discussion.

As a result, more than 17,000 audiobooks were sampled for an average of almost three minutes a time. In the succeeding months, sales of the sampled titles increased by 73%.

The initiative more than proved our point, but we wanted to take the sampling concept further. Our aim? To deliver long-term behaviour change by becoming a hab-itual part of our audience’s daily lives.

We identified two audience groups that read more than 21 books a year and consumed above-average levels of digital media. We call them Pioneers and Connectors. More than one-third of them listened to at least one podcast a week, so it was clear that speech audio would be of interest to them.

People normally integrate listening into their daily routine. We knew that if they listened to one podcast a week, there would probably be space for more speech audio, if we gave them something good to listen to – The Penguin Podcast.

Inside The Penguin Podcast

The Penguin Podcast is unlike any other. It is designed to attract people by delivering an intimate and unique conversation between a well-known host and some of our most important and interesting minds.

Our research told us that our audience "see the world through the eyes/words of their favourite authors" and love to know more about the creative process. So we made it our goal to deliver an audiobook podcast capable of providing a rare and intimate insight into the lives of the authors and stories that shape popular culture.

Each week, one of our hosts invites authors, comedians, musicians, histor-ians, actors, philosophers or business leaders to join them in conversation by presenting five objects that inspired and shaped the writing and recording of their latest book. The hosts include actor Richard E Grant, comedian David Baddiel (below, left), presenter Konnie Huq (all also writers) and Maximo Park frontman Paul Smith.

By structuring the conversations around the objects, the interview becomes as much about the author as their book, and gives the opportunity to present a different perspective. The conversations don’t follow linear paths and are free to extend beyond topics found in traditional press interviews.

The format springs from the notion that we are all voyeurs. It offers a glimpse into the life, mind and working practice of the people who shape the worldview of our target audience. We pushed the idea further by linking the audiobook to what the guests brought in: as they spoke about the objects, a clip illustrated the point. Bill Bryson, for example, chose a cow, his passport, Stonehenge, his walking stick and an Ordnance Survey map.

The podcast’s format was designed to provide a deep level of engagement that echoes the quality of experience you get listening to an audiobook.

The aim was for it to become a companion piece to key Penguin Random House audiobooks, providing both insight and entertainment that our target audience won’t find elsewhere. Although the pod-cast works as a stand-alone piece of content, it is designed to function as an engaging trailer for our audience. 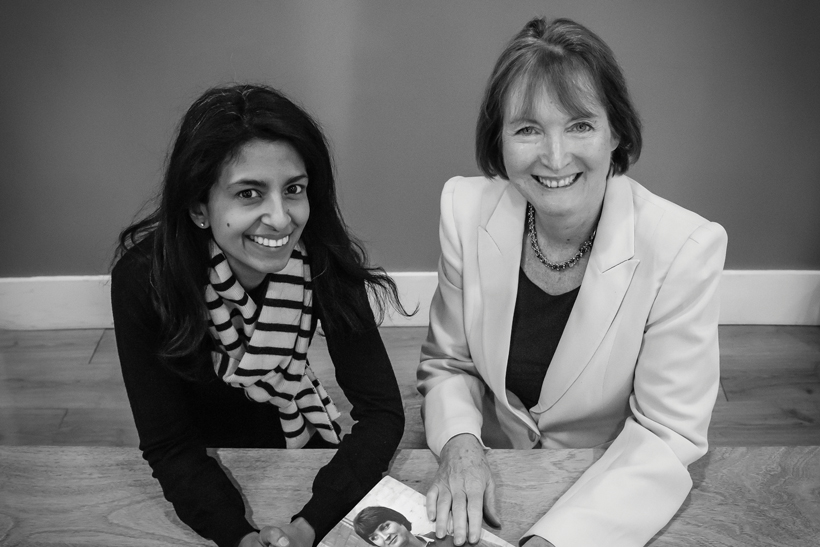 The results: how The Penguin Podcast  became a number one hit

To date, The Penguin Podcast’s audience has spent more than 220,000 hours or 13 million minutes listening to the podcast. The average individual currently listens for more than 30 minutes a session – a remarkable amount of engagement for any kind of branded content.

It regularly features in the 30 biggest podcasts in the UK and tops both the literary and arts charts. It has been positively reviewed, and selected as one of the best podcasts in the UK by The Times, Financial Times, i and Daily Mail. To put this in context, it’s rare for any branded content to receive such critical acclaim, and appearing on the podcast has become an essential part of any promotional schedule for new books.

"The quality of the audiobook does the selling. Trust the audience: if they like what they hear, they’ll buy it"

Six out of ten listeners surveyed said they were more likely to listen to an audiobook after hearing it featured. Authors are falling in love with audiobooks, too. Acclaimed writer Louis de Bernières told host Richard E Grant: "When I hear other people reading, especially good actors, it can make me feel really tearful. To hear [my prose] again in someone else’s voice is very moving."

This potent mix of engagement and loyalty has helped the audiobook division to become the fastest-growing part of our publishing business – without paid support for the podcast. Several factors have been key to this success.

We make sure we have good guests that draw a crowd. You can’t pay for promotion on iTunes, the UK’s biggest podcast platform – the Apple editors choose which podcasts to promote. The quality of our editorial means we are regularly promoted across the platform. We also have a social team creating assets from each show that our platform partners, authors and fan groups will want to share.

We have also worked hard to breathe life into The Penguin Podcast in other channels. For example, a live version we staged at the Cambridge Corn Exchange with Bill Bryson was a sell-out.

The Penguin Podcast is an example of high- frequency, high-engagement content that has increased the relevance of a famous brand in the lives of people that matter most to it.

The Penguin Podcast has been key to driving the audiobook division’s growth. From the beginning, we looked at it as a long-term marketing strategy. Our ambition was to build an audience that regularly listens to the show and to create a new podcast and audio habit. Here are the key things we learned:

We don’t ask authors or hosts to sell audiobooks: that happens naturally. Sampling audiobook clips is a natural part of the discussion and a justifiable format point, not a forced promotional break. The quality of the audiobook does the selling for us. Trust the audience: if people like what they hear, they’ll buy it.

Penguin Random House publishes audiobooks across various genres that appeal to different audiences. We aim to keep listeners’ attention for more than 30 minutes every two weeks, so being selective about the authors we work with is essential, if hard at times. There may be a good sales reason for choosing one, but if they won’t appeal to the podcast audience it becomes self-defeating.

3. Make it enjoyable for everyone

A podcast is an intimate listening experience. If it feels unnatural, listeners will pick up on it and authors will stop wanting to appear. From briefing two weeks before production to the end of recording, we make sure it is an experience everyone enjoys, and this draws the audience into the conversation.

Once authors open their hearts and minds in the studio, topics can be covered that traditional marketing would shy away from. We want the audience to walk away richer from the conversation. It is important that an interview has integrity and we trust the audience to respect that.

5. Invest in your network

Over time, we have grown the distribution network of the show – not by investing in paid support of the podcast, but by investing in distribution partners such as Spotify, iTunes and Acast, and we keep them updated on our plans. Help platform partners to help you by providing assets and information that make you a good content offering. We create assets our authors and fans will want to share.

Lego Batman wins the day with Warner Bros and Channel 4

Why the arrival of influencers proves that podcasts mean business

Lastminute.com teams up with Spotify to soundtrack travel adventures

How voice could be the new frontier for brands

Being funny is a serious career move