Carvana partnered with Olson Engage to celebrate the next-day delivery of cars.

Add new cars to that growing list of things you can get delivered straight to your door.

Carvana has fitted its signature car haulers with oversized takeout bags and is touring all over New York City today to drive the point home.

The direct-to-consumer online used car retailer has launched its as-soon-as-next-day car delivery to customers in more than 75 markets since it sold its first car in 2013. Launching in New York City, however, requires a different approach to break through the noise.

Ryan Keeton, Carvana co-founder and chief brand officer, said: "Carvana is the new way to buy a car: an entirely online car shopping experience where the customer is in control. Launching in our largest market called for a big celebration. By delivering a consistent message -- that you can buy your car online and have it delivered to your door, just like everything else in New York -- across online and offline channels, we were able to bring the fun brand touch we’re known for, across the city." 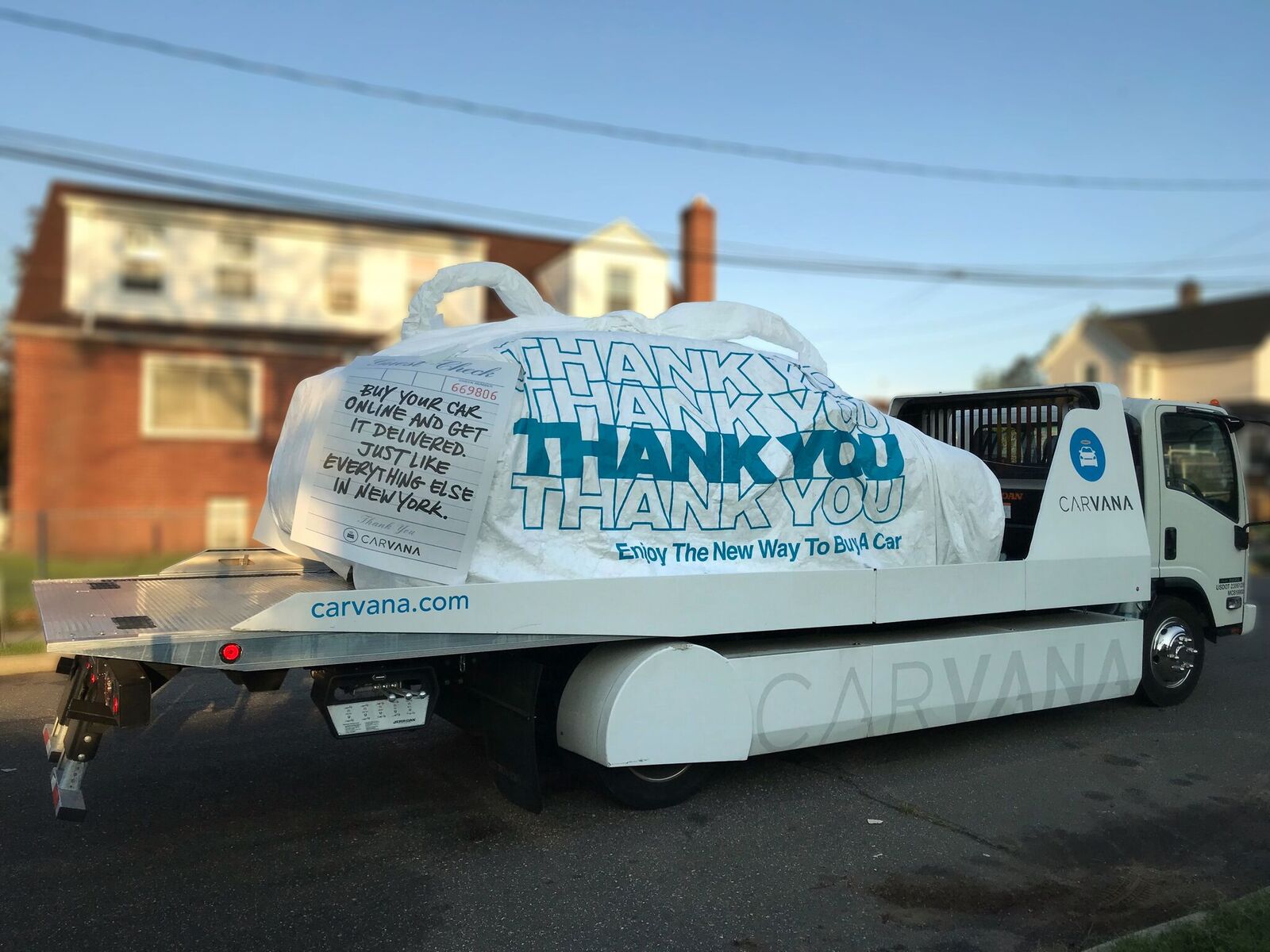 Today’s execution, which was created in partnership with Olson Engage, has been in the pipeline since May this year.

Messaging will run on numerous channels, from digital on-street signage, to social media, to email marketing, to street teams on the ground in NYC; all designed to spark a ripple effect from the visual of giant car-sized takeout bags floating through one of the busiest cities in the world.

The campaign is accompanied by a competition in which one social media contestant will win free Postmates for a year (up to $5,000). Those on social media are encouraged to take a photo of the Carvana parade and post it with the campaign hashtags, "#TheNYCWayToBuyACar" and "#sweepstakes" for a chance to win.

Publicis Media boosts commerce with hires across the globe