New ITV boss put her own stamp on the presentation to advertisers.

"ITV is changing and ITV is changing things," dashing Welsh actor Ioan Gruffudd boomed over an epic classical music soundtrack as he walked on stage at the start of the ITV Palooza.

"We create stories. We create suspense, sympathy and laughter. We create that ‘Did you see that ITV thing?’" Gruffudd, the star of ITV’s Liar, intoned, delivering each line with a theatrical flourish.

"We are just getting started, entertaining millions, growing brands, shaping culture not just here – everywhere," he continued, with the music building to a crescendo inside the Royal Festival Hall.

There was a clear message at this annual presentation to advertisers, the first to be hosted by new chief executive Dame Carolyn McCall.

She wants this to be the start of a new era, when ITV is more confident and more proactive about celebrating the power of TV, working directly with advertisers as well as agencies, seeking new revenues from consumers and taking charge of its destiny.

Hence this year’s event was bigger (1,300 guests), had a new location (after three years at the London Palladium) and was given a new name (it was previously called the ITV Gala).

McCall put her own stamp on the ITV Palooza by taking to the stage to welcome ITV’s on-screen talent and advertisers – unlike her predecessor, Adam Crozier, who avoided speaking at previous ITV Galas.

The 90-minute presentation was double the length of Channel 4's overly short upfront event in July.

"This is big; this is really important for us," McCall told Campaign. "Making the move [to a new location] was very much a signal of us being a much more contemporary brand.

"We’ve got lots of things that make us contemporary, but a lot of the industry – because we’re a very established player – don’t really see us like that.

"One of the things that we have to do is really make sure we are changing those perceptions."

Symbolism aside, the evidence of substantive change is limited so far.

Kevin Lygo, the director of television, offered lots of dramas and showed some good clips from three new shows.

Cheat is a psychological drama about a Cambridge University don, played by Katherine Kelly, who suspects a student of cheating.

Cleaning Up is a witty caper about a cleaning lady, starring Sheridan Smith, who works in a stockbroking firm and picks up insider dealing tips.

The Widow is a Kate Beckinsale-fronted thriller about a woman who believes her husband has died in a plane crash in Congo, only to discover three years later that he is secretly alive.

Also upcoming are a feelgood drama about Olympic ice-skaters Jayne Torvill and Christopher Dean, who were sitting in the Royal Festival Hall, and the return of existing drama series including Victoria and The Durrells.

One marketer in the audience wondered how much ITV Studios’ own commercial imperative to make shows that it can sell around the world is driving its programming investments. 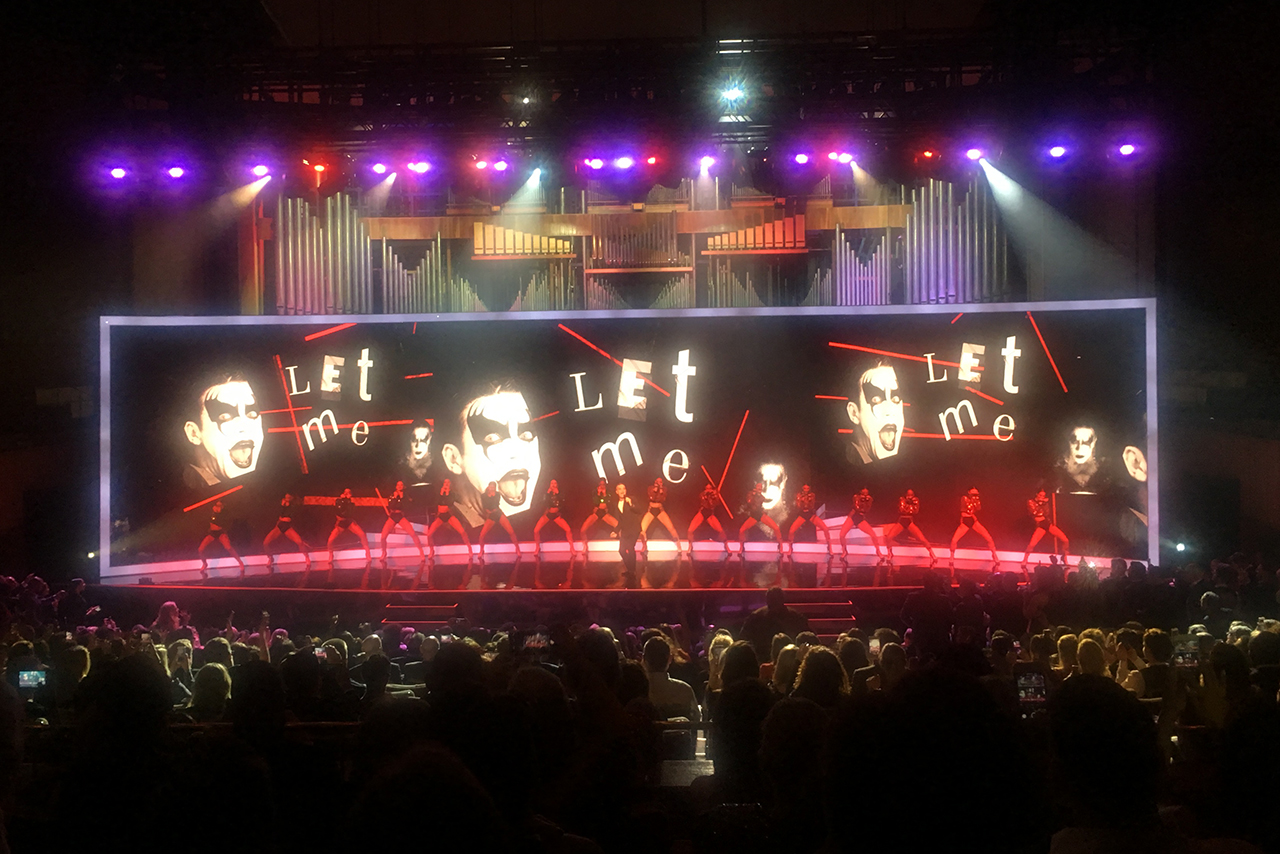 There was certainly not much else to set the pulses racing, even though Lygo talked about how 45 of the 50 most watched entertainment shows are on ITV.

Stephen Mulhern’s quiz, In For A Penny, a spin-off from Saturday Night Takeaway, is the only new entertainment show of note (ITV sent Mulhern around media agencies and showed a film of different agency leaders playing the game with him).

Meanwhile, Match Fit, a factual show about former England football stars from the 1980s and 1990s – such as David Seaman and John Barnes – trying to get back in shape as a team of veteran all-stars, managed by Harry Redknapp, does look fun.

Ironically, a fabulous animated clip, featuring a polar bear and a squirrel on ice, was just a promo (produced at great expense) for the latest series of Dancing on Ice.

Still, McCall is making some commercial changes behind the scenes.

"It’s not an evolution, it’s a revolution," ITV claims, as it talks about being "your most valuable business partner", not just a media partner.

McCall is creating a new role of head of client strategy and development, who will lead a team that works directly with clients to foster more creative partnerships that go beyond ad spots and sponsorship.

The success of this year’s Love Island, for which there were an "unprecedented" 11 commercial partners, and new product placement on Coronation Street, with Costa and Co-op stores as permanent on-set fixtures, have shown what’s possible.

Another priority is going direct to consumer and generating revenues from ITV Hub, and McCall is promising a big investment in ad tech as well as in subscription video-on-demand.

ITV Hub already has scale. Two million people watched Love Island live on the online platform – more than 99.9% of all programmes on all digital TV channels this year, Kelly Williams, managing director of commercial, pointed out.

Williams and his deputy, Simon Daglish, were keen to stress how ITV can offer advertisers both "mass reach" on linear TV and "tailor-made targeting" on ITV Hub by postcode, demographic and device.

They showed a chart of two dozen new-economy, digital brands such as Purplebricks, Webuyanycar.com and Just Eat that are increasingly using ITV.

Just Eat, the sponsor of The X Factor, sold 500,000 meals during the final of the talent show last Christmas. "That’s more than TV," Daglish said.

Some of this sounds a lot more like evolution than revolution.

As if to prove that, Robbie Williams, a new judge on The X Factor, closed the Palooza by singing Let Me Entertainment You and Angels from the 1990s – the good old days when no-one in TV had to worry about Google, Facebook or Netflix.

Yet McCall is not to be underestimated after transforming easyJet in her last role and she is right about the need to drive change and have a higher purpose with projects such as its work for the Campaign Against Living Miserably’s "Project 84" to prevent male suicide.

She knows the TV ad market is barely flat in the second half of this year, a crackdown on advertising for food high in fat, salt and sugar is looming and, just as the Palooza ended, Netflix reported record new subscriber numbers.

Most agency chiefs liked the Palooza, even if some felt there wasn’t much substance.

"It left us wanting to find out more – you can’t see everything in an hour-and-a-half", talking up drama rather than the soaps shows a willingness to be "brave" and "it makes the tech giants look quite vanilla" were among the reactions.

"The commercial story was compelling and it was interesting that they talked about how digital, disruptive brands are using TV."

Nils Leonard, co-founder of Uncommon Creative Studio, ITV’s creative agency, said: "It’s wicked to see new ambition and new energy. They really understand the power they have to matter to people outside of just shows."

The biggest clue about what McCall thinks was a line in Gruffudd’s address: "We are just getting started."

What's love got to do with it, and why does Love Island exist?