The £15m push, created by Fold7, features the brand’s premium lager, Carlsberg Export, and aims to revive the fortunes of the brand by growing awareness of its Danish origins.

The centrepiece of the campaign is a 60-second TV spot that features Mikkelsen cycle whimsically through quintessentially Danish settings, while musing on why it is that the Scandinavian nation of five million regularly tops polls of the happiest country on earth.

He finally dismounts in the Carlsberg brewery in Copenhagen, where he is handed a pint of Export, poured from the beer’s new font and served in its new glassware, which were unveiled last November.

The main ad, which debuts during Channel 4’s Gogglebox tomorrow, has been teased over the past week with unbranded, ten-second spots. The full launch will see the brand feature in a further six spots, around which the Channel 4 blocks have been designed to reflect the essence of Carlsberg’s rebrand.

The ad will run on TV for four weeks, return for a second four-week stint in September, and also be shown in cinemas and on video-on-demand.

The campaign includes out-of-home executions that expand on the theme of Danishness. The brand has also partnered with Shazam for a digitally-enabled trade marketing push. Users will be able to scan Carlsberg Export branding on a number of touchpoints in pubs and retailers to access a digital platform and win Danish-inspired prizes. 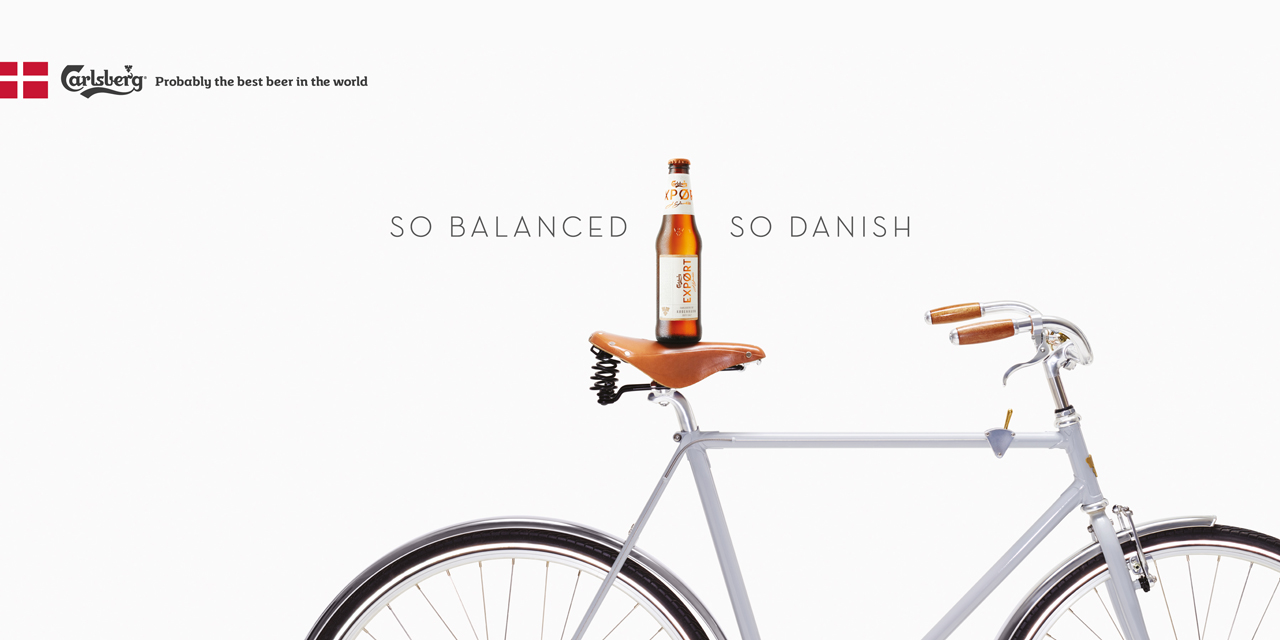 ‘Revitalising brands is not an overnight task’

Carlsberg has suffered in recent years from factors including supermarket delistings and changing consumer habits, with most major lagers losing sales as beer drinkers increasingly take to craft brands.

But according to Carlsberg’s vice-president for marketing, Liam Newton, the brand is also at the wrong of end of some deep-seated misconceptions that do not do it any favours. 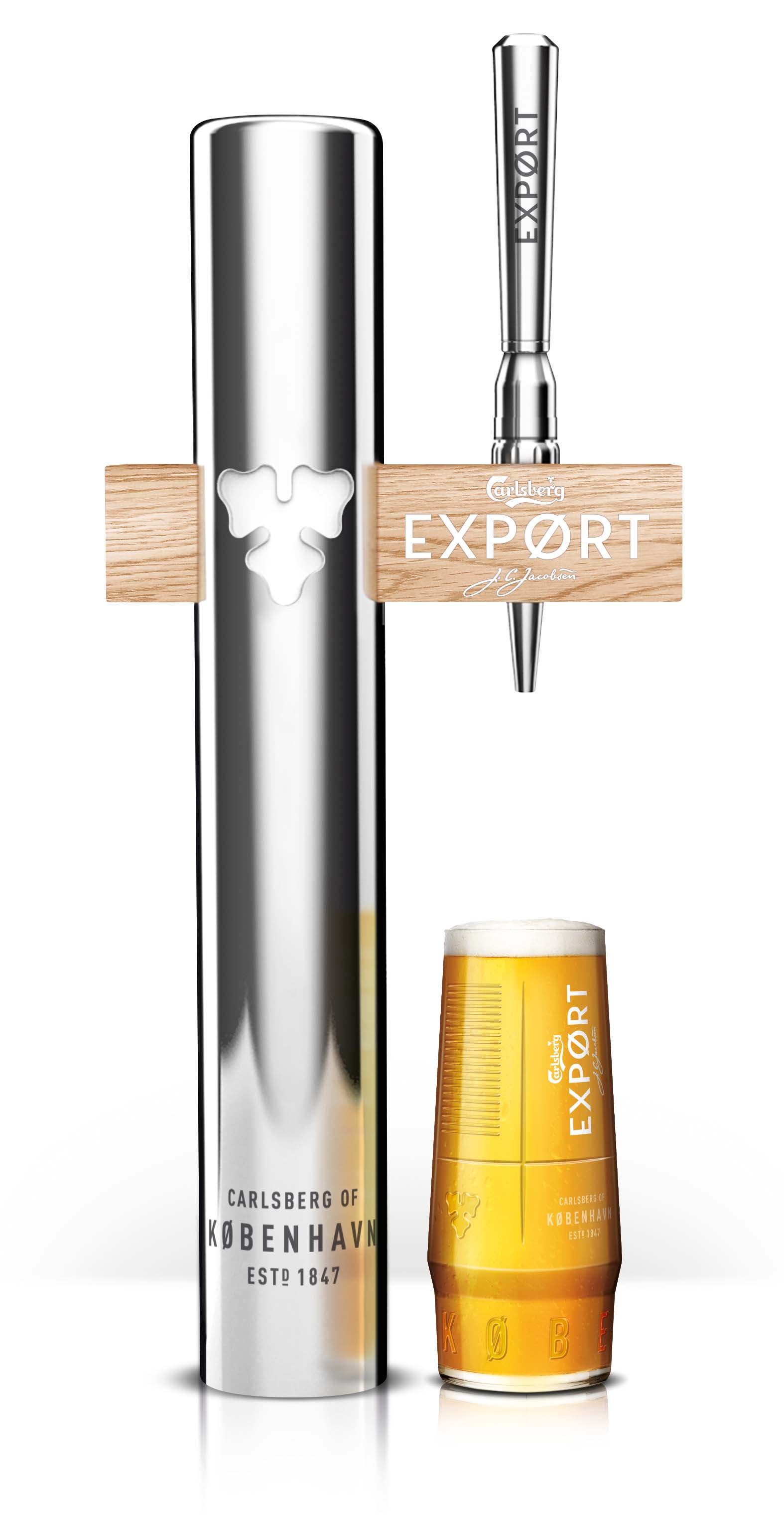 One problem, he says, was that Carlsberg Export looked too similar to its low-alcohol sibling, which meant it was unable to build the reputation it deserved – something both the new look and campaign aim to tackle.

"We’ve chosen Export as the star of these ads because we’re in the process of giving it a makeover," Newton explains. "In blind taste tests, we always perform exceptionally well. It’s about giving the brand an image to match."

He sees this campaign as the start of what will be a big project to elevate the brand. "In my view, revitalising brands, especially established ones in categories like this, is not an overnight task," he says. "It takes a while to see the needle move.

"People’s quality perceptions would be a measure I’d be looking at, and whether it’s a beer that’s worth paying more for," he says.

But the biggest factor will be knowledge of its Danish nationality, which Newton says a staggeringly low proportion of consumers – possible in single figures – are aware of.

Remarkably, many make the assumption from its green branding and clover icon that Carlsberg originated in Ireland.

"When people know where brands are from, that is something that adds to people’s perceptions," he explains. "We want to see a very, very significant shift when you think about that core number."

While the campaign is certainly a shift in tone, Newton denies that the brand is leaving behind its marketing heritage: "We’re still utilising ‘Probably’ as a campaign idea, but we’re trying to substantiate it, give it a reason to believe.

"At the end of the day we’re breathing new life into that campaign."

With his biggest roles including Le Chiffre in Casino Royale, Kaecilius in Doctor Strange, and the cannibalistic Hannibal Lecter, Mads Mikkelsen is best known to English-speaking audiences for playing villains. It’s a factor that means the TV spot offers up a "very nice juxtaposition" of the broody Mikkelsen riding around, talking about happiness.

Calling Mikkelsen a "perfect fit" for the campaign, Fold7’s Ryan Newey said: "We wanted to cast a modern-day Danish philosopher with enough life experience and wisdom to be seen credibly by UK audience. Consumers will see Mads continue to share his observations and knowledge throughout the year as the campaign rolls out."

The TV spot will be supported by a series of online content films, directed by Peter Lydon through MindsEye, which further expand Mikkelsen’s character by examining topics such as the Danish approach to communication (above).

Watch our behind the scenes video