Carlsberg has continued its self-deprecating approach to promote its new and improved Danish Pilsner.

One year since the brand announced it was "probably not" the best beer in the world – subsequently launching a spot in which staff read mean tweets about the brand to rub salt in the wound – employees at Carlsberg were enlisted once more to read the opinions of Twitter users.

Created by Fold7, the latest edition of "Mean tweets" sees employees decipher three tweets about the brand, with choice words censored in order to leave them up for interpretation.

The work was created by Adrian Lim and directed by Richard Pengelley through Dirty Films. Media planning and buying was handled by Initiative.

This is accompanied by a digital spot, also created by Fold7, called "Communicate". It stars brand ambassador and Hannibal actor Mads Mikkelsen as he cringes his way through a series of seemingly negative comments about Carlsberg Danish Pilsner. He is pleasantly surprised, however, to find the messages aren’t negative at all. The film was created by Verity Messett and directed by Peter Lydon through Minds Eye.

The TV ad will be supported by social and digital activity, as well as a new edit of last year’s "The lake", also starring Mikkelsen, and out-of-home executions that read: "We’ve changed the beer, only you can change your mind."

Ahead of festival season, Carlsberg is also set to launch a series of activations – including offering 50,000 beer drinkers the chance to win a free pint – as well as appearances at Glastonbury, Latitude, Reading and Leeds and O2 Academies.

"We always track what people are saying – it's a good barometer for what people are really thinking about our brand," Liam Newton, Carlsberg UK’s vice-president marketing, told Campaign.

"Clearly, some of the comments from last year’s 'Mean tweets' reflected how some people felt about our beer – and it was harsh, but also fair. One year on, it's good to see that a lot of the things people are posting about the brand are positive."

According to Carlsberg, last year’s campaign led to 3% growth in value, largely credited to a boost in sales since introducing its new beer and glassware.

Likewise, a Kantar study conducted last summer found that 89% of shoppers who had bought Carlsberg Pilsner were likely to buy it again.

Newton claimed that the brand has tried to avoid the usual "new and improved" notion often adopted by brands when promoting a revamped product and is instead "monitoring the reactions of consumers" to reflect how the Danish Pilsner is being perceived.

"Course correction is really important because brands can't predict what will land well all the time, and 'Mean tweets' is a good example. Our message last year focused on the fact that we'd lost our way. We'd lost sight of our original brewing credentials and we needed to get them back, but we had no idea how successful ‘Mean Tweets’ would be." 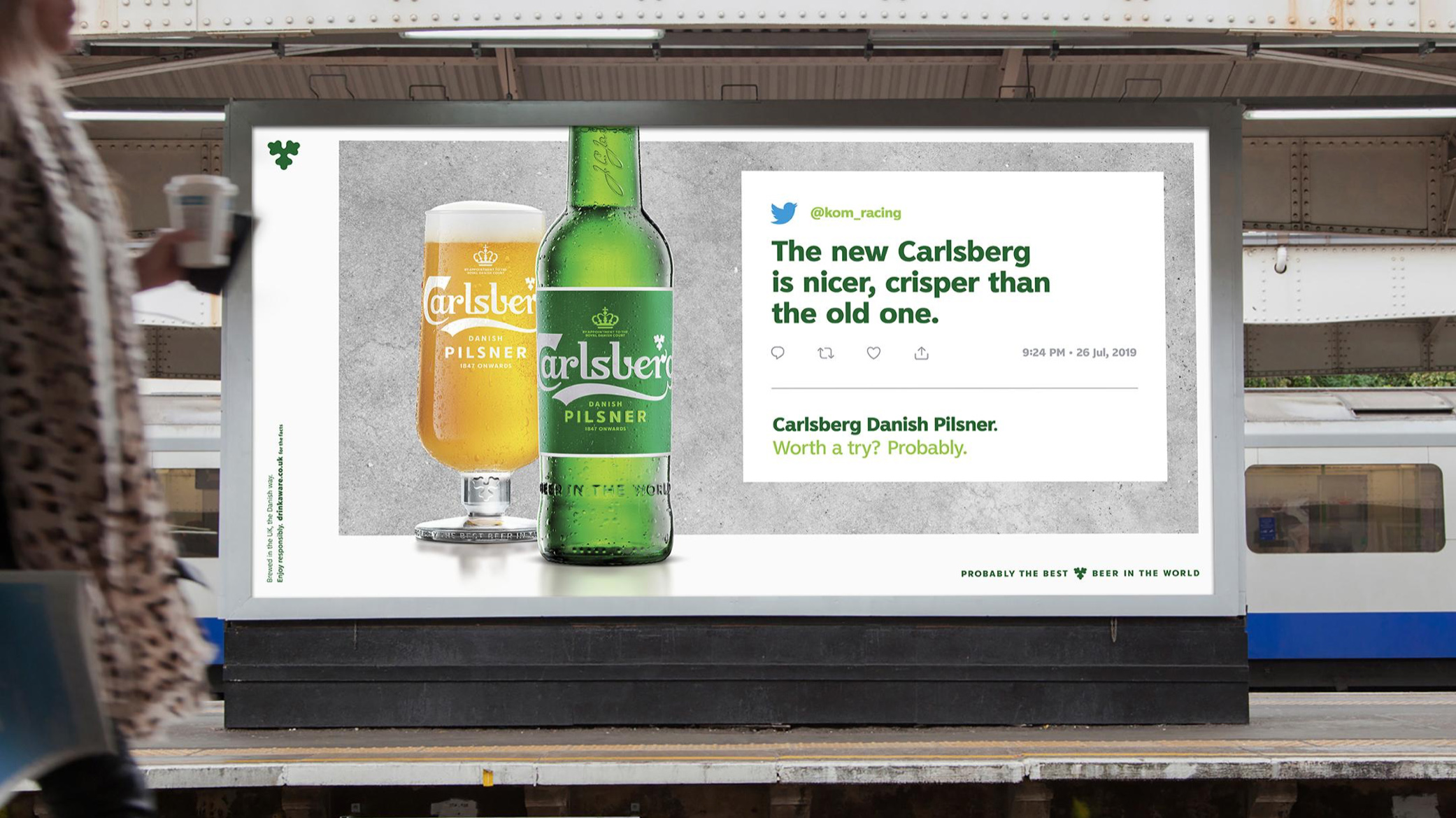 Mikkelsen first joined the brand in 2017 for Carlsberg’s "The Danish way", which aimed to raise awareness for the brewer’s Danish roots. However, Newton maintained the Bond star won’t be making an appearance at Glasto this year.

"We've got a very strong presence at the festivals – Glastonbury obviously is the jewel in the crown – but I'm not sure we're seeing Mads across the festival programme.

"We're trying to be quite single-minded ahead of festival season, so everything we do encourages festival goers to try the brew, because we know this impacts how they perceive the brand."

Corona hits back at 'misinformation' about brand damage from coronavirus