Molson Coors has created a font for Carling featuring a screen that will show classic goals from the 25-year history of the Premier League. 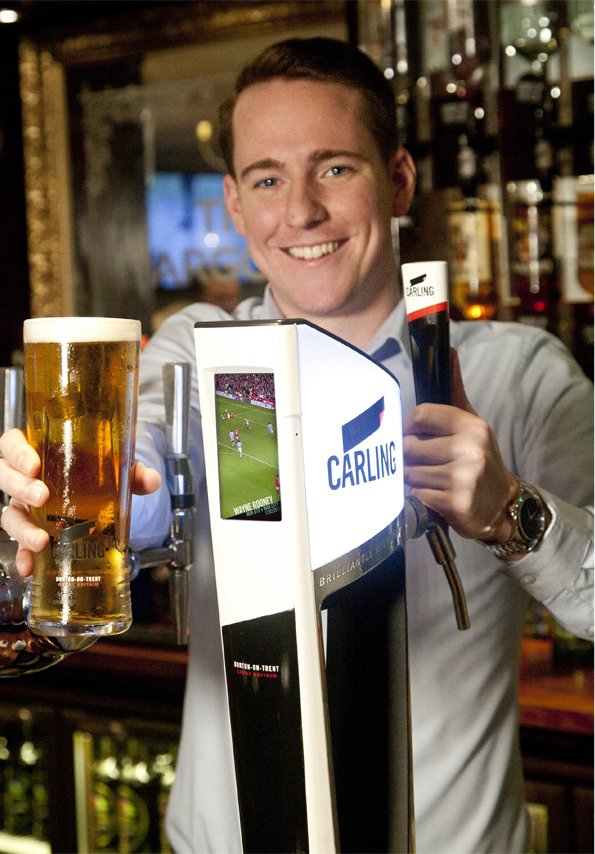 A prototype has been installed at The Argosy, a Sizzling Pub & Grill in Derby, with further trials to follow. The font was developed in-house.

Carling brand director Jim Shearer said: "The font is the latest in a series of digital innovations for the brand.

"In addition to pouring a fantastic pint of Carling, we believe the digital font will be a conversation starter at the bar when people see the amazing Premier League content."

The brand last year launched Carling Tap for iPhone and Android, which replaced its previous app iPint. Carling Tap includes features such as Goal of the Month, in which fans can vote for their favourite goal and be in with a chance of winning prizes.

It also launched the Amazon Dash-style Carling Beer Button, a WiFi-connected physical button that can be attached to a fridge or any surface, that re-orders beer when pushed.

Carling signed a three-year deal as the official beer partner of the Premier League last May. It was previously the title sponsor of the league between 1993 and 2001.

The brand unveiled a refreshed design earlier this month, and appointed Havas as its new creative agency in January.