From Marky Mark and Kate Moss to the cover of the Sports Illustrated Swimsuit Issue, the founder of KraftWorks isn't afraid to break rules

Neil Kraft worked for some of the world’s biggest fashion brands and on some of the most memorable campaigns of the last few decades. In 2000, he founded his own agency, KraftWorks, but continued to leverage his expertise in fashion, fragrance and package design.

"I always look at a situation and think, ‘How can we disrupt the norm? What can we do that will be different and memorable?’" he says. Sometimes that means breaking unwritten rules, like hiring a waifish Kate Moss in an era of voluptuous supermodels. Other times it requires going beyond creating beautiful images to find "a deeper message or tension below the surface."

Here are the executions Kraft says have mattered most to him and his career.

In 1982, Kraft joined the fashion retailer Barneys as head of advertising and marketing. Previously, the store had used outside agencies like Scali, McCabe, Sloves, but Kraft brought the creative in-house. "Barneys was actually founded by a guy named Barney – yes, he’s real – and would call me every week to yell at me after his son and grandson stopped taking his calls," Kraft says.

Up to that point, Barneys had been known as a men’s store, with a section for women’s clothing. The much-anticipated women’s store opened in early 1986. "In order to launch women’s clothing to Barney’s New York, we wanted to produce a TV commercial but didn’t have the budget," Kraft says. Fortunately, art director Paula Greif had shot some early music videos for MTV and knew a director. They assembled a small crew and shot the spot on Super 8.

"Our work generated enough buzz that companies came to us as if we were an independent agency, rather than inside Barneys," Kraft says. The "agency" worked with clients like boutique hotelier Ian Schrager and Glaceau.

Designer Calvin Klein hired Kraft away from Esprit as the EVP creative director for in-house agency CRK in 1991. "Working for one of the most brilliant men in the industry gave me a foundation for the rest of my career," Kraft says.

When Kraft began looking for "a fresh, new face for the company," photographer Patrick Demarchelier suggested "an up-and-comer named Kate Moss," Kraft says. "We all instantly fell in love."

Then, while casting for male models, Kraft and Klein saw Mark Wahlberg on the cover of Rolling Stone, "sagging his pants in true 90s fashion and showing his Calvin Klein underwear," Kraft says. "Somehow, we knew he was the one."

They paired Wahlberg with Moss for a series of mostly unscripted interviews. "The rest is history." 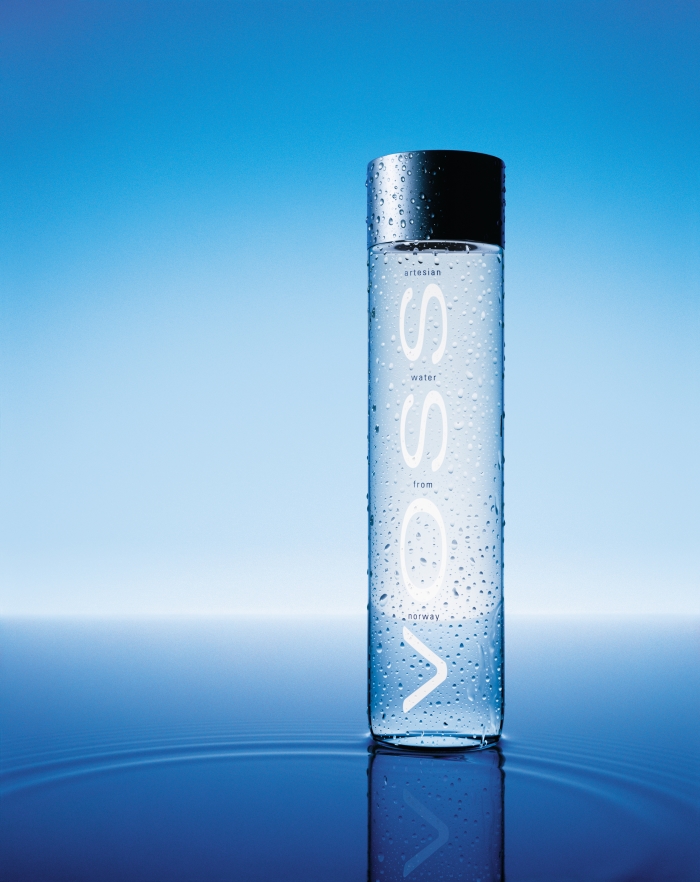 After Kraft founded his own agency, Voss approached the company looking for an ad. "In our first meeting, I blurted out, ‘You’re selling water, for crying out loud! You don’t need an ad; you need a new bottle!" Kraft says. "This is, of course, where most clients get up and walk out but, for some reason, they trusted me."

It was Kraft’s first foray outside of traditional advertising. He drew inspiration for the simple, elegant design of the new bottle from his time working on fragrance brands.

But the redesign hit a snag – the agency couldn’t find a factory in Europe that could make the strangely-shaped bottles affordably. Finally, after striking out in four or five different countries, Voss found a plant in Ireland that could accommodate the design.

Kraft had helped launch Glaceau while at Barneys, but his own agency hadn’t done any work with the water brand. He set out to change that.

KraftWorks created a pitch video featuring people on the street (and a few agency inserts) talking about electrolytes. It was enough to land them SmartWater’s campaign with Jennifer Aniston and New England Patriots quarterback Tom Brady. "The trick was to show these recognizable faces in a unique way," Kraft said. He hired fashion photographers to shoot the celebrities. "The resulting images seem to strike a balance between stylized and approachable," he says. "They make me smile to this day."

Swimsuitsforall, a swimwear brand for plus-size women, contacted Kraft after seeing him quoted in a WWD article about controversial ads. "This is my favorite kind of client," Kraft says. "The type who approaches us and says, ‘I don’t care what you do, but do something that will get noticed.’"

When casting the swimwear model, Kraft knew they needed someone who looked "like she belonged" in Sports Illustrated, someone whose appearance would be provocative but not gimmicky. They decided on plus-size model Ashley Graham and hired a Victoria’s Secret swim catalog photographer to do the shoot.

The spot made a splash in the press, but Kraft says journalists "forgot to mention that it was a paid ad." Graham became so popular that she ended up on the cover the next year.

As part of the 2016 follow-up, Kraft expanded the campaign to include a 56-year-old model and a British-Ghanaian model and activist. "We got 2.5 billion impressions and made a name for ourselves in plus-size fashion."

A look at what drove Nissin's 'Instant Buzz'

To tackle the diversity issue, plan 10 years ahead

My career in 5 executions: Eric Silver

My career in 5 executions: Jay Benjamin