From a stolen Audi to the Most Interesting party, Huge's global ECD prefers a brief no one knows what to do with.

Jason Musante began his career making traditional ads. He worked his way through a strong roster of creative agencies, first making a name for himself at McKinney before heading to Saatchi & Saatchi New York to work with Gerry Graf.

In 2009, he joined BBDO and led digital efforts for GE. After a stint at brand consultancy co:collective, he returned to agency life, leading the Google X business as a creative director at Anomaly.

In 2014, he left for Havas, rising to lead creative for the New York office on the strength of his work for Dos Equis. Shortly after joining Huge, he was promoted to global ECD earlier this year. "I choose to focus on the briefs no one knows what to do with or how to answer," Musante says, "and the briefs that offer what I consider to be the most exciting challenges—the ones that don’t have obvious answers and give us freedom to create."

Here are the 5 executions Musante says define his career.

To this point, there had never been a successful luxury hatchback in the US. "We found an untapped segment of the population who were interested in this type of car but had never really been engaged by a car company—20-something early adopters of technology," Musante says.

To draw in those customers, Audi rolled out an interactive, multimedia whodunit, complete with a staged break-in at a Manhattan dealership and a high-profile absence at the New York International Auto Show.

"Although the idea originated with a small group of like-minded people inside the agency, the campaign required an epic scale of collaboration that taught everyone involved a lesson we’ve never forgotten—you can’t make great work alone," Musante says. It also helped McKinney land a string of new business, like Sony, Virgin Mobile and Virgin Atlantic Airlines, and it secured Musante his next job. 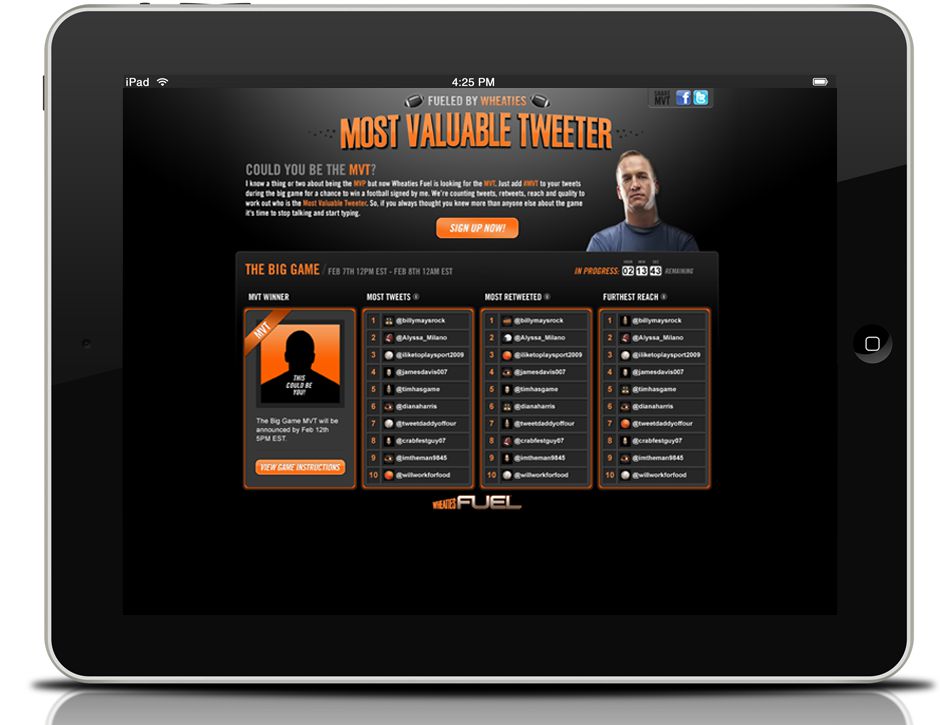 Counterprogramming the Super Bowl is a challenge for any creative, but "I jumped at the chance," Musante says. Research indicated that most Twitter conversations at the time were tech-focused, but "a growing community of sports fans was using Twitter to talk smack with other fans."

Once again, Musante used an unconventional activation to connect with his audience. Twitter users competed with each other for the most retweets and mentions during the Super Bowl to win signed merchandise from Peyton Manning. "For less than a hundredth of the cost of Super Bowl commercials," Musante says, "we received almost as many impressions."

Working with the Google team to introduce Glass was "one of the most educational and exciting times of my career," Musante says. "Not only did this new product encourage new behaviors in humans, but it also sparked a ton of debate."

The Anomaly team created multiple documentaries featuring forward-thinkers like a physics teacher at CERN, chef Roy Choi and Jay-Z’s music producer using Glass in their pursuits. "Creating the Google Glass brand was a great reminder to not allow the technology to become the story," Musante says. "Great stories need purpose and people."

During Musante’s first week at Havas, he was asked to create something fresh for Dos Equis’ wildly popular but stale "Most Interesting Man" campaign. Fans were extremely familiar with the character, but "were still only able to watch his world from afar," he says. So to bring viewers closer, the team utilized virtual reality to invite fans to a masquerade party.

"To join, fans donned a different sort of mask," Musante says—Oculus Rift VR goggles. The campaign was one of the first narrative experiences to use VR tech and helped Havas to its best ever showing at Cannes. It also won Musante a promotion to head of creative in the New York office.

Shortly after arriving at Huge, Musante led the agency’s pitch for Canada Goose’s first-ever spring wear line. "While the expectation might have been that Huge would bring great digital and non-traditional ideas, we won the pitch with a concept rooted in deep insights, data and research," he says.

Huge created in-store signage, billboards, print and film spots—a chance for the digital agency to show it could create a more traditional campaign. "It was also," Musante says, "a nice way to start a new job."