Heidi Schoeneck has a history of creating interactive campaigns that push both clients and her team to innovate. It’s a pattern she ascribes in part to the "Glass Cliff," the tendency to place women in positions of leadership that require more risk.

But that offers an opportunity to move beyond the idea alone. "People don't just see the idea—they feel it," she says. "Because when people feel something, they will do something. Buy your product, get behind your idea, view your content or even promote your cause."

While that leads to professional success, it also makes each sale "more than just a transaction between people and brands, but something we can all feel good about."

Here are the 5 executions Schoeneck says have meant the most to her and her career. 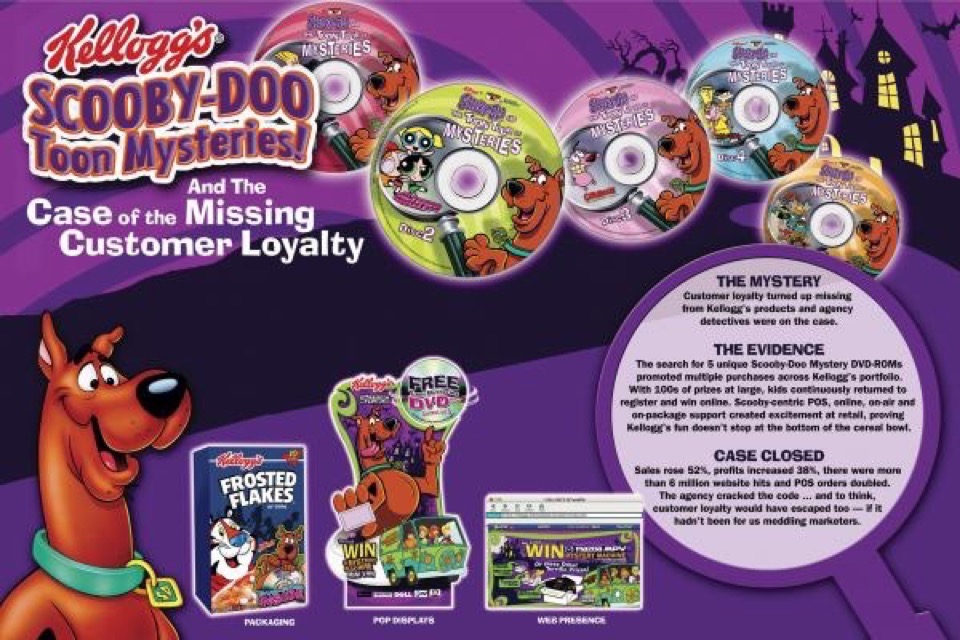 Parents have a love-hate relationship with television and screens, but Schoeneck realized there was still plenty of nostalgia for the TV shows they remembered from when they were children. Schoeneck pushed a skeptical client to make DVD games at a time when digital interactivity was still in its infancy.

"What if we could make the ‘screen time’ together time and not just filler time?" Schoeneck reasoned. Parents ended up buying cereal not only to get access to a new toy, but to introduce one of their favorite childhood memories to their own children as part of a joint activity. "Yes, it did well at the awards and sold a ton of cereal," Schoeneck says. "But most important to me is that it dimensionalized entertainment between mom and child."

Schoeneck was new to the agency, and she was tasked with increasing sales of frozen pizza during the summer, a time when no one wants to use the oven. It was a difficult proposition, but one JWT Action had asked for, since they’d pitched and won the AOR seat for the Jack’s account.

A previously overlooked selling point proved to be a solid foundation. "Burger boredom motivated shoppers to try a new, though much loved, product on the grill," Schoeneck says, and that insight led to a campaign that later took home an Effie.

This project was one of the first for Team Unilever Shopper, one of WPP’s integrated agency solutions that drew on seven different agencies in six cities. "It not only had to inspire the retailer and the people shopping our brands, but it needed to inspire our full multi-disciplined team as well," Schoeneck says.

The campaign relied on her abilities as a "connector or a galvanizer," and it worked. It won two Gold Effies and was a finalist for the Grand Effie. "We got shoppers to see beyond a very anti-aging face-oriented view of skin to thinking about total body skincare," Schoeneck says, driving sales at the shelf.

As her career has advanced, so has Schoeneck’s interest in socially responsible campaigns. "Before starting this brief, I didn't fully grasp the clean water crisis nor its disproportionate effect on women," she says. "As a mother, I know we see all children in our own child."

The campaign turned parents’ attention to body care products during the busy back-to-school season, which is typically focused on school supplies. It also won Unilever’s Compass Award, an internal recognition of the year’s best marketing programs.

Schoeneck calls efforts to increase gender diversity in politics "a personal mission," particularly given the historic nature of this year’s presidential election. A parody of the "Dick and Jane" children’s books urges "Joan" to run for office as a counter to all the "Dicks" currently making policy.

The book demonstrated "the ridiculousness of the gender-bias in American politics," Shoeneck says, helping to "drive awareness and pipeline more women into office." The accompanying social campaign attracted luminaries like Madeline Albright, the first woman to serve as U.S. Secretary of State, and showrunner Shonda Rhimes.