The creative chief says the key to sustained success is optimism and enthusiasm.

Noel Cottrell, CCO of Fitzgerald & Co since 2011, built and sold two agencies in South Africa before moving to America—twice. He sold the now-independent Joe Public Take-Away Advertising to IPG in 2001 before a 2-1/2 year stint as managing partner of Kirshenbaum Bond + Partners' short-lived San Francisco office. Then, after returning to South Africa for three years, he sold his share in FoxP2 Advertising to his partners and moved to New York in 2008.

An award-winning copywriter who began his career writing John Deere brochures at a small agency in Cape Town, Cottrell's breakout creative tenure in the US came during the three years he was ECD on ETrade and Febreze at Grey in New York (he was one of Tor Myhren's first hires). The 6'8" Cottrell says he's built his career by following two giant principles—always staying positive and never judging a brief by its size.

"People who have sustained creative success in our business think ideas are infinite, and they attack every day with optimism and enthusiasm," says Cottrell. "There are no small briefs. You have to take every opportunity and explode it."

Here are the 5 executions Cottrell says have meant the most to his career. 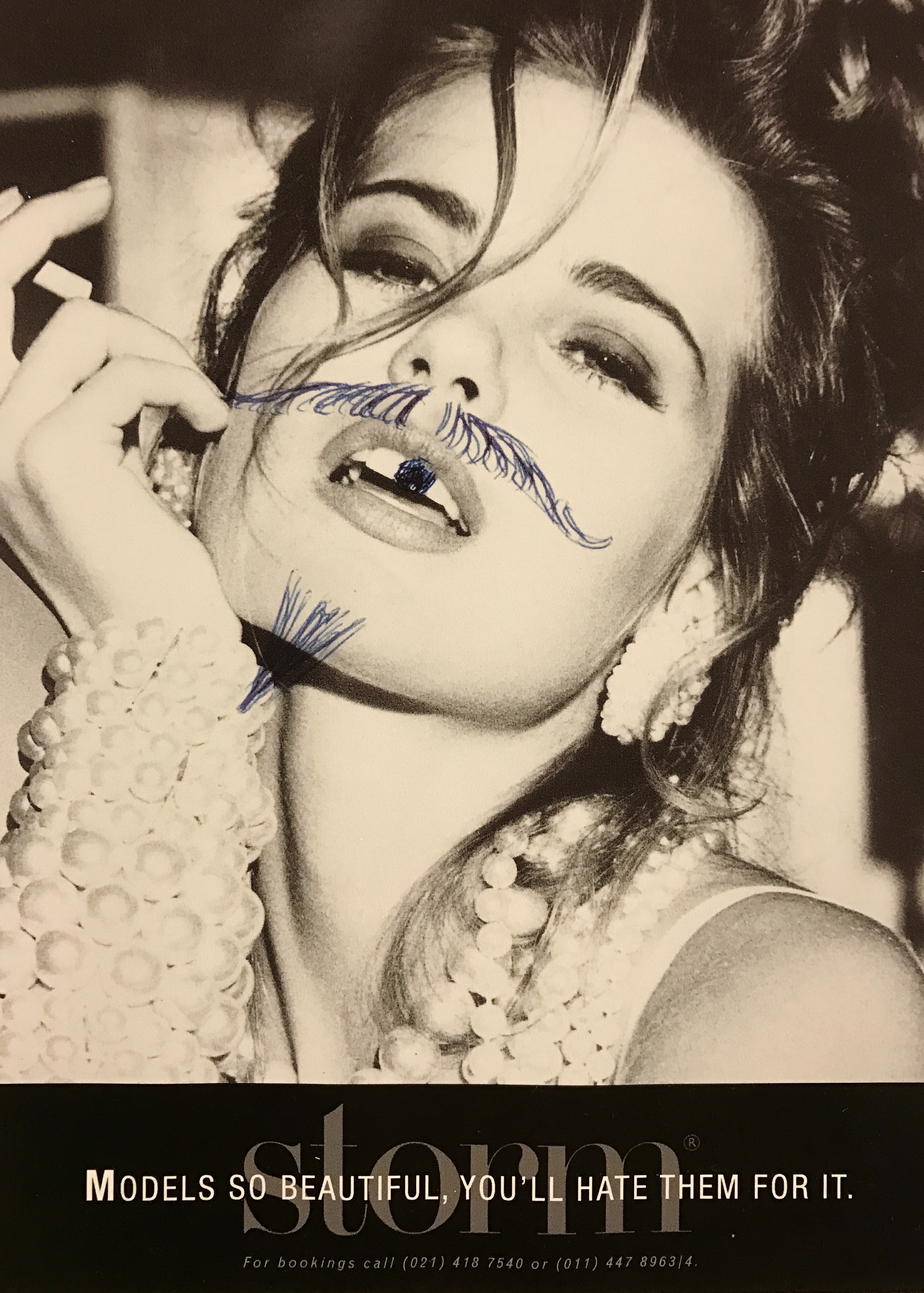 Cottrell's agency was based on the concept of "to-go" advertising. Clients could walk into the agency and order "rare," "medium" or "well done" ads off a menu in its diner-themed lobby. Richard Branson walked in one day and ordered a "rare" print ad for his new modeling agency to run in Virgin's in-flight magazine. All they had to work with was a headshot of the model he wanted to feature and a few hours.

"As we worked, [art director] Pepe [Marais] started to doodle on our only piece of artwork. We looked at each other, I blurted out the line, and this ad was born," says Cottrell. The ad ended up winning awards and attracting clients to the budding agency.

"This ad came straight after the market crashed in 2008, and we had to change the spot to be suitable for the new financial reality," says Cottrell. "The work won most creative awards on offer, as well as Gold Effies, but most importantly it won the hearts of baby-loving Americans."

One notable change in the script was made for network clearance. "'Try reading the rules, Shankapotomous' was very nearly 'Try reading the rules, ass clown,'" he says. Cottrell, who inherited creative leadership of the brand from the agency's creative chief Tor Myhren (now at Apple) when he joined the agency in 2008, says "working for him never felt like I had a boss—he was deep in the trenches with me every day, having fun."

Febreze was "a brand approaching a billion dollars in sales and P&G had followed a rather conservative winning formula for years," Cottrell says. "I was tasked with overhauling the creative team and trying to add some creative magic."

Research requiring home visits in Europe and the US found Cottrell sitting on a lot of couches talking about toilet spray. The resulting campaign, "Breathe Happy," won multiple Cannes Lions in its first year, a Creative Effectiveness Lion in its second year and gold US and Global Effies. "The work we did and the fact that it went global is probably the work I'm most proud of. It was a total turnaround story, and had a big impact on Grey's relationship with P&G going forward."

Coke EARN IT 90 from Noel Cottrell on Vimeo.

This holiday ad featuring one of Coke's largest partners, Walmart, represents a key turning point for the agency and its relationship with its largest client, says Cottrell. For two years, the agency had been growing its business with the beverage giant with assignments for Coke partners such as Six Flags, Regal Cinemas, American Idol, NCAA, Nascar and College Game Day. The agency was then invited to pitch for the holiday assignment.

"It was grueling, trying to balance the needs of the two giant brands," he says. But they won the pitch, and producing the work meant that the agency team spent two weeks in a snowed-in trailer with the clients. "The process of making the spot, as well as the response it got, changed the way we were perceived as an agency."

The spot was well-received by both companies, he notes, and caught the attention of "The Today Show" and Shaquille O’Neal, who tweeted it.

E*Trade tells the bitter truth about the One Percent

Is Atlanta the next great creative destination?