JoonYong Park spent five years as a designer in South Korea, dreaming of moving to New York City. He had lived in the United States for much of elementary school, and the transition back to Korea had been difficult for him.

In the eighth grade, after consulting with his mother, he dropped out of middle school and began studying on his own. That also gave him time to spend on the family computer, learning Photoshop. The autodidact earned his high school diploma at age 16 and avoided South Korea’s mandatory military service requirement by training himself to become one of the top 500 programmers in the country, qualifying for an exemption.

In 2004, he landed his big break, as a senior art director at Firstborn in New York. Three years later, he was promoted to creative director, and three years after that, he became the digital agency’s first chief creative officer. In more than a dozen years at Firstborn, he established the 3D animation department and worked on projects for clients like Sony, Aflac, Lowe’s, Pepsi, Smirnoff, JetBlue and Microsoft.

"Design should be effortless," Park says. It’s easy to get lost in the process, to become enamored of what the technology is capable of doing, rather than what the project demands, he adds. "Whatever we create has to work for the user and what they are trying to do. Good design should delight and not get in the way."

Here are the 5 executions Park says define his career. 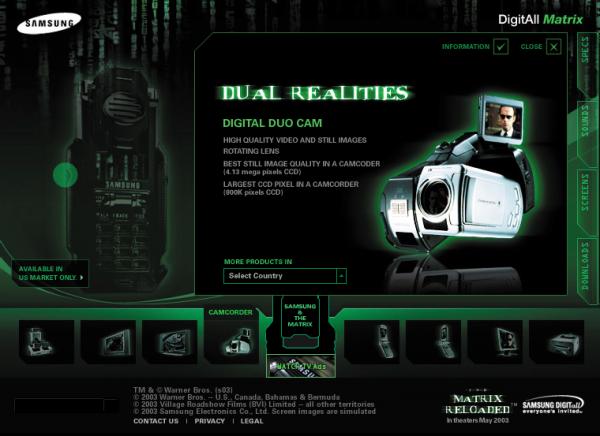 In South Korea, Park bounced around for five years between different design firms. This was the first time he had worked on a collaboration for a big-budget movie, and he found the process to be a challenge. "Product placement wasn’t that popular at the time, so Samsung partnering with ‘The Matrix Reloaded’ to sell the phone featured in the movie was a big deal," Park says. "I had never worked this way before."

The art direction of the movie itself kept changing, so the website Park was helping to create necessarily needed to keep changing as well. "We had to keep adjusting the digital design aesthetic in real-time," he says. "We knew there was going to be binary code and a green halo, but we didn’t have a definitive direction until the whole film finally locked."

But the fan base for the film was huge (at least before they watched it), and the futuristic-looking SPH-N270 phone was limited edition, so "the site traffic when we first launched was insane, which made it all worth it."

Wrigley was looking for a way to get fans excited about two new gum flavors: REACT Mint and REACT Fruit. Park knew he wanted to combine a social media activation with free sample distribution—what better way to get people to try gum than to give it away?

The site used Facebook Connect to populate an immersive 3D experience with the user’s own photos and information pulled from their profile. "It was the first time Connect had ever been used to scrape user data and create a one-to-one experience," Park says. "It was creepy and Orwellian-esque because users’ profiles would populate on all of these virtual TV screens."

They could also enter their mailing address to receive a free pack of gum, along with a pair of 3D glasses and a personalized code that unlocked an online "personalized 3D Rorschach-like motion piece." The project was "a huge eye-opener for me as a designer," Park said, and it set 5 Gum down an interactive path it’s continued on to this day.

By 2010, technology had become less of a design constraint. "Because of that, designers were getting distracted by ‘shiny objects,’" Park says, "focusing far more on technical trickery than they were on the user experience."

So instead of creating an online car customizer that emphasized price and specs, Park took a page from muscle car culture and leaned into the visuals. Selected parts, decals and accessories were rendered in real-time so users could immediately see how each choice affected the final look of their dream car. And when they were finished, the integrated platform let them share their creations with a community of other Mustang aficionados, and even collaborate to build a car together.

A year later, the site was updated to allow users to send their designs to dealers who could make those dream cars reality.

"When it comes to retail experiences," Park says, "there is nothing quite as luxurious as the experience of opening a Rolex box." But translating that experience to the digital world in the form of an iPad app while maintaining that sense of wonder, quality and exclusivity was tough.

Rolex had never created a computer-generated watch before, so perfectly modeling the Daytona was paramount. The design team adjusted the scroll and spin speed to emulate heft and the effect of gravity, and the chrome finish reflected light differently depending on the angle of the tablet. When they printed the 3D rendering they had created, Rolex was unable to distinguish it from a photograph of the actual watch.

The entire unboxing experience was available on the app. "Users could lift the watch from its box, unlock its clasp, see what it looks like on a person’s wrist and even manipulate its crown and pushers," Park says.

"Working with such an iconic brand and being given full creative freedom to bring their product to life in a new way is something every designer aspires to." 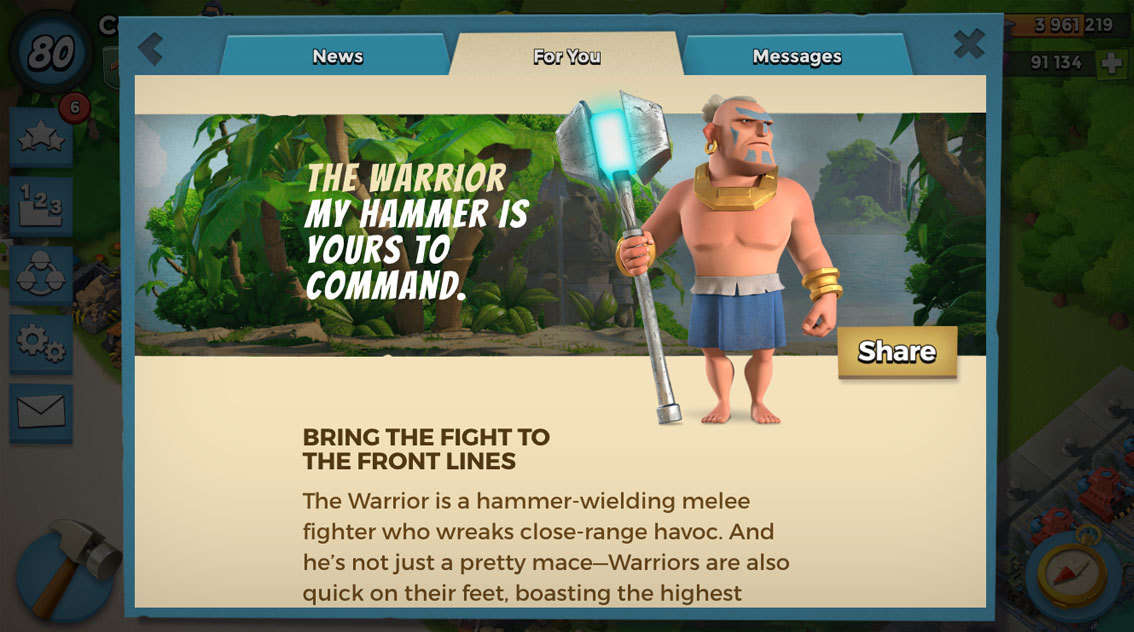 Working with mobile game developer Supercell affords Park plenty of opportunity to update and upgrade his work. "They are always listening to their community for feedback to inform future updates," he says. Earlier this year, fan communities for two of Supercell’s mobile games got a revamped messaging center (yes, another inbox just for gaming). Along with messages from administrators or other players, BoomBox and News Royale also provide the latest news about game additions and features, as well as custom-targeted gameplay tips.

"I love working on products," Park says. "Unlike campaigns—which can be ephemeral—or other experiences—where you launch and can’t go back and make changes—you can constantly iterate."

My career in 5 executions: David Baldwin