From Paris Hilton to Manhattan stunts, this Dailey ECD loves ads that don't feel like ads.

As a kid, Marcus Wesson loved movies that didn’t feel like movies, like "The Blair Witch Project." And he loved ads that didn’t feel like ads, like the Energizer bunny commercials. This love led him to the industry, beginning at FKM in his hometown of Houston before moving to TBWA Chiat/Day in 1995, where he worked on clients like Nissan and Absolut.

He spent three years at Suissa Miller and then five at Mendelsohn Zien working on cars, fast food and sports accounts. His first ACD position was at DDB Los Angeles, a title he also held at Dailey in Hollywood, an IPG shop at the time.

After stints at Omelet and 72andSunny, Wesson returned to Dailey earlier this year, after the agency bought itself back from IPG, and now serves as an executive creative director.

Wesson is most interested in "unusual projects that took a step back and rethought paradigms," he says, "challenging what advertising could be."

Here are the 5 executions Wesson says have meant the most to his career. 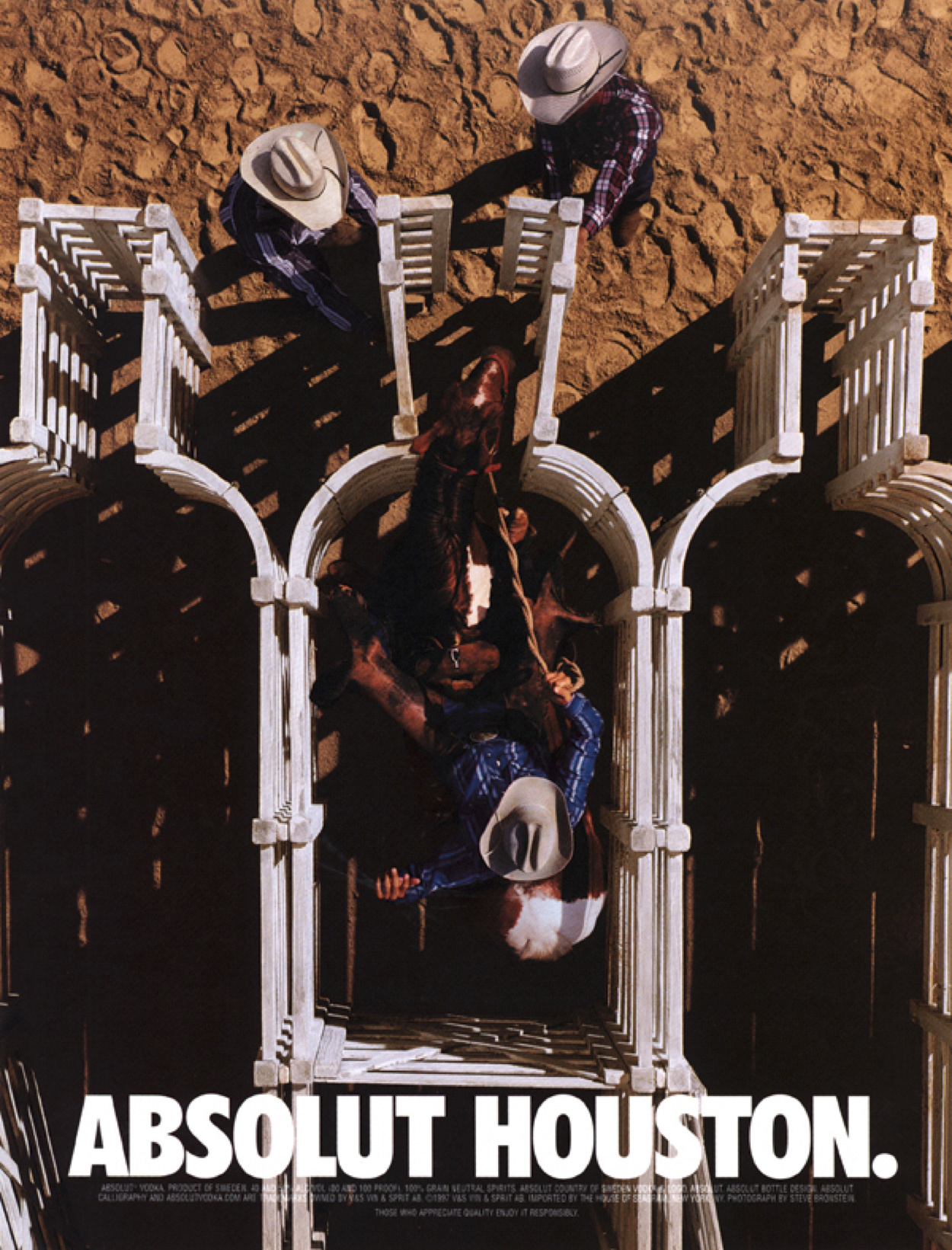 Wesson and his partner Robert Manley were tasked with creating work that represented the South. Fortunately, Wesson is from Texas and Manley is from Florida, so they knew the aesthetic. In fact, Manley owned the cowboy boots used to make most of the footprints.

"When our comp was chosen and produced, I bought as many magazines featuring our work as I could," Wesson says.

The idea for this spot began as a joke about getting Paris Hilton to spout her then-popular catchphrase "That’s hot" for Carl’s Jr’s spicy new offering. "Up until then, the work we churned out all spoke to the target ‘young hungry guys’ and sometimes was humorous, sometimes irreverent and sometimes sexy," Wesson says.

But shop owner Jordin Mendelsohn kept pushing the team to try to make it happen, and they eventually ended up on the phone pitching Hilton the idea of washing a Bentley. "We had no idea it would be that huge," Wesson says, but "for the amount of money they paid Paris, they got it back tenfold in earned media." Afterward, Carl’s Jr continued down the now well-worn path of burgers and bikinis. "Thankfully, it appears they’ve found a fresh path now."

Wesson and partner Miguel Caballero were huge gamers at the time. Since "Modern Warfare" was the first "Call of Duty" game with a contemporary setting, "Who better to review a game about modern warfare than actual world leaders?" Wesson says.

Spots featured not just Vladimir Putin but Kim Jong-Il, Fidel Castro, Muammar Gaddafi, and Mahmoud Ahmadinejad. The rough cuts used Caballero's voice to save time, but the fanboy quality worked, and the track remained on most of the final videos. " We even did a stunt when the Iranian leader Ahmadinejad was visiting the UN, asking him to review our video game," Wesson says.

Another idea that started as a joke, this site began when Wesson and partner Michael Miller were musing about the mudslinging during the 2012 presidential election. "We thought, ‘Wouldn’t it be great if you could physically smack a candidate just by tweeting?’" A developer at Ignition programmed the Twitter interface and SmackACandidate was born.

"This was probably the most rewarding campaign I worked on, since it went almost immediately from idea to execution," Wesson says. It’s also representative of the kind of work he returned to Dailey for.

The Omelet team was tasked with creating a buzzworthy promotion to launch the premiere of a new Bravo show. Hurricane Sandy had been unkind to New York City, but it did make it easier to buy flood-damaged cars.

"The one thing that really made this promotion work was using expensive cars," Wesson says. "It wouldn’t have been as engaging with Civics and Corollas."