The UK advertising market will grow by 6.2 per cent this year, Carat has predicted in its latest adspend report, up from a previous forecast of 5.5 per cent for 2016.

Today's Carat Ad Spend Report by the Dentsu Aegis Network media agency predicts the UK will outperform the rest of the Western Europe market, with the exception of Ireland which is set to grow by 7.3 per cent this year.

The UK grew by 6 per cent last year, according to Carat, and growth is expected to continue in 2017 at 5.7 per cent. 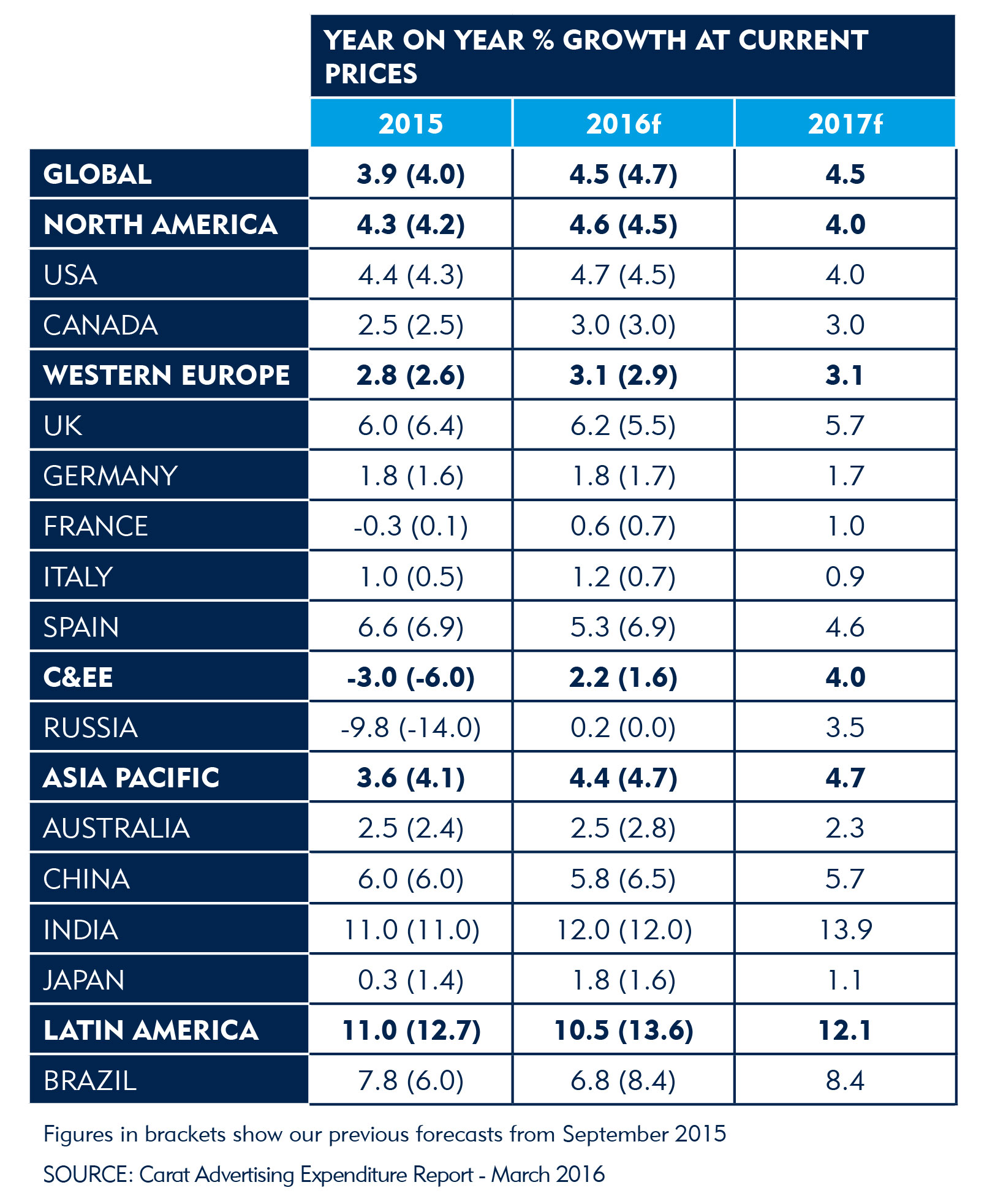 Carat warned that its growth predictions are subject to change following the UK referendum in June on whether it should remain or leave the European Union and the result’s impact on economic confidence.

TV adspend in the UK is expected to grow by 5 per cent in 2016, with high-interest events such as the Olympic Games in Rio and the European football championships, which is expected to lead to high advertising growth in betting, alcohol, cars and sporting goods.

Digital advertising will continue to grow at double-digit levels, the report said, with 12.8 per cent growth in 2016 and then 12.2 per cent in 2017. Carat reiterated its prediction from its previous report that digital media share would reach over 51 per cent this year.

"While economic volatility has impacted some major markets, solid growth has been maintained globally, with stability foreseen for this year and next."

Why Nielsen retains a crucial role in media

Digital adspend forecast to become 51% of UK market in 2016

Global adspend to fall dramatically, according to ZenithOptimedia