Chaka Sobhani, global chief creative officer at Leo Burnett, gives her predictions for this year’s Cannes winners from around the world as creativity shone in a dark year

The struggle against a deadly pandemic remains so real in too many parts of the world, with uncertainty and fear still governing much of the day to day. Creativity has, not surprisingly, taken a similarly unpredictable path over the past 18 months. At its best, it has turned up in the most relevant, innovative, fearless and helpful ways. Sometimes to guide, inform and educate and, more recently, to entertain and provide some levity in difficult times. What is clear is that creativity can thrive even in the darkest moments and provide hope when it is most needed.

While life for us all will forever be changed, some aspects of pre-Covid life are coming back online, including our annual confab to celebrate the very best of our industry’s work. And while we won’t be descending on the sun-kissed Côte d’Azur this year, I think we all can agree that returning to our rite of handing out Lions in June is quite a welcome one.

It is a tradition at Leos to have a bit of fun in advance of Cannes and make a few predictions about what we think might grace the stage in the livestream ceremonies.

In the past decade, Cannes has broadened the tent, expanded the festival and made forecasting more unpredictable than ever. That said, without further ado, here’s a good guess as to what we might be talking about soon.

After a global event of such unprecedented magnitude, it might be fair to expect an unprecedented number of communications about it. We’ll see what emerges, but one contender to watch is Thai Airlines’ “Stay home miles exchange” from Wunderman Thompson Thailand. 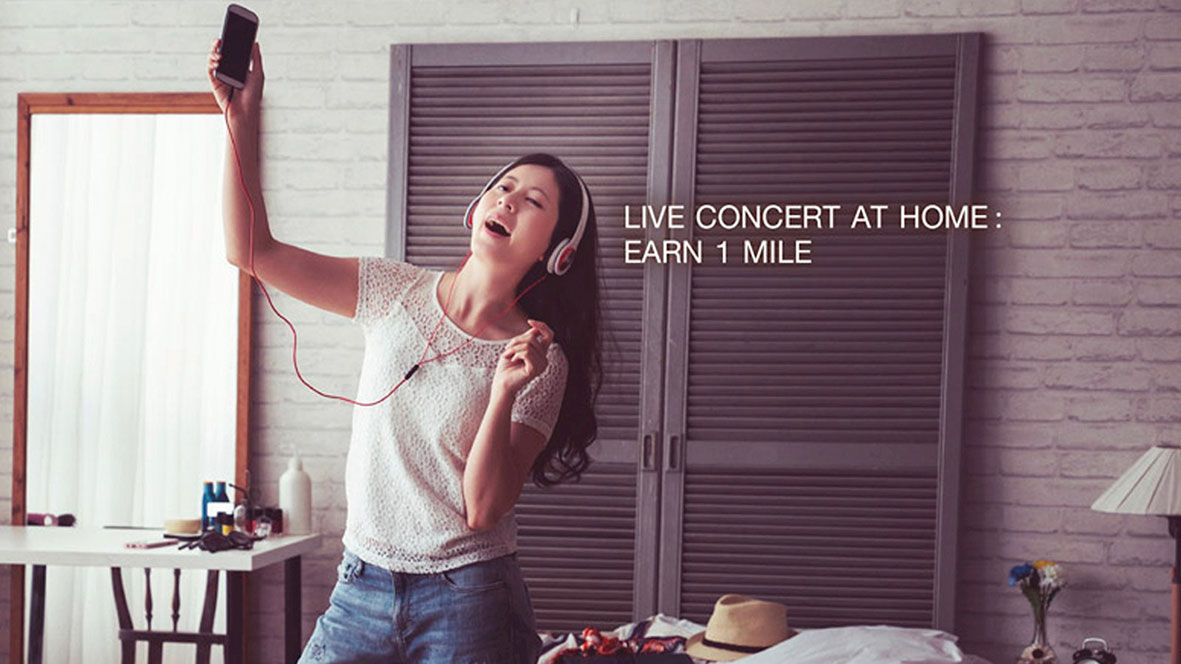 The airline actively encouraged people not to travel by rewarding those who remained safely separated from others at home. With geolocation technology, users were able to prove they’d stayed put while earning actual redeemable miles. 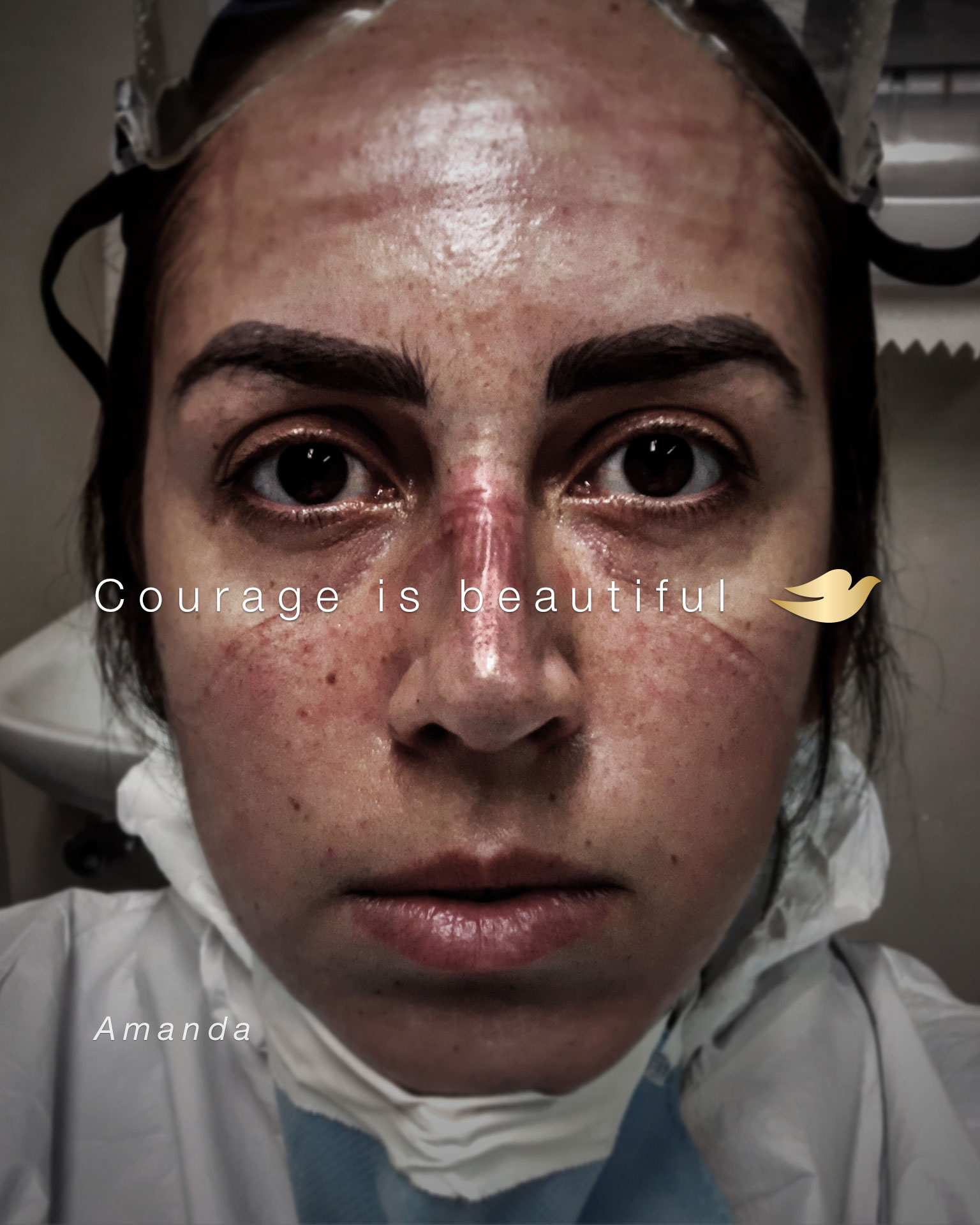 Unilever’s Dove has been celebrating “real beauty” for nearly two decades and connected its brand premise to the courageous efforts of healthcare workers, who faced exhausting conditions in the early months of the Covid outbreak. The brand used powerful photography to capture the weary, mask-marked faces of these frontline heroes for its “Courage is beautiful” campaign, which also included a charitable component to deliver much-needed PPE where it was needed. We’re likely to see a few Lions handed to efforts that have delivered real help and support to people during the crisis, these two included.

Cannes loves culture, and the territory where brands authentically mix with music, entertainment and pop ephemera tends to be fertile ground for Lions. Leapfrog off a wildfire phenomenon and you’ve got a recipe for success. 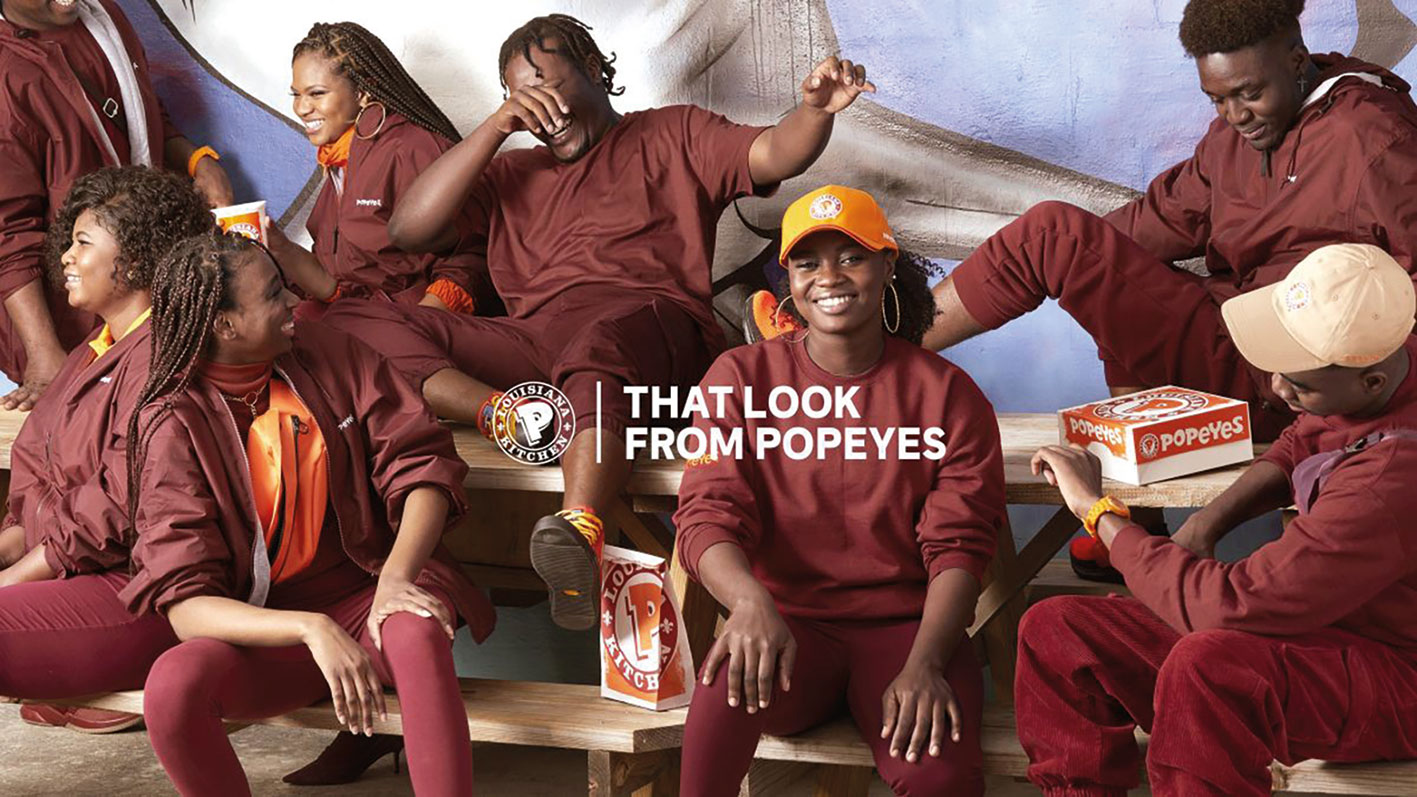 When Beyoncé’s latest collection of her Ivy Park fashion line made its debut, fans noticed that it appeared inspired by the uniforms worn by Popeyes’ restaurant employees. Brilliant. With the help of GUT Miami, the brand took a cue and turned those outfits into a line of its own. “That Look from Popeyes” sold out instantly, turning legions of enthusiasts into walking influencers, and racked up media in a way that only Bey can help do. 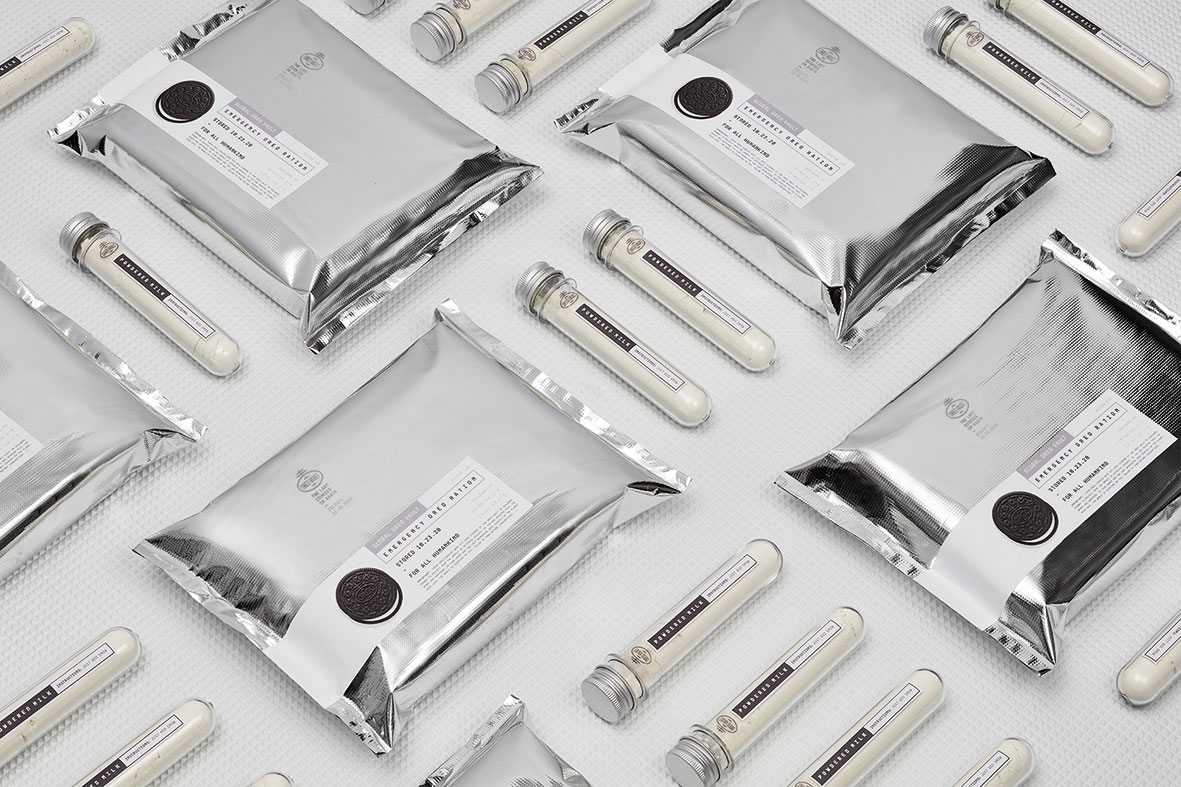 Look for brands that seize this type of cultural fuel and take it to the next level to strike gold. And sometimes the sillier the better. From the world of arts to the sciences, Oreo found inspiration for its “Doomsday vault” project in outer space. When news of a potential Earth asteroid strike broke, a Twitter user wondered who would save Oreos in the event of a catastrophe? The brand didn’t waste any time guessing, enlisting a team to build a fortified vault — the type used to store and protect seed stock — in the hinterlands of Norway to protect the precious biscuits from harm. The unusual ambition of the project led many to question how real it all was, boosting the brand’s talk value even further and, more importantly, just making us smile. 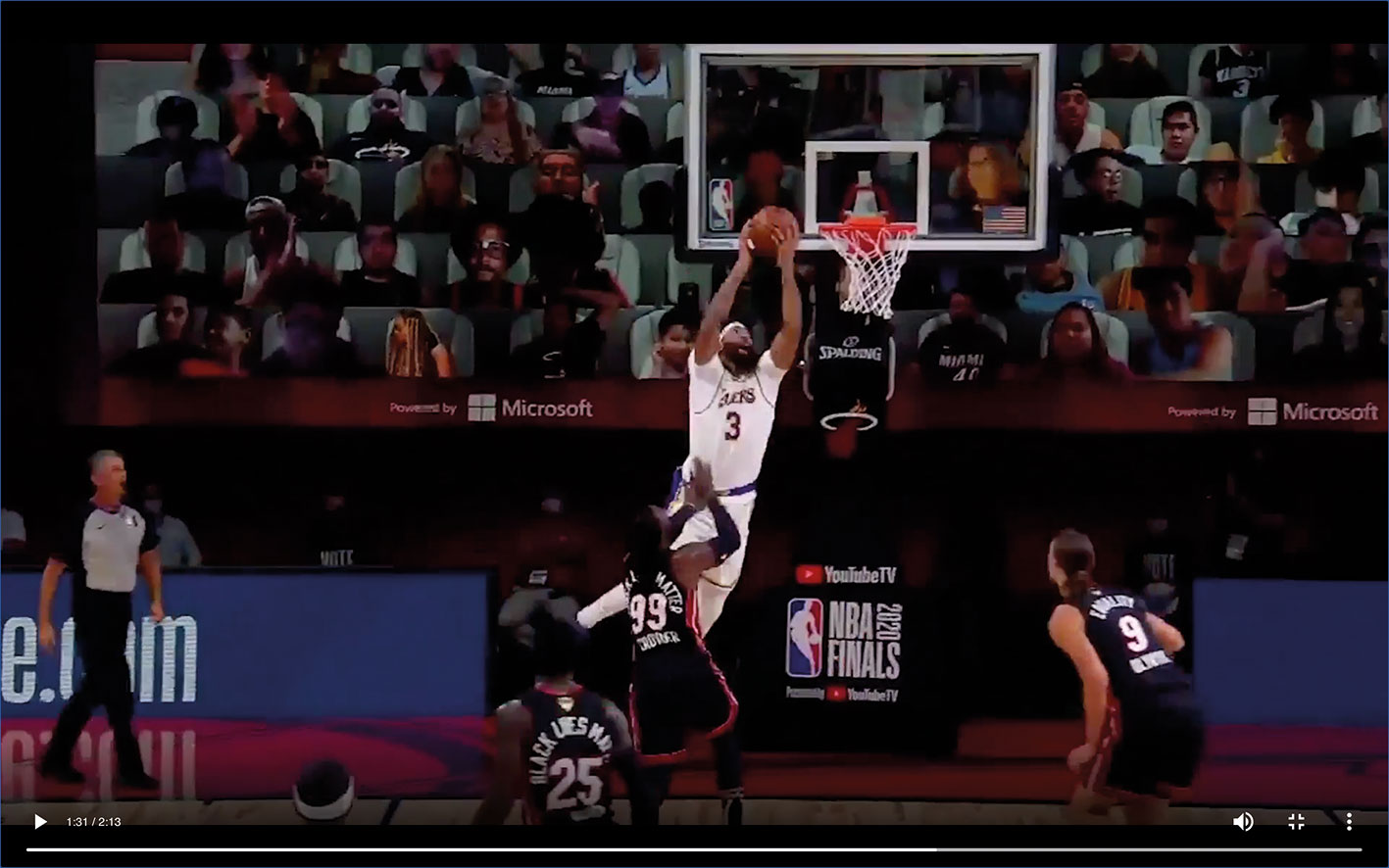 Another brilliant brand-enabled cultural connection came from Michelob Ultra in the US, which brought NBA fans there closer to the action during a basketball season taking place in a virus-isolated bubble. With the help of Microsoft and its Teams technology, Michelob let winners sit “courtside” digitally and chat with ex-league legends in exclusive chat rooms. Look for this, and other brands that have used technology to deliver innovative one-of-a-kind experiences for consumers, to pick up metal this month. 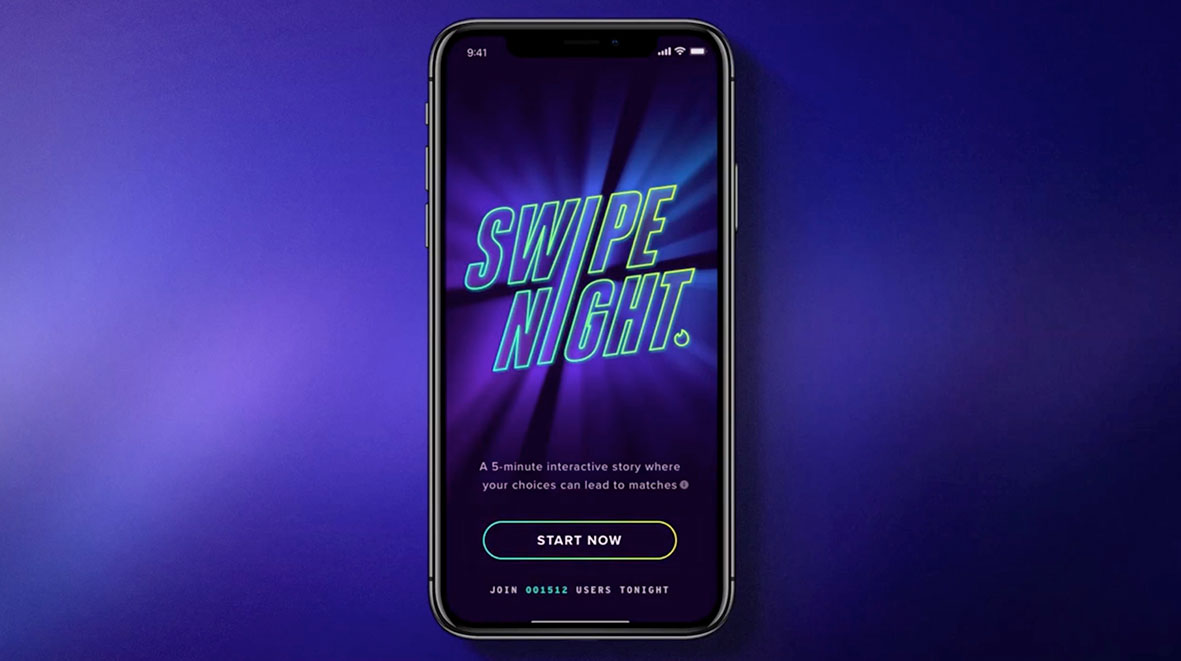 Elsewhere, we find tech brands doubling down on premium content, leveraging new ways of storytelling to build culture and community. Whether you’re an active user or not (no judgment), Tinder’s “swipe right, swipe left” matchmaking interface was used in a fresh new way to navigate a story and help successful hook-ups in the process. “Swipe night” from 72andSunny layered on a choose-your-own-adventure-style gaming element to the narrative, inviting users into a richer experience, whereby matches were based on choices made – save the puppy or the person? Engagement and time spent in the app massively boosted, as well as hopefully some more successful love/lust matches.

What to expect for film? It’s a big, beautiful and broad category, often filled with last-minute surprises, but a handful have proved festival favourites so far.

The first is a psychedelic subway ride, courtesy of Adobe Photoshop. Its formidable editing capabilities are brought to life in a technicolour spectacular that recalls the epics of yesteryear. No coincidence, perhaps, that it was directed by Antoine Bardou-Jacquet, who was behind the similarly visually stunning “Cog” for Honda, another big Lion winner. Craft and spectacle reign.

As much as Cannes loves a blockbuster, it also loves humour, and few countries have made an impact in this sphere so distinctively as Thailand (anyone remember the fantastic “Bok choy” from Leos Thailand a couple of years ago?). This year’s Adfest Film Grand Lotus went to “Shop unfriend” for Central Department Store, which mashed up the trademark absurdity and unexpected twists we’ve come to expect. Leaves you speechless in the best way.

And, of course, great epic storytelling is paramount to making great film. One beautifully told contender picks up on the narrative of a classic Hollywood tale to illustrate a product benefit with natural elegance and watchability. In “ScissorHandsFree” for Cadillac Lyriq, we meet the son of eponymous Edward (the perfectly cast Timothée Chalamet), also blessed and cursed with blades for fingers and unable to drive a traditional car. His mum, played by Edward Scissorhands star Winona Ryder, finds the EV’s Super Cruise technology to be the perfect fit for his unique needs. Beautifully told film craft.

At the end of the day, it’s most often the film that simply leaves us feeling the most that wins juries’ hearts and minds. It’s hard to imagine a more poignant and powerful two minutes than “You love me” from Beats by Dre, a love letter to the black community addressing its complicated relationship with the US. Grippingly told, the piece offers a masterclass, with impeccable cinematography, writing, editing and music. Above all else, it’s the visceral punch the piece delivers that leaves the strongest impression. And much to think on about.

Lastly, we’ve heard plenty over the past few months about corporations raising their voice and brands taking a stand on issues beyond their immediate purview. It’s a conversation that’s been percolating for many years, but we can expect big winners this year to mark significant progress on this front, a moment when brand actions can be as powerful catalysts for change as any. 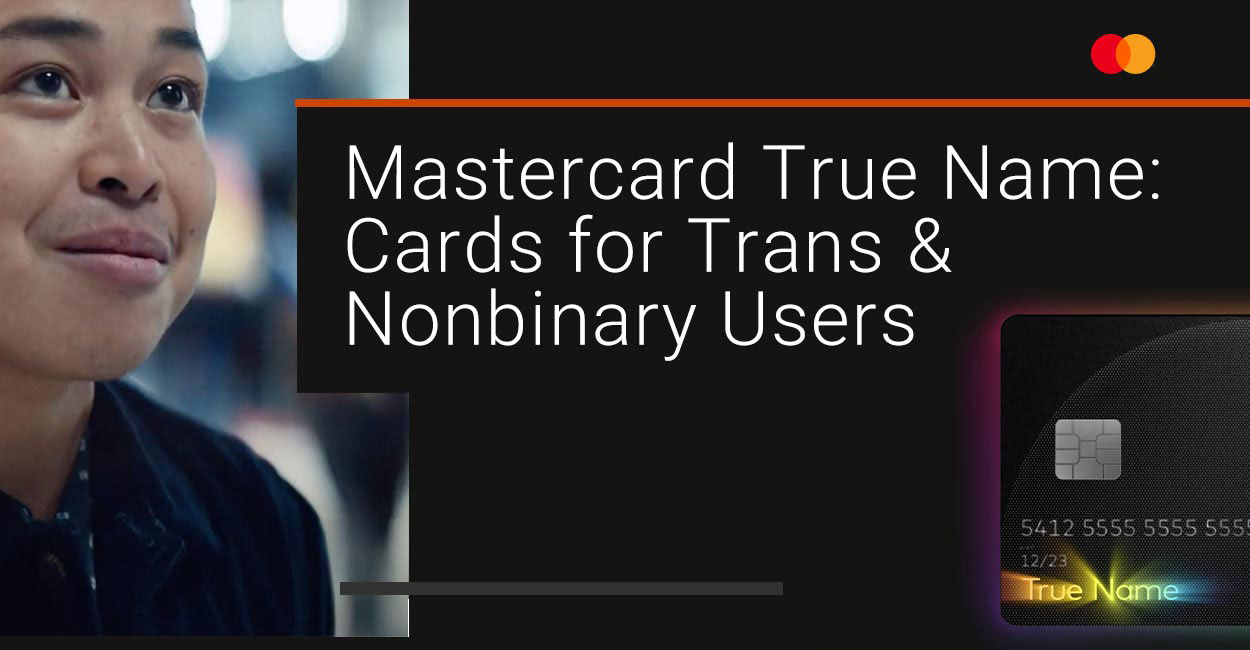 Mastercard’s “True name” falls into this category. To address challenges of misrepresentation affecting some members of the LGBTQ+ community, the brand introduced “True name,” a feature that allows people an easier way to display their chosen name on their card. Nearly 70% of transgender and non-binary people go by names other than those by which they’re legally recognised, so the initiative stands to make a big difference. Mastercard has been working with banks to make the product available to as many people as possible; a simple but brave, impactful idea with potential to grow. In other words, creativity that truly changes lives. Prime Lion material.

Of course, this short preview will pale in comparison with the treasures the festival will uncover. But I suspect it will confirm the themes we’ve all seen and experienced — that we can be grateful for creativity through the darkness of a global pandemic; and during a time of great challenge, our industry is making every effort to step up and deliver work that can make a real change to people’s lives.

How are you keeping the Cannes spirit alive this week?