Agencies across the Atlantic are entering an exciting new period for the ad industry, with increasingly restless clients giving them even more reason to be on their game.

By Douglas Quenqua, editor-in-chief, Campaign US

In the words of Sir Martin Sorrell: "America’s prospects are good."

The economy and the dollar are showing new strength. Unemployment is falling and consumer confidence is up. Interest rates are still low, driving the most competitive real-estate market in a decade. Gas, once again, is cheap.

And adland is cautiously optimistic.

Spending is up, but margins are getting tighter. Advertisers are feeling bold, taking risks on new platforms and technologies, which makes for happy creatives. Today, good work – even regional ads that would once pass unnoticed – is celebrated far beyond the bounds of the industry, shared enthusiastically across social media, particularly if it carries a social message.

But brand loyalty is on the decline, and not just among consumers. Advertisers obsessed with the latest digital wizardry are throwing off the shackles of the agency-of-record model, turning their back on old agency relationships to try the hot new thing. If a client isn’t in review today, there’s a good chance it will be tomorrow. Agencies are accordingly nervous.

And when that review happens, it’s hard to predict just who you might find yourself up against. Digital shops are fighting with PR consultancies for social business; business consultancies are competing with media shops for strategy; and everyone is trying to steal business from the "traditional" agencies – though good luck finding anyone who embraces that label. The agency business is lately beset by a thousand invaders, pressing them to expand into new and sometimes unnatural areas just to keep business that, not too long ago, felt like a birthright.

On the media side, programmatic buying has ushered in efficiencies and fear in equal measure. Agencies are restructuring to handle the new technology, while publishers must choose to go along or resist. Either way, the model has already succeeded at transforming the business. For proof, look no further than the AOL/Verizon deal, in which the esoteric ad tech properties all but eclipsed sexy brands such as TechCrunch and The Huffington Post.

Campaign is new in the US, having launched during New York Advertising Week in September 2014. But so is just about everything else affecting the industry. We look forward to seeing where this is all going. 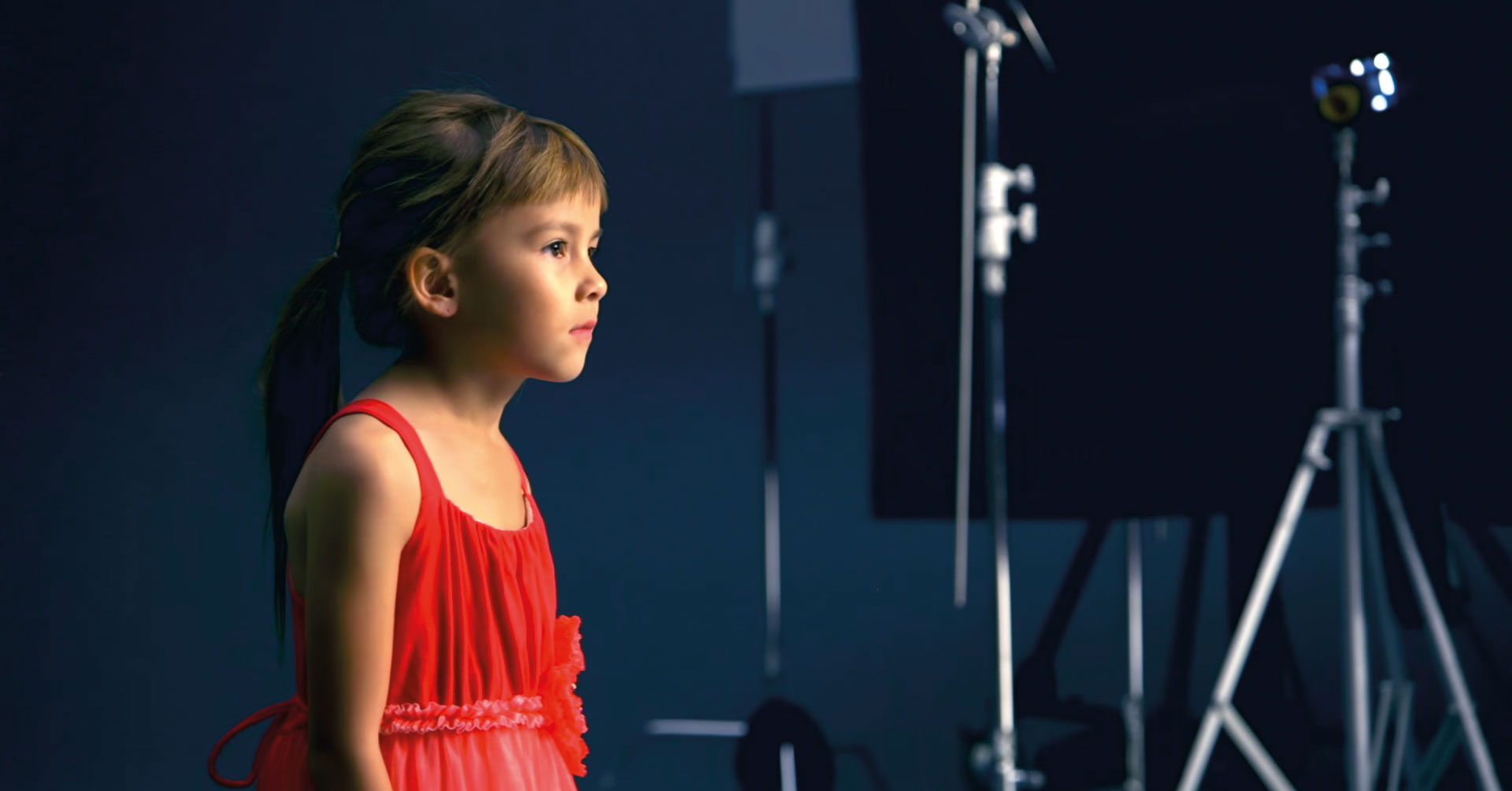 Leo Burnett’s Chicago, London and Toronto offices, as well as Holler, collaborated on a campaign for the sanitary pad that shook up the gender status quo. It features real people being told to do things "like a girl". Older men and women tended to respond with pathetic-looking actions, while younger girls were unaware of the bias and performed the activities with gusto. For almost a year, the ad has framed discussions of female self-image. 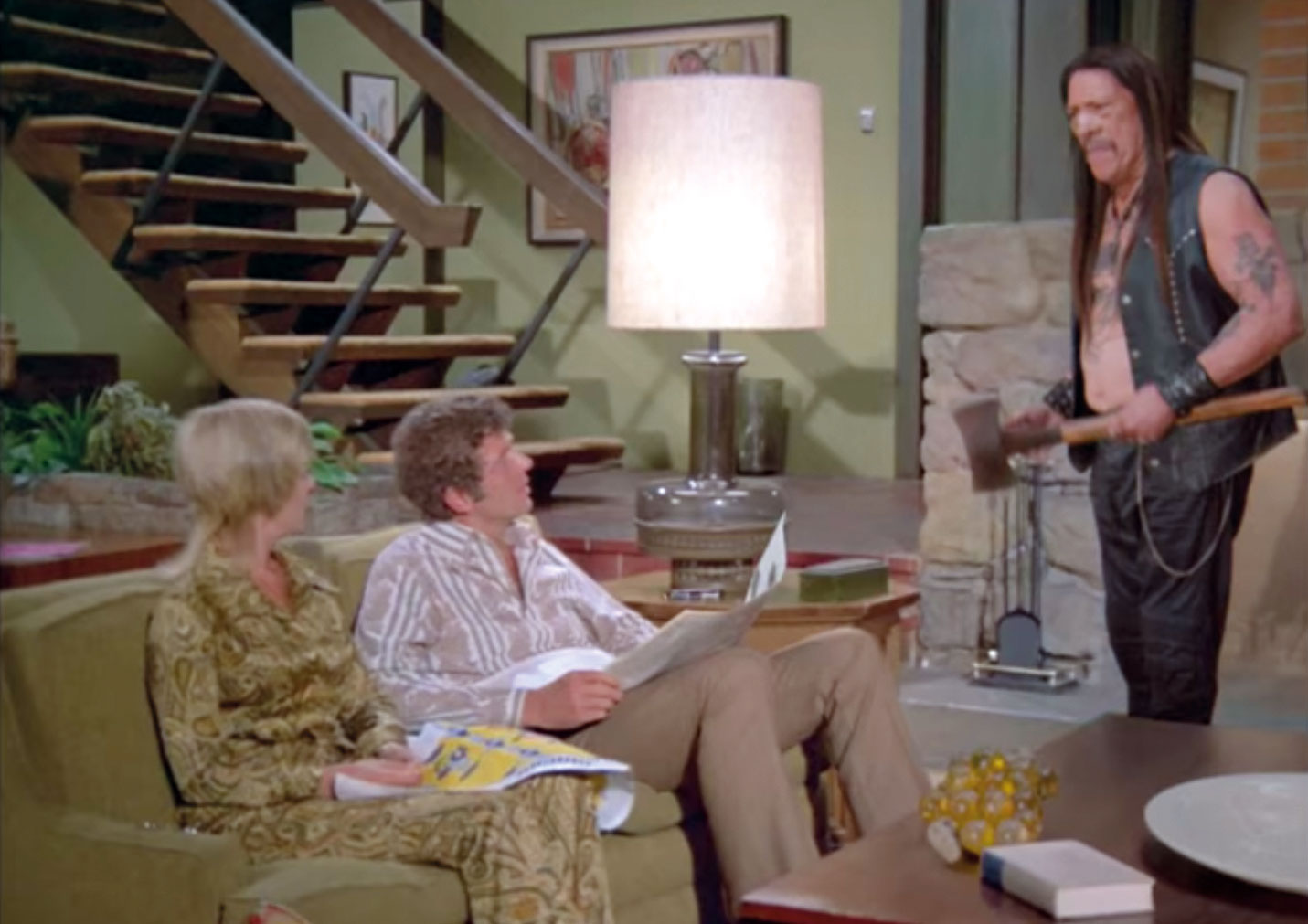 For years, the brand has been dining out on its "You’re not you when you’re hungry" slogan. This year, Snickers came back to the Super Bowl after a four-year absence to top its previous efforts. Screen tough guy Danny Trejo was dialled into the set of the 70s sitcom The Brady Bunch as the eldest daughter Marcia Brady, while Steve Buscemi elbows in as her competitive younger sister Jan.

‘Will beats noise’ Under Armour
Droga5 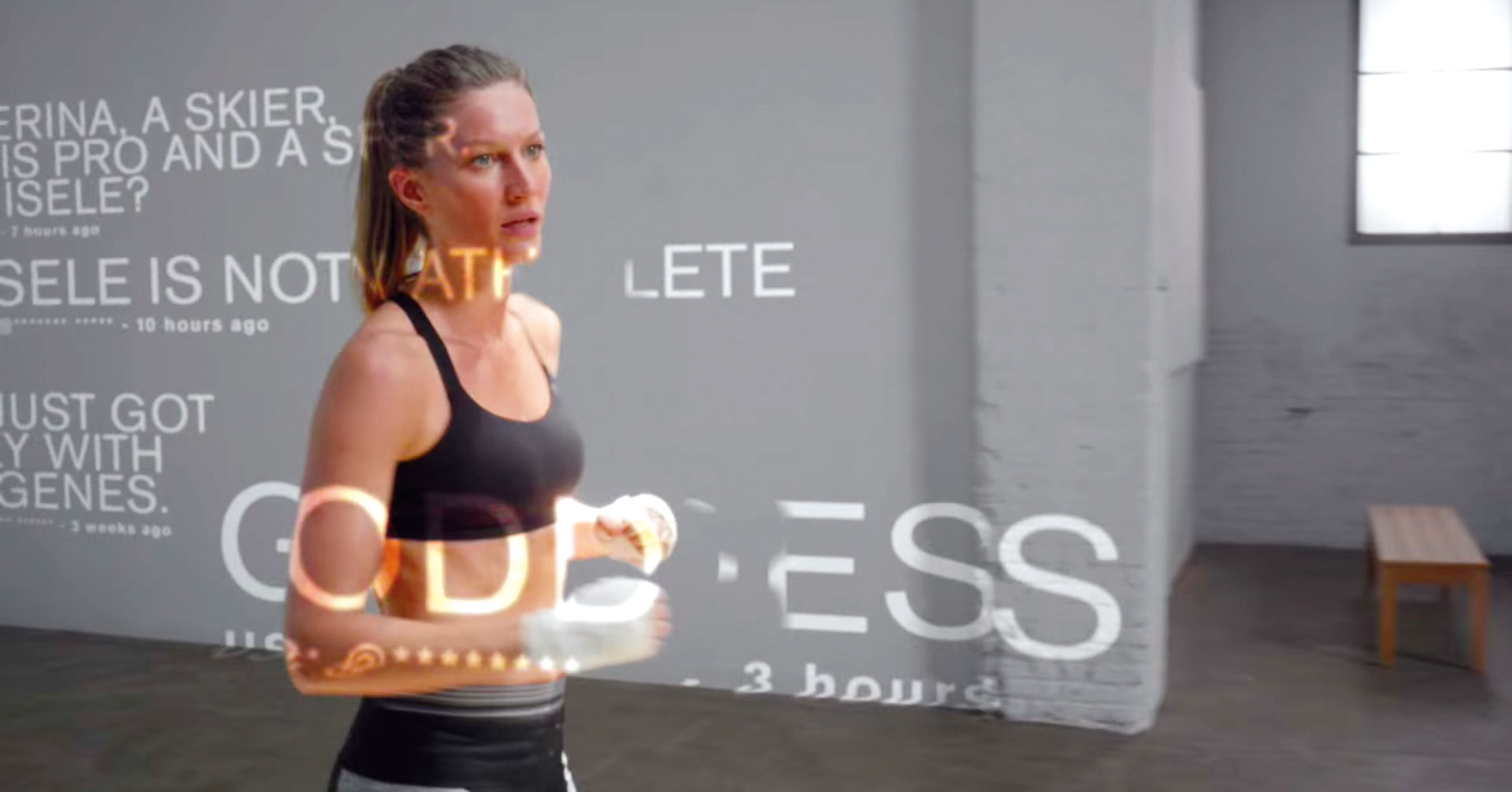 Under Armour went meta with this campaign that dramatises the harsh side of social media effort. The model Gisele Bündchen works out with a punching bag as real Tweets criticising her inclusion in this sports-themed campaign are projected on to the walls behind her. ("Gisele is not an athlete!") 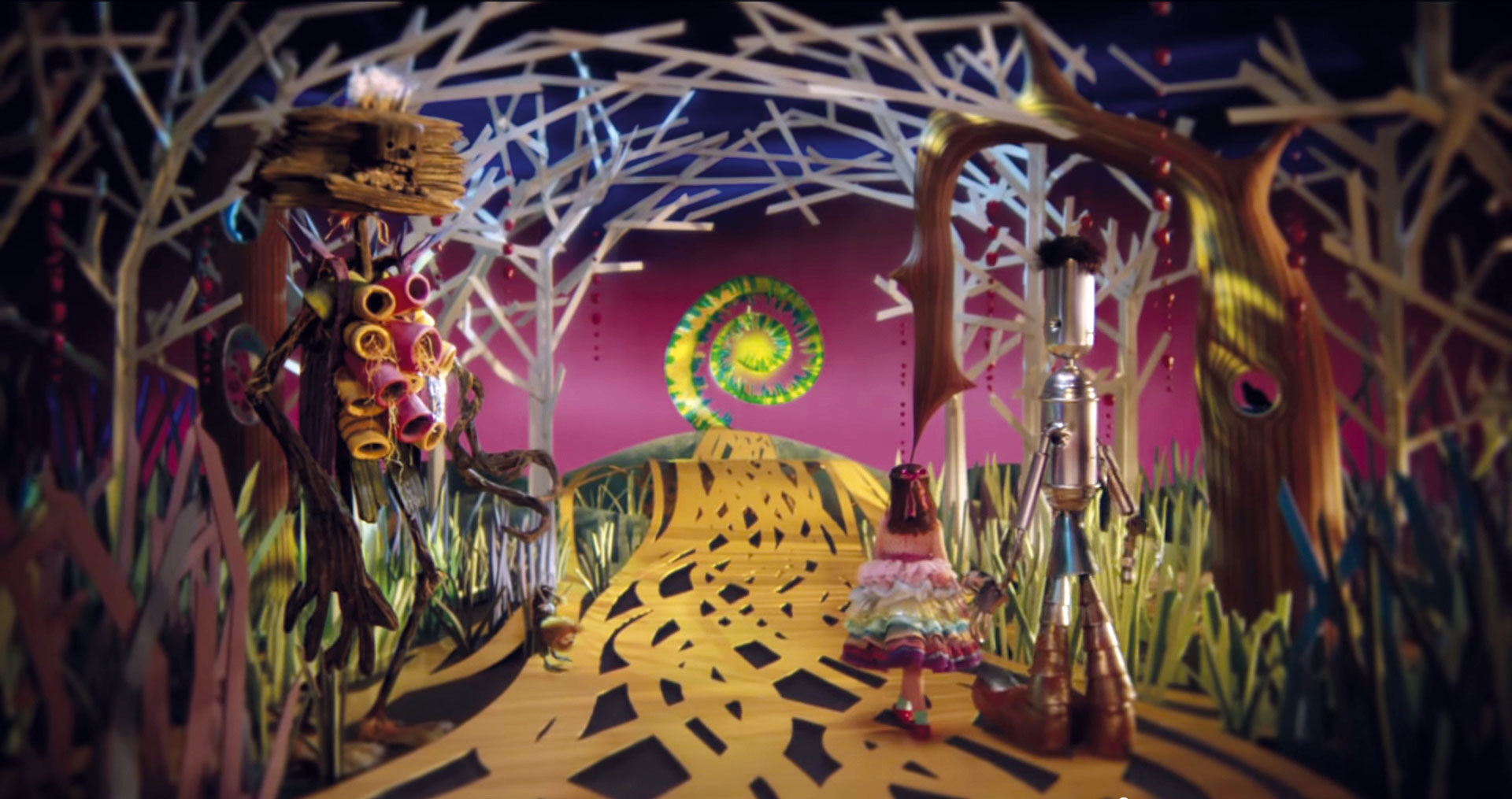 Often considered the Evil Empire by US consumers, the cable provider tugged heartstrings at the 2015 Academy Awards with an ad that evoked movie magic through the imagination of a seven-year-old girl who is blind. The animated spot visualises Emily’s description of the characters in her favourite movie, The Wizard Of Oz. 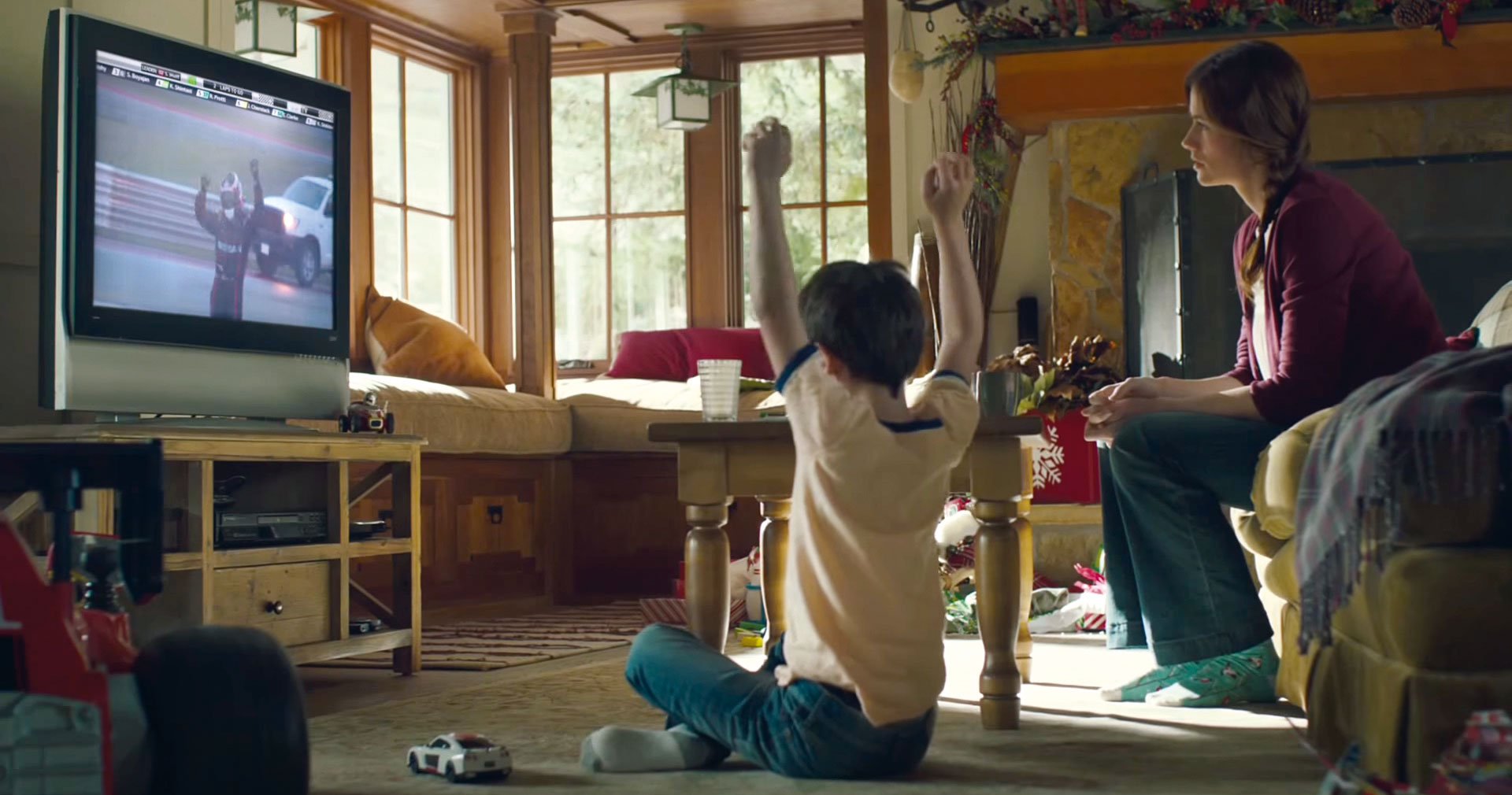 With its themes of absence and fleeting childhood, Harry Chapin’s Cat’s In The Cradle is already an emotional workout for any father. Nissan’s Super Bowl spot – featuring a racing-car driver struggling to keep up with his growing son – hit viewers right in the Y chromosome. 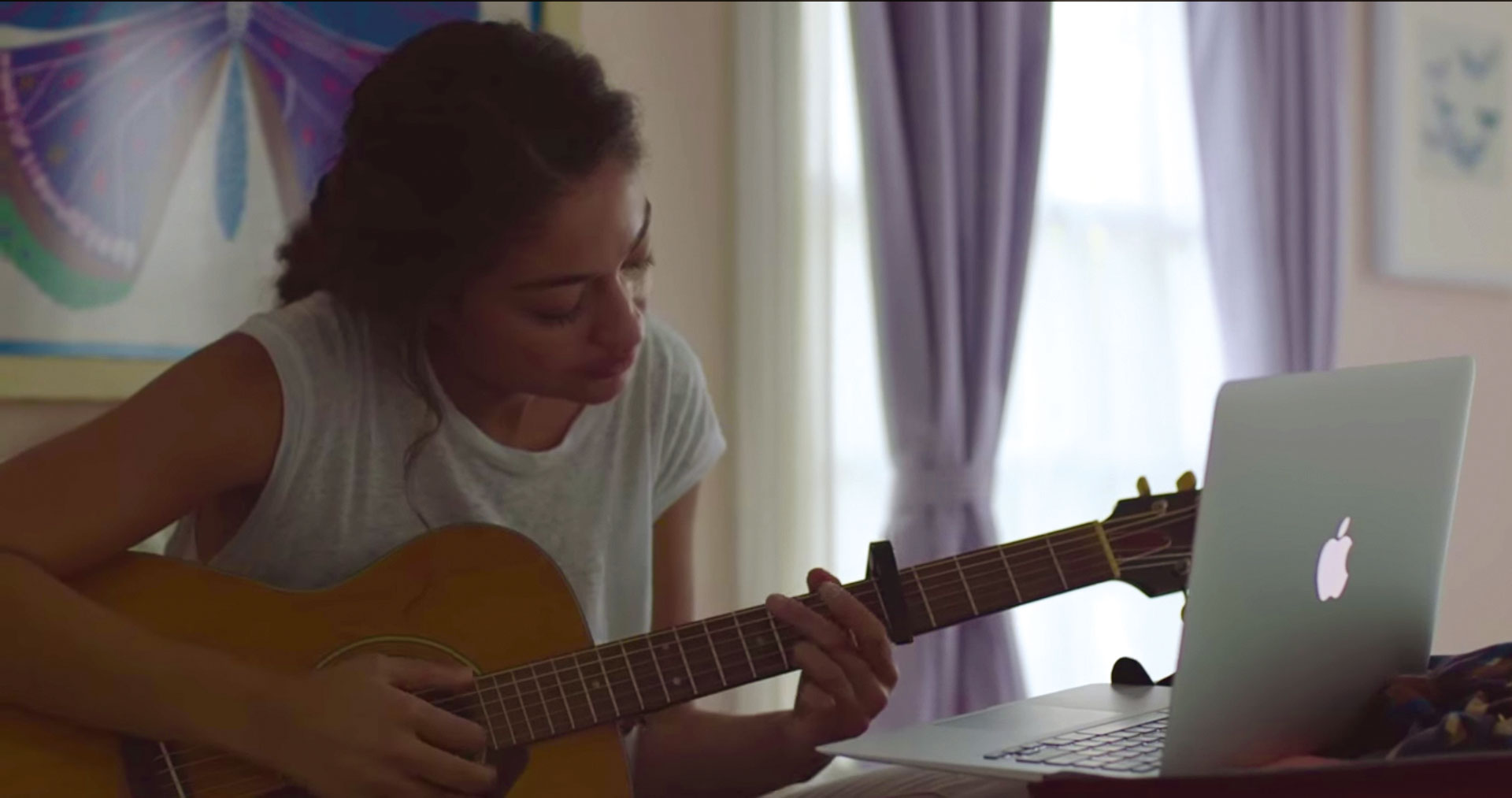 Fast-laning
From the airport to Disney World to Starbucks’ "order ahead" programme, US consumers are expecting brands to reward their loyalty by letting them cut in line. The challenge for brands is to provide fast-lane service without slowing down new customers.

Self-improvement through wearable
Wearing your technology invites a new level of intimacy that consumers are embracing in the form of self-improvement, from health monitors to fitness trackers. With consumers getting this close to their tech, will there be room for brands to squeeze in-between?

But you know me!
Though still wary of parting with personal data without good reason, US consumers now expect companies to use their info if they have it. Want to make a customer angry? Have your CRM reps ask for her address and phone number – again – before they can offer help.

Embracing brand values
There’s nothing new about brands supporting a good cause, but look closely and you’ll see consumers in the US increasingly rewarding companies that take opinionated stands on thorny social issues. It’s a tough needle to thread, but one that can pay off in fierce brand loyalty.

Everything is shareable
From Airbnb to Zipcar, US brands are finding that consumers are happy to share what they once would have owned. Driven by financial, environmental and lifestyle concerns, the trend is being charged by mobile technology and a start-up culture flush with investment cash.

Mobile wallet
The launch of Apple Pay has brought mobile payments into the mainstream, and the indications are that any qualms about managing finances through phones are being left behind. Expect a slew of new apps and online tools to resonate with consumers eager to pay on the go.