Our official favorite drives to further progress the equality conversation.

Nothing to see here. Just an assortment of giant boobs drifting down a canal.

The flock of buoyant breasts currently gliding blissfully through Amsterdam is the work of 72andSunny.

From small to big, veiny to hairy, fake to pierced, the agency is calling on the world to rejoice in everything booby -- free from shame and stigma, objectification, harassment or censorship.

The idea was triggered by research with close to 160 participants which revealed that nearly 78 percent had felt embarrassed by their boobs at some point of their lives.

Laura Visco, deputy executive creative director at 72andSunny Amsterdam, said: "We think it’s pretty strange that as a society we are so stressed out about boobs. Our team’s aim is to highlight the scrutiny and unnecessary sexualisation that boobs still have to go through.

"We want to open up the dialogue about everyone having an opinion about this supposedly ‘controversial’ body part. You still can’t post any pictures showing nipples on Facebook or Instagram for example if not showing breastfeeding or, say, mastectomy scars.

"Cultural policing of women's bodies starts early and only gets worse with age. Too big, too small, too old, too young -- boobs are judged, inspected, grabbed and censored. At 72andSunny Amsterdam, we believe all breasts are wonderfully equal. No judgement here. They’re just boobs."

"Make a Little Trouble" by HBO and Mekanism

It’s arguably the best use of HBO’s Game of Thrones yet.

The brand teamed up with Mekanism New York to launch "Make a Little Trouble" -- an inspiration spot that highlights a speech given by screenwriter/director Nora Ephron to the graduates of Wellesley College in 1996.

Clips of various HBO female characters are shown throughout Nora’s speech, including Nora herself from HBO’s Documentary Everything Is Copy.

"HBO shows challenge people’s perception of how women should, or should not, act with their roster of fierce female characters. When thinking about the best way to tell this story, we came upon Nora Ephron's speech in the HBO documentary, Everything is Copy." said Katie Bourgeois, senior art director at Mekanism.

"Nora paved the way for such strong characters on and off screen. Marrying her words with our characters on IWD felt like a powerful way celebrate women and the trailblazers that got us here."

Budweiser is committed to doing its fair share of the work to realize an advertising world where that number is no less than 100 percent.

Monica Rustgi, VP of marketing for Budweiser, said: "As a leader in advertising, it’s our responsibility to showcase women in more balanced and empowered roles.

"We are proud to officially announce our long-term partnership with #SeeHer to better inform and evaluate our future creative." 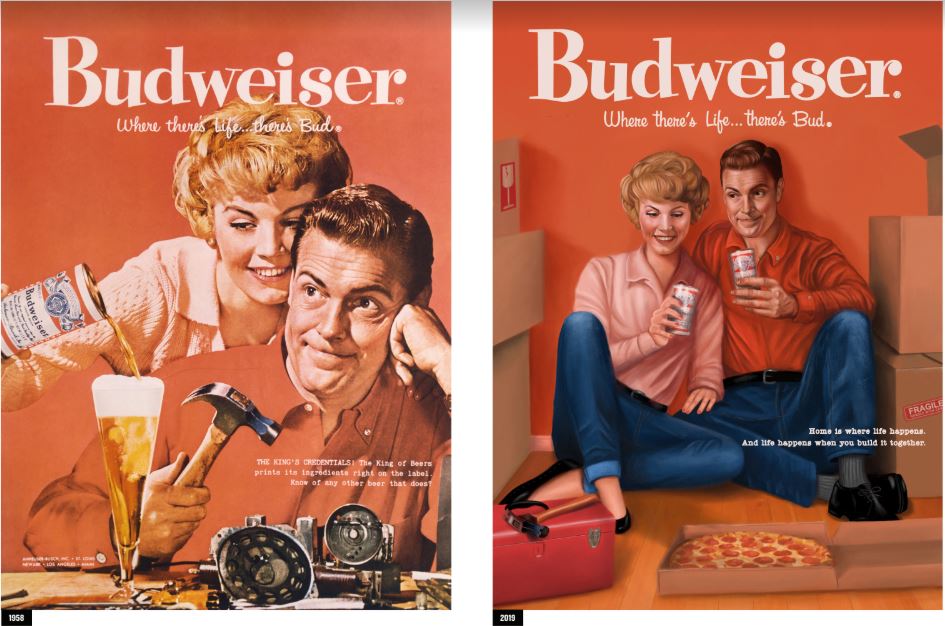 Unheard Project by UN and WPP

UN Women, J. Walter Thompson and WPP have launched the Unheard Project -- a campaign created to amplify the voices of inspiring women using media and a dedicated website and social messaging to share their stories.

The drive is centered around the stories of several amazing women, brought to life for the first time across platforms through more than $1.5M in pro bono media donations and a billboard takeover in Times Square.

Tia Gordon, chief of communications and advocacy, said: "On International Women’s Day, UN Women is amplifying the unheard stories of incredible women who are fighting for gender equality around the world to create a brighter future for women and girls. The creative work by our partners at J. Walter Thompson, under the UN Common Ground initiative, highlight the unsung heroes and unheard voices of inspiring women." 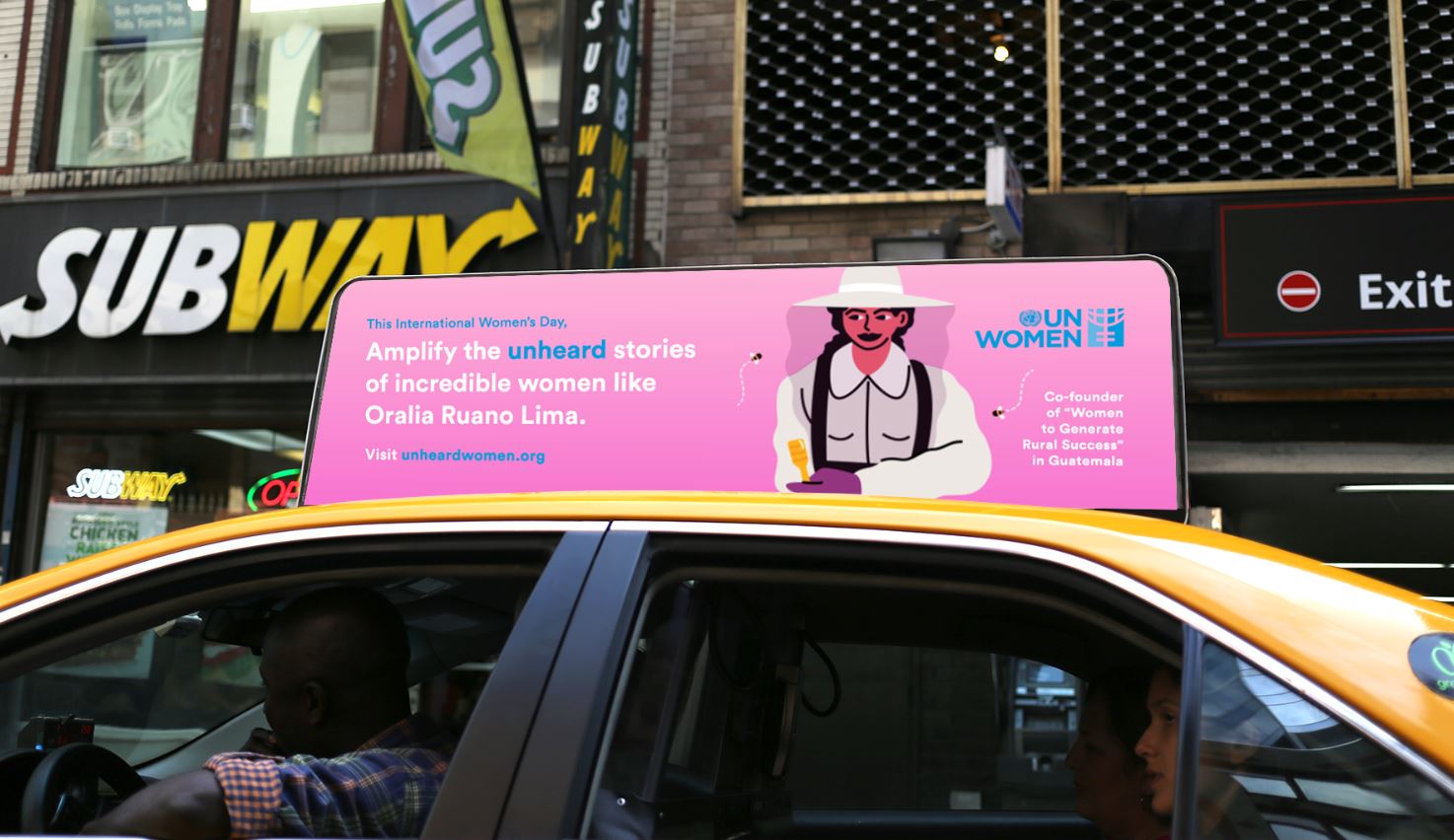 #BiasCorrect by Catalyst and Burns Group

Catalyst, a global non-profit focused on creating workplaces that work for women,has launched a bold campaign to tackle one of the biggest gender equality issues in the workplace: unconscious gender bias.

The drive, which features women from diverse industries, aims to shine a light on the power of words used to describe women and encourage people to "#BiasCorrect" by paying more attention to theirs.

"Women and men with the same talents and skills are often described in very different ways due to unconscious gender bias, creating invisible barriers that can have an enormous impact on women’s advancement," said Lorraine Hariton, president and CEO of Catalyst. "The good news is Catalyst’s resources provide ways people can overcome their own unconscious biases. The #BiasCorrect campaign is designed to spark conversations around the power of words, and more importantly, to inspire learning and action."

Among the tools offered is the first-ever #BiasCorrect Plug-in to tag unconscious bias in real-time conversations on work-based chat platforms such as Slack. It identifies words that create harmful gender stereotypes and suggests alternative language. For example, if a woman is described as "aggressive," the app suggests correcting the sentiment to "assertive." Eskalera, the company that developed the technology for the plug- in, is making the software available via open source code in an effort to spread the message and encourage change across every chat platform.

Joanne McKinney, CEO of Burns Group, said, "We jumped at the chance to partner with Catalyst and apply creativity to the issue of unconscious gender bias. Our team was determined to create an idea that did more than just build awareness of the issue. The marriage of technology and humanity in this campaign is what makes it truly powerful." 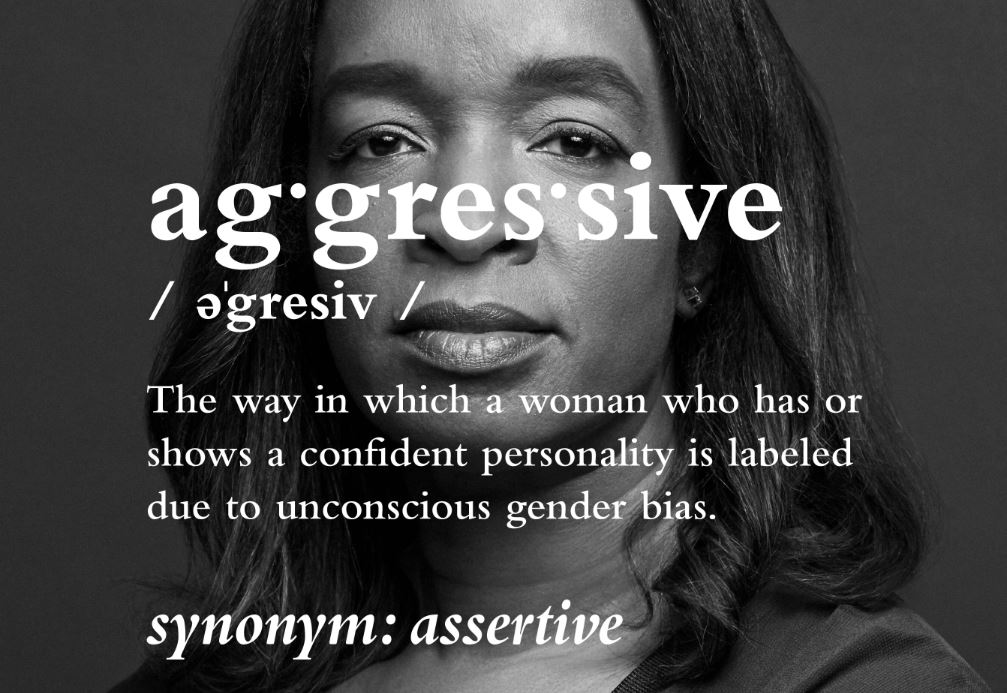 'If we want to go far, we have to go together:' RPA's Krystle Mullin