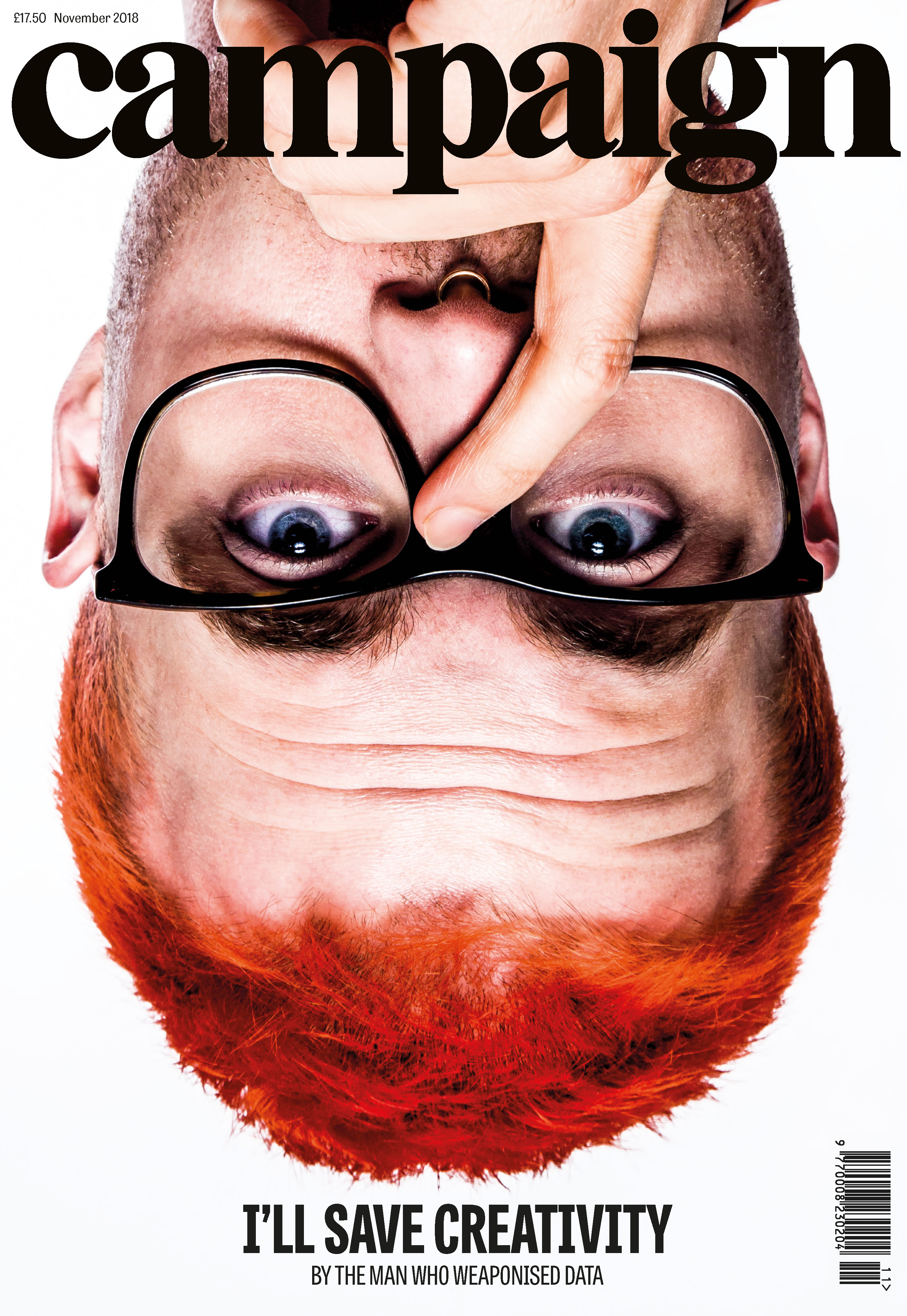 Campaign has been shortlisted for Front Cover of the Year at the 2019 PPA Awards.

The cover, for November 2018's issue, promoted an interview with Cambridge Analytica whistleblower Christopher Wylie written by associate editor Kate Magee, who has been shortlisted for Writer of the Year.

Front Cover of the Year will be decided by a public vote and Campaign is up against Vogue, GQ, Mojo, Empire, Beano, Cosmopolitan, Stylist, BBC Gardeners' World and Architects' Journal. If you would like to support your industry magazine, you can vote for Campaign here.

The title also received five other nominations, for Magazine Brand of the Year, Designer of the Year (Tim Scott), Unsung Hero of the Year (Michael Porter, managing editor and head of studio), Campaign of the Year and Commercial Partnership of the Year.

The shortlists were announced last night after the PPA Festival, which included talks from culture secretary Jeremy Wright, who backed calls for an online ad market study, and an insight to the relaunch of The Face.

Jason Gonsalves: The Face relaunch is about giving culture context