There's nothing more punk than when two top brands share bants on Twitter – and this week, it's the turn of craft beer giant BrewDog and discount supermarket Aldi. 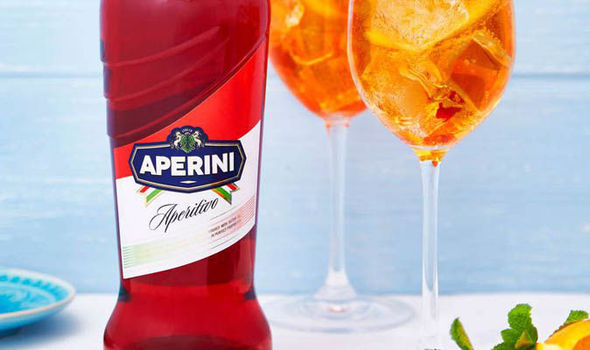 Aldi has long been known for products that ape the look and feel of famous brands, often using similar names, while (according to Aldi's lawyers, presumably) staying on the right side of the trademark violation line. Examples include hazelnut chocolate spread Nutoka, and Italian-style liqueur Aperini (pictured right), which is somewhere in between Aperol and Campari in both branding and taste.

Social media users noticed this week that BrewDog had received the Aldi treatment with the beer Anti Establishment IPA – a play on BrewDog's flagship Punk IPA (though arguably, it would have been a better joke to call it Establishment IPA).

The name of Aldi's take on Brewdog Punk IPA is legendary! pic.twitter.com/AY7EHCBT9Z

In response, BrewDog founder James Watt yesterday announced on Twitter the brand would respond to Aldi's product with a launch of its own, Yaldi IPA, with Aldi-inspired artwork and a name based on a Scots expression that can roughly be used to mean "hurray" or "awesome". 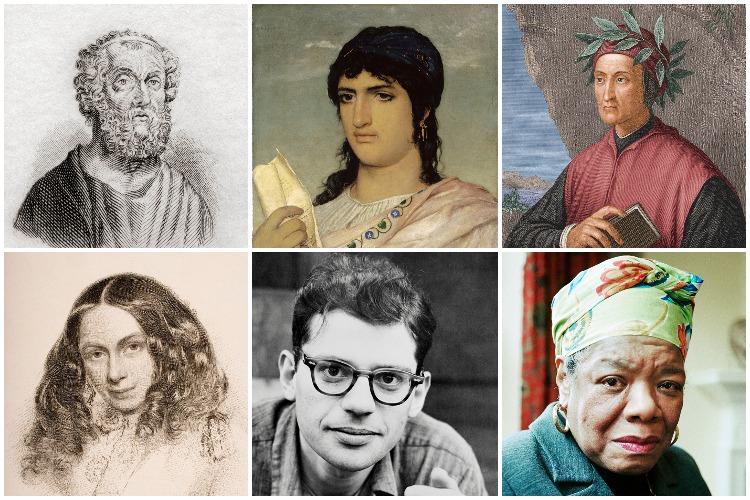 It didn't end there though - after Aldi's Twitter account suggested that "Ald IPA" would work better, Watt agreed to change the name and claimed a case would be on its way to the supermarket.

We have changed the name to ALD IPA & we will send a case your way. Looking forward to making this happen ?? https://t.co/b4OvYnNwLV pic.twitter.com/1z0owyxnOn

Campaign has asked BrewDog whether the new beer is actually going to be produced, but it has yet to comment. 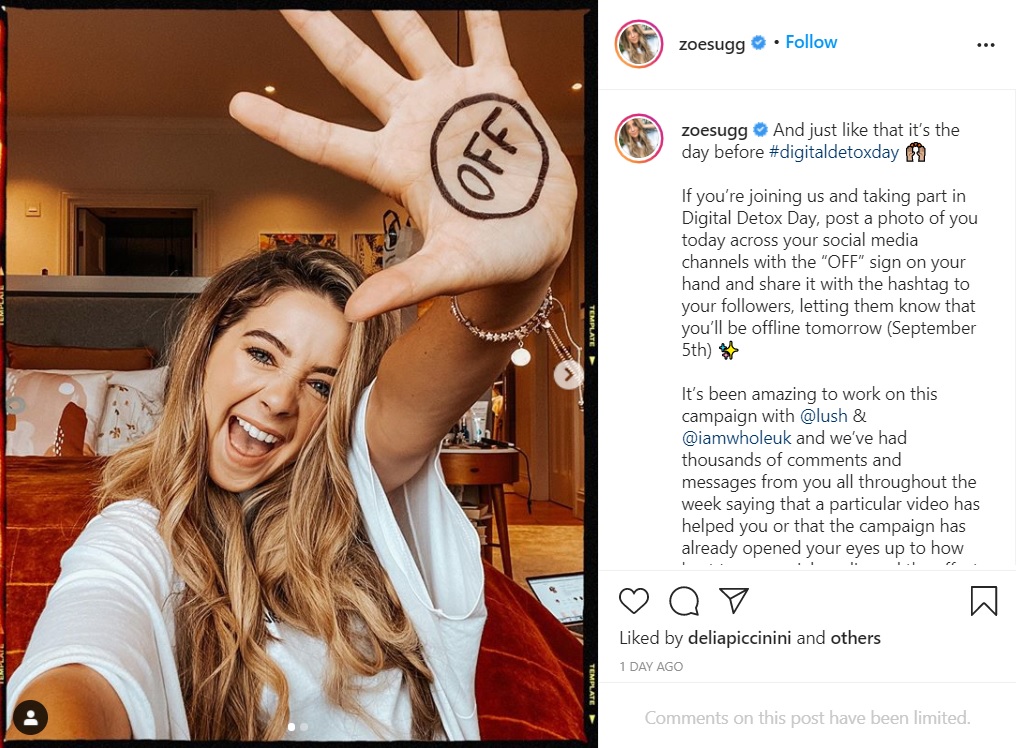 Instagram has changed its policies on partial nudity, relating to images of plus-sized bodies on the social platform, following a meeting with author and journalist Stephanie Yeboah surrounding the removal of non-pornographic photos of model Nyome Nicholas-Williams.

According to Yeboah, Instagram previously had a policy surrounding the cupping of breasts in photos – managed via a mixture of AI technology and manual reviewing – which flagged photos of women with bigger bodies being associated with pornographic images in disproportion to similar images of smaller bodies.

As a result, Instagram is reinstating all photos that were previously censored and will not be removing non-pornographic photos of bigger women in various states of undress.

“Instagram [was] very receptive and understanding, and have said they are trying to do more when it comes to accurate and fair representation on their feeds,” Yeboah said.

She continued: “They want to encourage self-expression for all bodies, and have recognised the errors that have been made to bigger bodies and black bodies.”

Instagram has been under scrutiny for its removal of black and fat bodies since the removal of images of Nicholas-Williams, who was warned her account could be shut down after posting a partially nude image from a photoshoot on her profile.

The platform’s actions prompted users to share removed images of Nicholas-Williams under the hashtag “#IWantToSeeNyome” in protest of Instagram’s policies.

Taking to Instagram, Nicholas-Williams wrote: “Black plus sized bodies aren’t going anywhere!! Thank you @stephanieyeboah for bringing it up in your meeting today.”

A Facebook company spokesperson said: “Our policies are designed to ensure content on Instagram is appropriate for people as young as 13, while allowing a diverse and global community to express themselves. This can be a hard balance to strike, and that means there are times when our policies fall short. We don’t allow breast squeezing as it is often associated with pornographic content, but we know we’ve made mistakes in how this has been enforced.

“To help address this, we’ve shared new guidance with our review teams to help them better distinguish between squeezing breasts and simply holding or covering them, and we’re looking closely at our existing policy to understand where we can improve this experience for our plus-size community. We value this community on Instagram and it is never our intention to silence their voices or bodies.”

Gay Times has launched an in-house creative agency called GTX that will specialise in LGBT+ strategy, content and experiential activity. The unit will be led by Gay Times executive creative director Josh Fletcher. It will respond to media agency briefs, pitch to brands directly and work with creative shops.

Fletcher explained: "Gay Times has always worked very closely with brands to implement successful strategy and campaigns. As our audience has grown on a global scale, so too have we.

"It was time to separate the offering so that the mechanics of how we worked with brands was more entrenched as an agency. As Gay Times has grown, the brands wanting to work with us have alongside, requiring us to have a more focused team and allowing us to expand our staff."

11am: Tesco Mobile and Crisis in connectivity push

The Tesco Mobile Reconnects initiative will see more than £2.4m worth of phones, devices and connectivity donated to help 13,000 people reconnect with society, with £700,000 donated in the first year.

The public will also be able to donate their old smartphones or donate directly to Crisis.

Jon Sparkes, chief executive of Crisis, said: "We're delighted to be partnering with Tesco Mobile at such a crucial point in time as we move out of lockdown. Access to a phone or to the internet has been vital for so many people throughout the pandemic to stay connected, yet it's something we know people experiencing homelessness often don't have.

"By working with Tesco Mobile, we will build on this work and ensure a far greater number of people experiencing homelessness across Great Britain can connect with Crisis and other vital services to help them end their homelessness for good."

9.30am: D&AD to host virtual ceremony to celebrate 2020 Pencil winners

D&AD is hosting a virtual awards ceremony on 10 September to highlight winning work from the past year in lieu of a physical ceremony.

The event will be live streamed on the D&AD website and presented by the organisation's president, Kate Stanners.

Announcements will include the final design category Pencils, the annual President's Award and the coveted black Pencils.

Stanners, who is chairwoman and global chief creative officer at Saatchi & Saatchi, said: "The impact of the coronavirus has been hard felt across the entire creative industries, in particular events-based organisations such as D&AD.

"We hope that the D&AD virtual ceremony will provide a platform to honour and commend the 2020 winners during a time when the power of creative thinking deserves more recognition than ever."

A week ago I posted to @NOWTV after Georgia questioned why I "had three of my people" which were 3 footballers, and she did not have 3 of hers (Disney Princesses). This morning this happened.... pic.twitter.com/I1JTsLo44E

After Tim Baker contacted Now TV explaining his daughter's complaint that her local billboard only featured footballers and not “her people”, meaning characters from her favourite shows, the TV streaming service and Global created a custom billboard just for her.

The out-of-home ad features three Disney princesses from films that can be found on the streaming platform alongside the message: “To Georgia, with love.”

The very happy four-year-old posed in front of the huge billboard, with Now TV and Global responding on Twitter that she "fit in so perfectly with all of the other princesses”.

How to overcome the pitfalls of working from home

How is working from home going for you?

Navigating the coronavirus: an FAQ for agency leaders and their people

ITV forecasts 10% fall in April ad revenue due to coronavirus

Could coronavirus tip the global ad market into recession?