Has new English wine brand found inspiration from agency start-up; does Channel 4's 'JA' venerate youth culture; and who bought the tat from Droga5 London's office clearance? So many questions.

Uncommon isn’t the uncommon name as perhaps the agency’s founders Nils Leonard, Natalie Graeme and Lucy Jameson might have hoped. An English wine brand of the same name has just been launched by vintners Henry Connell and Alex Thraves using Bacchus grapes (that’s a name of which Nils would surely approve) grown at a Surrey vineyard. The tasting notes for The Uncommon describe it as a "lightly sparkling dry white, with notes of pear and elderflower". The wine has also been produced in line with the highest EU quality rating and has protected designation of origin, the grade given to Stilton cheese (which is where the similarity with the agency ends).

JA as seen on TV

Channel 4’s sales supremo Jonathan Allan seems to have found the font of eternal youth. Well, more accurately – judging by the promotional material for the latest series of ITV’s Love Island – he worships at the altar of youth-focussed ITV2. One eagle-eyed reader pointed out that he looks like one of the contestants (yellow shorts). Older readers may remember that in previous years Jonathan "JA" Allan also bore a remarkable resemblance to TOWIE's James "Arg" Argent. 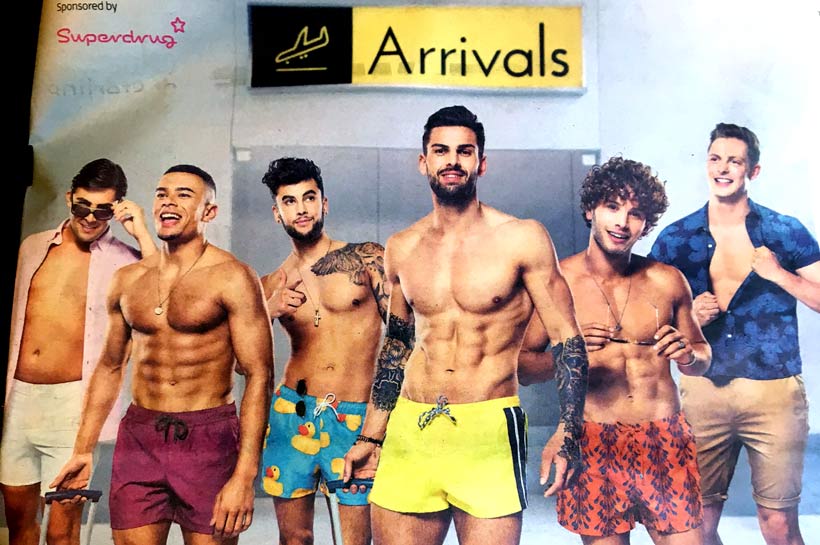 Emotional times last week as Droga5 London pulled down the shutters on its Victoria office ahead of its relocation to Shoreditch (how predictable). Anyway, at least there was assorted tat to be acquired including an out-of-date bottle of Ribena, an electronic dartboard, and a Pinky Poopy Piggy Bank. If you were unable to attend the sale visit https://d5ale.com, where more as yet unpurchased rubbish can be found.