Sir Martin Sorrell wasn't making life easy for his old employer, WPP, at Cannes Lions, hogging the limelight and suggesting the group shouldn't try to replace him as chief executive with one person. Instead, he said WPP should make joint chief operating officers Mark Read and Andrew Scott co-chief executives. WPP responded smartly, saying it isn't planning on have co-chief executives. Indeed, Sorrell himself has been against the idea in the past, mocking Maurice Levy and John Wren when they talked about sharing the chief executive duties during the infamous Publicis-Omnicom merger negotiations. "Co-CEO structures traditionally don't work and are difficult to put in," Sorrell said in 2013. So why would he suggest publicly that Read and Scott should share the job now? It's a mystery because Diary is sure that Sorrell only has WPP's best interests at heart...

There were red faces over at obscure regional trade website Campaign Brief Asia (and not caused by the blistering heat of the Riviera) with an embarrassing type in the headline of an interview with Ari Halper, the chief creative officer at FCB New York (see below). We think the word that they meant is "creating". 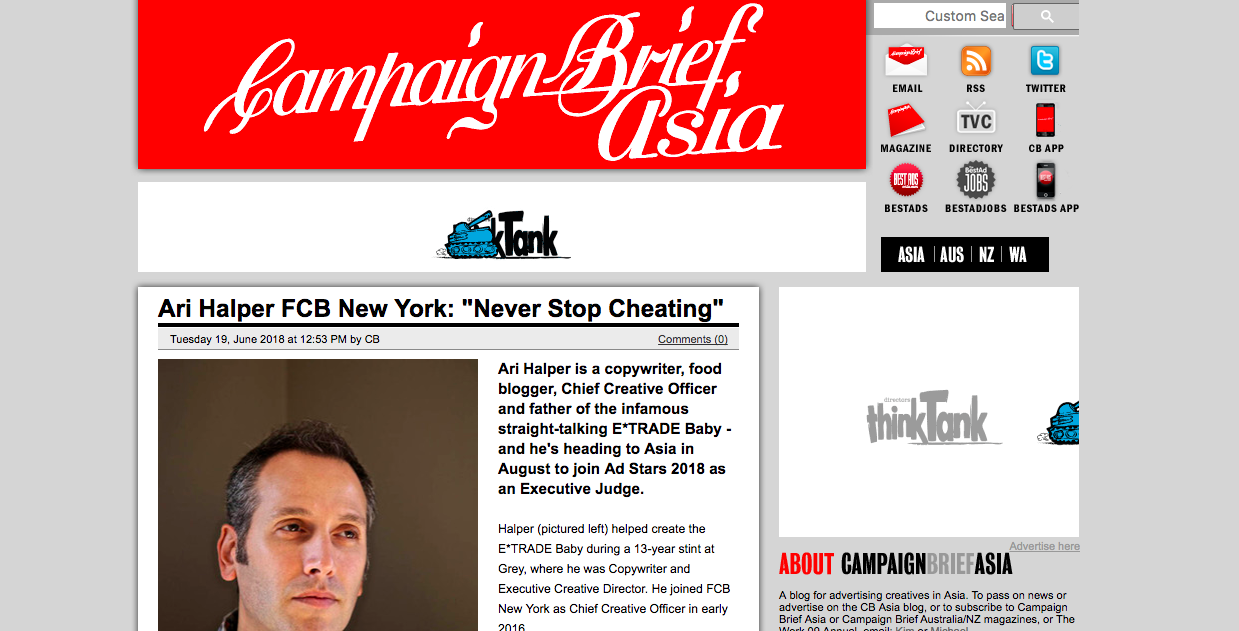 Unilever’s omnipresent chief marketing officer Keith Weed seemed to be having a whale of a time on the Croisette. Indeed he showed an impressive grasp of technology having turned himself into a Twitter moment after tweeting how "buzzing" he was after his week in Cannes.

TBWA\London, which is under new management, used Cannes as a springboard to try and get some new business under the belt. In a neat little stunt it "procured" competitor business cards from the likes of Karmarama, Abbott Mead Vickers BBDO and The & Partnership London and then screen-printed over them with "Why join the navy and get a business card when you be a pirate and steal one". All part of the TBWA pirate spirit, naturally. 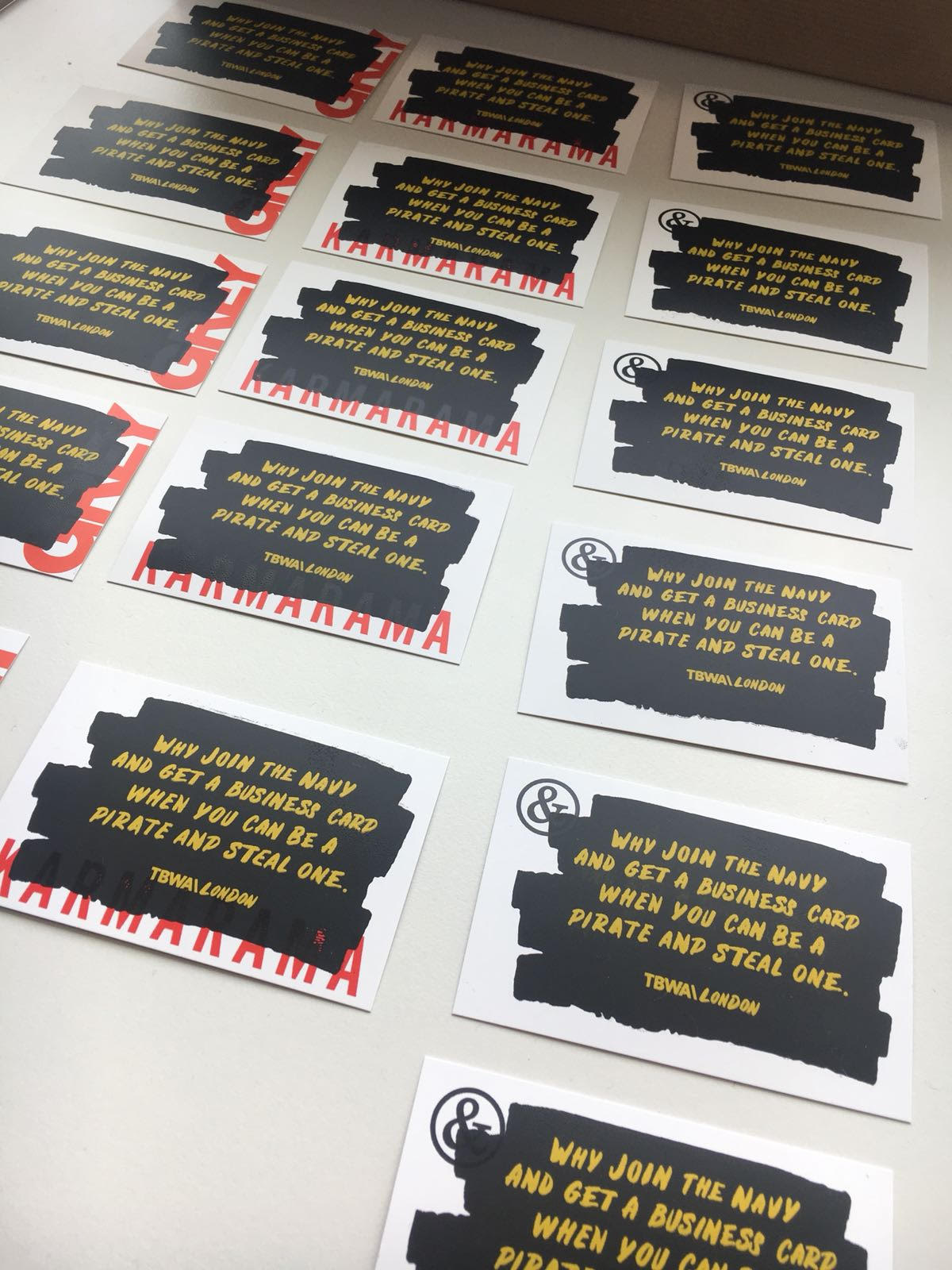