In the news: Zenith's dim view of global advertising ... The uneven effects of online ad fraud ... How brands advertised against consumption in WWII

The outbreak of online ad fraud. The Economist offers insights into the way online fraud affects advertisers. Software bots that rack up bogus ad impressions could account for 30 percent of the inventory on the Web, the Exonomist said — but not everywhere. "The fraud is not evenly distributed, however. 'It looks more like a cholera outbreak than background radiation. There are hot spots,' says Michael Tiffany, the chief executive of White Ops, a company that works on fraud issues." Especially vulnerable, Tiffany said, arevpublishers that sell ads on other publishers’ sites since their partners may lack safeguards.

Advertising patience during World War II. In the early 1940s, the U.S. war effort required many brands to stop selling their wares to civilians — leaving advertising to keep them alive in American imaginations. As National Geographic reports, brands from Bell Telephone to General Motors to General Tire spent the war years advising consumers to support the war effort and await the day when victory would afford them access to products rendered unavailable by rationing. Consider this May 1944 National Geographic advertisement that encourages readers to save rubber instead of buying tires: 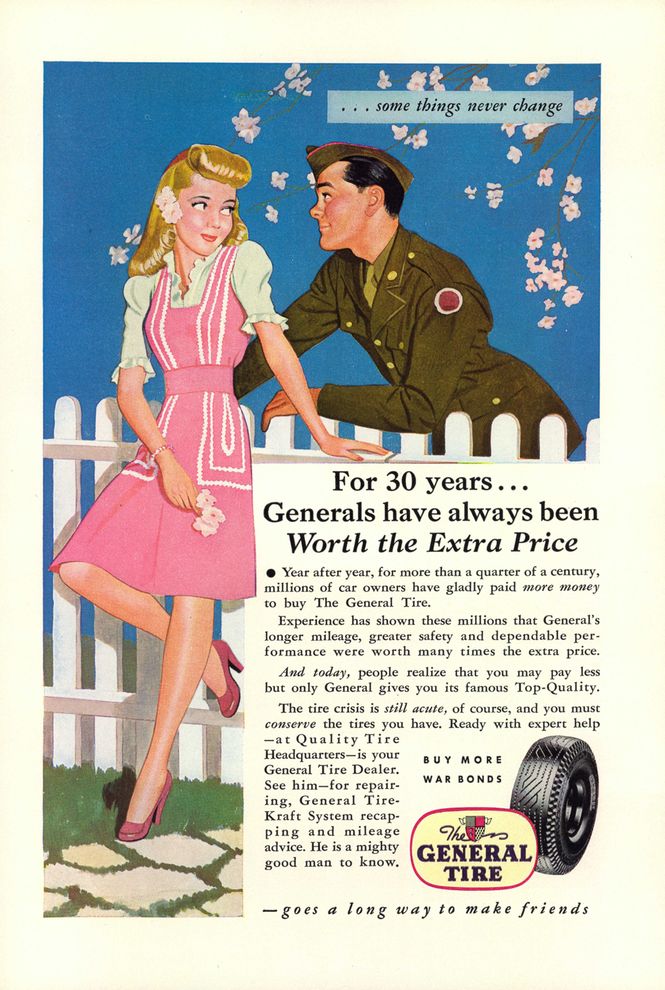