There’s a reason you probably haven’t heard of Gabriel Whaley. Or his agency, MSCHF.

The 29-year-old is a ghost. A content ninja. The Artful Dodger of WWW. And that’s the way he likes it.

Gabriel’s been operating under adland’s radar for the past several years, but is the architect behind some of the internet’s most viral (a word he bemoans, heavily) sensations.

"I think people have missed a big opportunity on the internet," he said. "While it is an insanely efficient distribution vessel for content, no one has really pushed the envelope of 'the internet' as a story-telling medium. As an art form.

"Everyone simply takes traditional formats like written word, spoken word, static image, and moving image and distributes them through the tubes of the internet at every turn. Not that the content is bad, but what a waste when you can do so much more with the internet!"

You know those teasy three dots which pop up when someone’s writing you a text message? Well Gabriel claims -- not boasts, but claims in the most painfully humble fashion -- to be the first person to have created a gif version that mimics those bubbles when sent on smartphone devices. And for no other reason than to wind up your friends.

It was this taste of cyber mischief that would eventually pave the way for success in commanding cultural relevance for some of the world’s best known brands like Netflix, MTV and Nike.

But Gabriel hasn’t always been so plugged into society. He was once the total opposite.

He lived a sheltered (but happy) childhood as a mixed-race kid in the rural south of America. Korean mom. Ex-military caucasian dad. No TV. No internet. It was all about studying to get into Harvard or Julliard -- neither of which happened.

So at age 18 he packed up and went straight to West Point, a military school in upstate New York.

There, he was met with similar settings. No TV, no internet, no freedom, no privacy.

"West Point is where I found myself," Gabriel explained. "An outsider and a rule-breaker. Causing mischief was my escape.

"The only way I managed to cope at West Point was to sort of pull myself away from the groupthink, and take the time to truly appreciate just how ridiculous everything was. I found humor in that. It was funny. And that's how I survived day by day."

He threw in the towel after two years. The thought of a decade in that place was somewhat unappealing.

Gabriel continued: "So I left, and immediately was lost. I had no world view. I didn't know what culture was. What was the internet? How do people dress? How do they act? What do I do now? So I became a sponge. A friend recommended Urban Outfitters, so I depleted my bank account on v-necks and skinny jeans."

But all the skinny threads in the world couldn’t quench his thirst for cultural knowledge. Fascinated and obsessed with the internet, he learned how to code.

One of his first projects took the form of a website where he sold bad advice on Twitter for $1 per tweet. It went viral (sorry, Gabriel), made some headlines across the globe and -- more importantly -- got him noticed by BuzzFeed, which offered him a job.

He headed for the bright lights of New York City with no idea of what advertising was.

"I was a country kid with an odd military background, wearing clothes that made no sense to me," he said. "But I was fascinated by the internet already.

"As an outsider, I saw people moving in patterns, talking in groups, creating and following trends. And like West Point, it was hilarious and fascinating to me."

Gabriel nestled into an arm of BuzzFeed that, ironically, was doing very similar things to what MSCHF is doing now. It was his dream job.

However, in typical Manhattan-giveth-and-Manhattan-taketh-away style, the department got wound down just months after he showed up.

He continued to tinker with all things world wide web and sculpted hilarity like Wingman -- a Tinder clone that only works on airplanes.

Every time Gabriel mastered gaming the internet, it gave him "that weird sense of satisfaction one gets from creating things that people talk about. It's kind of like doing drugs." 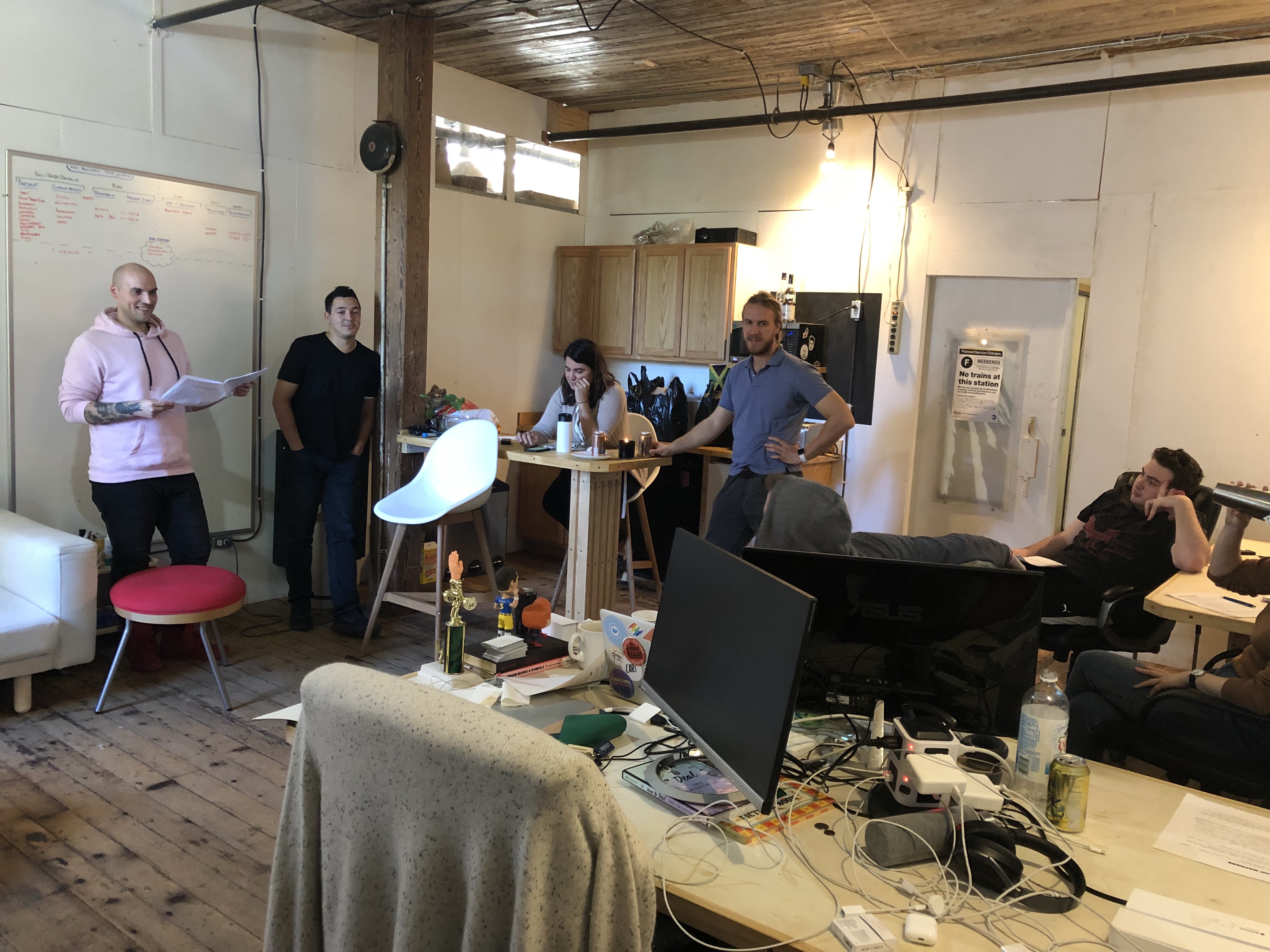 MSCHF, born from "miscellaneous mischief," officially launched when Gabriel convinced Casper to take a chance on a 25-year-old. They wanted viral (sorry) success, and the agency served it up hot and heavy with Late Night Snap Hacks. It was a simple website that helps you fake a social life on Snapchat so you can chill in your bed instead of going out.

Social shares out the wazoo. Press everywhere. A spotlight on SNL. Mission complete. If that wasn’t enough to have the brand scrambling over designer mattresses to sign a multi-year contract, then Lord help the world’s agencies.

Casper wanted more. Maybe some kind of proof that this stunt wasn’t a fluke. So MSCHF did it again, this time with Insomnobot-3000, an SMS bot that didn't work during the day, only at night after 11pm when you can't fall asleep and need someone to talk to. That actually outperformed Snap Hacks and won numerous awards.

Now the multi-year relationship could start.

What the duo’s next cyber sensation will be remains a mystery. But what it definitely won’t be is a 30-second digital spot played several times over one episode of your favorite Hulu show. Gabriel is a strong believer in the internet as a canvas, not a content channel.

"I think advertising got taken for a rough ride when the platforms emerged," he said. "All of a sudden, it wasn't about quality and storytelling as it was about constant shoving of content through tubes and targeting consumers at every turn through the Facebooks of the world. It sort of gave everyone tunnel vision, and we all forgot about the creative potential of the internet at-large.

"That said, I think we've hit a peak where the noise is so great on the platforms, and where the barriers to create and distribute content are so low, that it's nearly impossible to stand out using conventional means.

"So I anticipate that creativity is about to have another golden era, this time on the internet, because brands and creators are going to be forced to be original again, and take some creative risk. I think MSCHF is one of the first to be part of that re-correction."

Gabriel surrounds himself with outsiders. His crew of 13 full timers are the result of random acquaintances. The agency comprises programmers, designers, fabricators and other "good internet people." Only two have ever worked in adland. 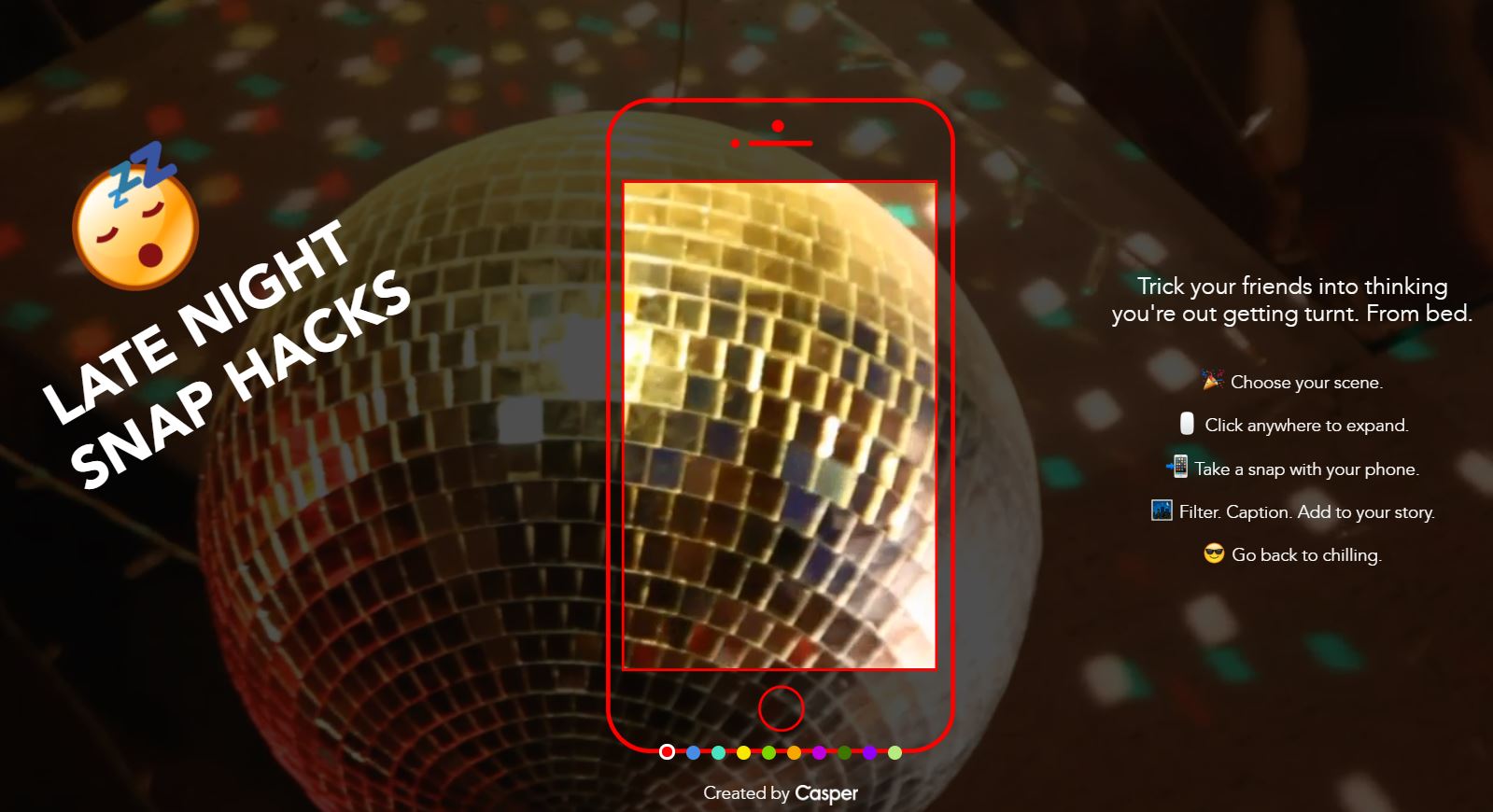 Last year, he made the mistake of trying to shoehorn some internal workflow into MSCHF with the creation of specific role.

"That failed epically," Gabriel admitted. "Since then, I've just identified hacker-types that are obsessed with the MSCHF style of work, and then slowly build structure around their strong suits collectively. So far, this has worked amazingly well. Just the right balance of chaos and organization. But I guess that makes sense right -- put people in a place to play to their strengths and all that.

"This creative chaos is exhilarating, but difficult to manage at times. We have so much pressure to strike gold with every idea, because we don't have the luxury of paid media to trick ourselves into thinking something was a success."

One of the biggest hurdles he's had to overcome is how to sell and manage creative risk to brands who say they want it, but are still worried about venturing into the unknown. Gabriel stressed "there is no precedent for our work" and "there is no guarantee."

It's taken years of trial and error to finally get to a place that feels pretty good. But the challenge going forward will be how MSCHF can diversify its revenue model and client offering while staying true to the brand.

"The day I pivot into other services, like PR, branding, etc, I commoditize MSCHF," said Gabriel. "And that's just not the business I want to run. I'm in the business of creativity, and I want to keep it that way."

Earlier this year, however, the agency did open up its outputs to serve ideas other than those that only live on digital. This includes physical products and experiences.

As we chat on a bench in SoHo, Gabriel produces a prototype innovation for one of his clients and shares details of an experiential idea his team’s putting in motion for a major brand. Both are awesome. Simple. But awesome.

Attention adland agencies: while you’re busy creating new revenue funnels by spinning off over exaggerated departments, Gabriel and his merry band of hackers are slowly pulling the rug from underneath you by sticking to one niche. Do not take your eye off this shop.

MSCHF is a home for the misfits, the makers, the doers who do because their impulses don’t allow them to behave any other way.

It’s the exact opposite of military school.

How to market to aging populations with nuance and respect