As the pandemic turned office life upside down and pushed employee wellbeing to the fore, Campaign’s Best Places to Work survey reveals which companies met the challenge.

Adland’s employment landscape has changed. Once upon a time, it was enough that bosses filled the fridge with free beer on a Friday. Now, the best people are likely to be considering how work and home life fit together, the purpose of the agency, the level of autonomy they’ll be afforded, how connected they’ll be with their teams, as well as their mental and physical wellbeing. It’s not just about money and material perks any more.

The 90 agencies and marketing departments that have made the Campaign “Best places to work” grade are united in their recognition of this and, as such, deserve congratulations for making it through a tough year and coming out the other side as desirable employers. The celebrations for receiving the accolade may have to be virtual or in small in-person groups but, going by the way these organisations have adapted to changed circumstances, they will no doubt find a way to make them fun.

Reward is a different concept post Covid, with 70% of adlanders admitting they’ve been reassessing priorities, including thinking of changing their job or career path, according to a wellbeing survey by adland support charity, Nabs. What’s more, 74% of respondents said they were spending more time “reflecting on what they want from life”.

“This is a trend that started before the pandemic and has accelerated throughout the past year,” Diana Tickell, chief executive of Nabs, says.

Of course, a company is only as good as its people, whose talent and happiness in turn defines the creative output and success of the business. Putting people first has long been a key element of most agencies’ philosophies. The difference now, however, is that they need to be more inventive about how they go about this.

One route is to create opportunities for more meaningful work. Agencies must cultivate environments where people can innovate, but also where they feel a sense of purpose and have the chance to collaborate with those clients they believe are delivering purposeful work. This is according to Suki Thompson, founder and chief executive of Let’s Reset, a platform that showcases wellbeing within organisations, and executive director of Oystercatchers. “A lot of very talented agency people feel rewarded by a sense of doing something good,” she says.

Weighing in on wellbeing

Agencies have always been great at partying, and were successful at finding ways to do that virtually during the pandemic. Stories abound of online quiz nights, virtual karaoke, wine-tastings, cook-alongs and sing-alongs. However, this will not be enough when shops try to rebuild, Thompson, a former agency leader, argues. The focus needs to be on wellbeing, so that both client and agency can reap the benefits of talent.

“Client demands have traditionally been used as an excuse for why agencies can’t change. They can be nice and lovely places to work, but if a client says on Friday night, ‘Can you get this done by Monday?’, then that’s what you do,” she says.

In an effort to discover solutions to this enduring problem, Thompson’s team at Let’s Reset has recently begun working with an unnamed supermarket and its agencies on “finding ways to put the wellbeing of the team at the heart of the project”.

And it seems that consideration of wellbeing has never been more urgent. Total calls to the Nabs Advice Line were up by 35% in 2020, and a quarter of all calls were for those needing emotional support. Those relating to mental health have also risen, accounting for 51% of all emotional support calls. This tells of an increase not just in mental health issues, but also in the willingness of adlanders to reach out for help.

People now expect greater emotional support from their bosses. “Every discussion Nabs has with industry leaders starts with talking about how their teams are,” Tickell says. “And we know from those conversations that this is a now a top priority to attract and retain great talent.”

At first, it seemed industry bosses were understanding the importance of looking after employees’ wellbeing, which has suffered so much at the hands of the pandemic. During the first lockdown, a Nabs poll showed 84% of adlanders felt their employer was responding well in supporting them. However, by November 58% of poll respondents were still reporting feelings of anxiety, showing that perhaps employers are not doing enough, or are moving too slowly.

“It’s particularly important for managers to now lead with empathy and understanding, given the levels of anxiety and low mood in our industry. As an industry, we need to understand where these anxieties are coming from to best support our people to thrive once more,” Tickell says.

Over the past year, agency leaders have become more accessible to many employees via the great leveller that is Zoom. However, the need for leaders to be active role models and allies has never been greater – and they will be held to account on this by both existing and new employees.

“Employers need to look at the whole offer they make to their people. It’s not just about the financial rewards but their cultural commitment as well,” Tickell says.

The evolution of equality

The future employer, Thompson predicts, will need to create environments where people feel their needs are being taken seriously. This encompasses attitudes to inclusion and diversity, which is directly linked to the culture of the working environment. “Employers need to ask: can we create an environment where people feel they can be the best versions of themselves? Can employees go to work every day feeling energised and empowering people through what they do?” Thompson asks.

Employees are looking for clear evidence of diversity, equity and inclusion strategies and activity. There has been a huge and necessary awakening in the industry around this following the murder of George Floyd last year and the subsequent resurgence of the BLM movement. According to Nabs, 69% of respondents to their polling said their organisation had ramped up their DE&I activity but only 9% were confident that all organisational goals would be met.

Tickell points out that issues of personal safety and sexual harassment have also become more critical. Employees, she says, will want to see organisations work to educate and protect staff against harassment. Nabs, which is a partner of the industry movement TimeTo, which is tackling sexual harassment, along with the Advertising Association and WACL, has launched training to empower people to recognise and speak up against inappropriate behaviour.

Employee safety hit the headlines in March as a direct response to the murder of 33-year-old marketing executive Sarah Everard. More than 150 agencies signed a letter asking Boris Johnson and the chancellor Rishi Sunak to amend HMRC rules around business taxi expenses to help keep employees safe. The Get Home Safe campaign, initiated by Creature London and the IPA, aims to highlight the issue of women’s safety in public spaces.

Working parents have experienced huge challenges while trying to home-school their children and carry out their day jobs. While new positive behaviours are starting to emerge, Tickell says, citing “industry leaders proudly declaring that they can’t start a meeting until after the school run”, the risk of a “she-cession” is clear. Women were twice as likely to need time off work with no pay to look after children due to schools closing under lockdown measures, according to research by the Women’s Budget Group and the Fawcett Society, exacerbating fears that the economic fallout of the pandemic is falling disproportionately on women’s shoulders.

WACL argues that the pandemic has shown that “when organisations commit to flexible working practices it benefits everyone; the chance to work flexibly can be nothing short of essential to businesses and men and women alike.”

So, when your employees are reflecting on what they want from life after the pandemic, will your workplace have what it takes to make the list?

Want to build one of the Best Places to Work (post Covid)? 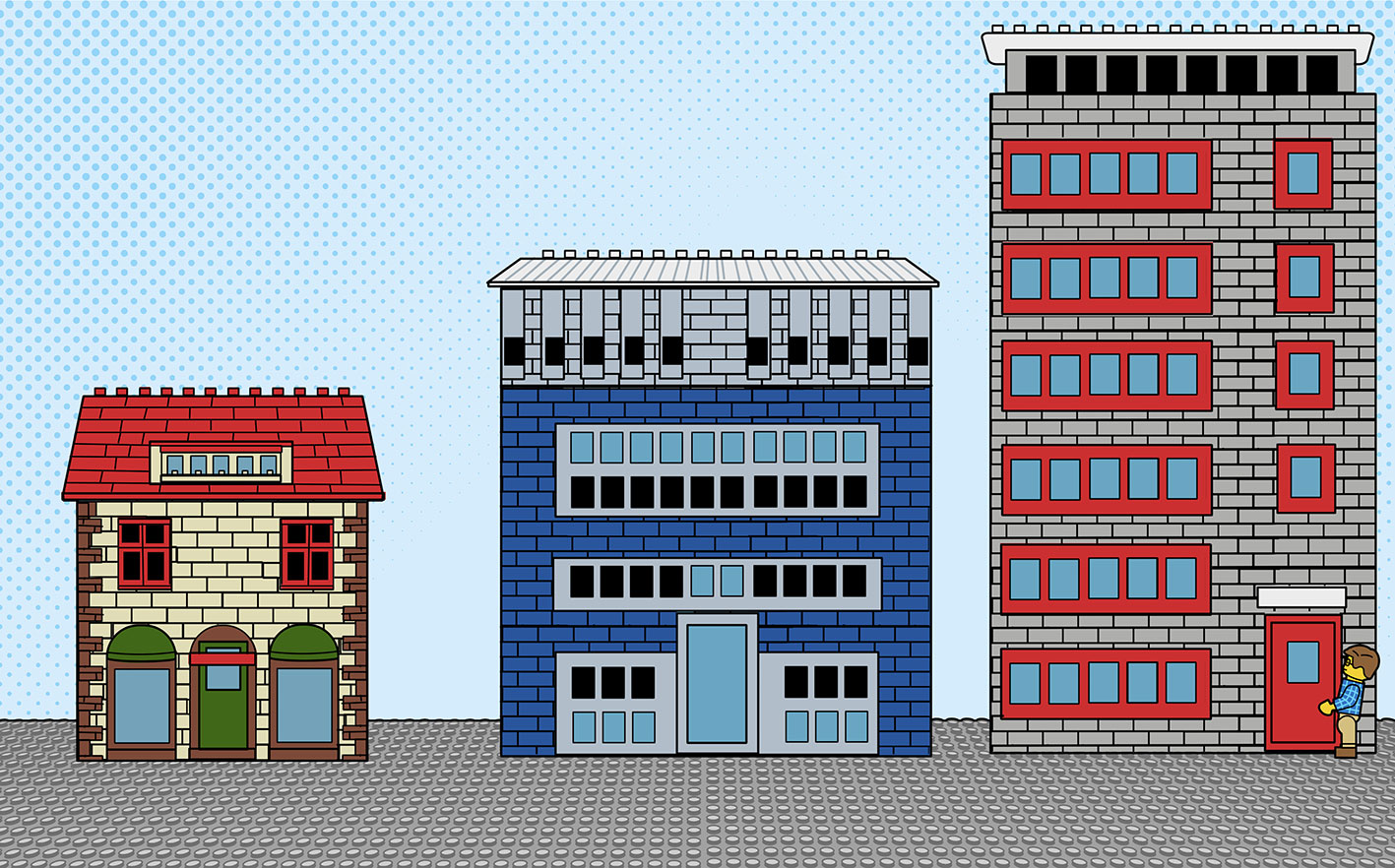 Create a sense of purpose

Talent will be more likely to stick around if they get a sense they are doing something “good”.

Increase diversity considerations with regard to ethnicity, age, gender, socio-economic and neurodiversity background. Deliver anti-racism ally training, establish a diversity and inclusion council and charter, and ensure that targets are met.

Take into account the gender inequalities thrown into the spotlight by the challenges of home-working, home-schooling and domestic labour, and increase gender equality considerations.

Encourage employees to get some time outside during lunchtimes, rather than eating meals at their desk, and allow them time to catch up on head-down tasks by blocking out company-wide periods of meeting-free times.

Provide access to mental health first-aiders and pay for counselling.

Maximise the flattened hierarchy and greater levels of democracy that remote working has sparked, by continuing to offer more access to senior leaders.

If everyone is working towards a share of the good stuff, they’ll care more about their output, right?

Many of the best employers featured in Best Places to Work set a minimum level of holiday, but no maximum. Such a system encourages people to take time off when they need it, thus bringing more energy to work when they are there.

For a healthier workforce, companies are getting on board with pets at work – a benefit even more in demand since the pandemic, with an extra 3.2 million households in the UK having acquired a pet, according to the PetFood Manufacturers’ Association.

Campaign’s Best Places to Work celebrates employers who have proved they know what it takes to create environments where people love to come to work. Identifying and recognising these outstanding workplaces is a joint effort by Campaign and Best Companies Group. The programme is open to all publicly or privately held organisations within the ad agency, adtech, media and marketing industries. To be eligible for consideration, organisations must have at least 15 employees working in the UK.

The survey process was managed by Best Companies Group (BCG), an independent workplace excellence research firm, which managed the registration process, conducted the two-part survey process, evaluated the data and, ultimately, selected the employers
that were good enough to make the list.

This year, even though many of the organisations that entered did not make the list, we were pleased that more organisations made the grade; our list grew to 90 winners.

Part one of the assessment (one-quarter of each organisation’s score) consisted of the BCG Employer Questionnaire (EQ), used to collect information about each employer’s benefits, policies, practices, and other general information.

Part two of the assessment (three-quarters of each organisation’s score) involved the confidential 78-question Employee Engagement & Satisfaction Survey (EESS), which was used to evaluate the employees’ workplace experience and culture.

The combined data allowed the experts at BCG to conduct an in-depth analysis of the strengths and challenges that exist in each organisation. BCG’s workplace assessment experts determined who was good enough to make the list and then ranked those winners in the different size categories. The categories were classed as: small – 15-49 UK employees; medium – 50-149 UK employees; and large – 150 or more UK employees.

While the survey process and evaluation was free, participating organisations have the option to purchase the BCG Insights Report Package, which summarises the employee data collected through the survey process. In addition to the employee opinion data, the report also includes transcribed employee written comments, as well as benchmarking data from the winning and non-winning organisations. This report aims to help each company understand their workforce better, and equip them with the information to make improvements.

The long hours culture is a human problem