Public are voting for which of three new varieties will enter line-up permanently.

Cadbury has launched a dynamic digital out-of-home campaign to drive engagement in the final stage of Cadbury’s Inventor competition, the brand’s search for a new variety of chocolate bar created by a member of the public. 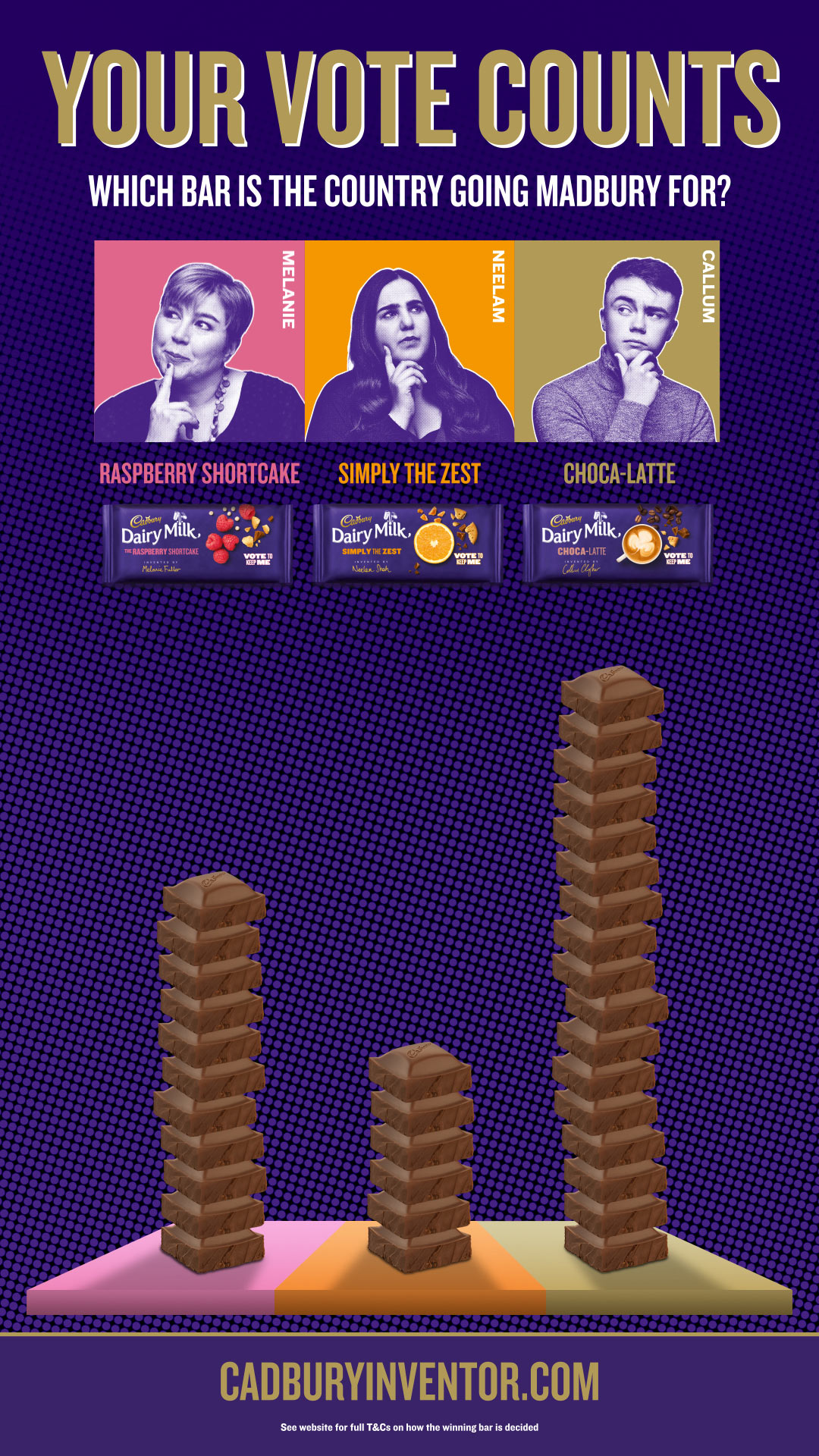 The process kicked off a year ago when Cadbury launched a microsite and digital campaign calling on choccie fans to create their own combination of ingredients.

Cadbury then chose three finalists, whose creations – Choca-latte, Simply the Zest and Raspberry Shortcake – went on sale in May. Consumers can vote for their favourite at cadburyinventor.com, which also features information on the inventors, Melanie, Neelam and Callum.

The latest campaign, created by VCCP and devised by Posterscope with Carat, appears on more than 50 large digital format screens and more than 500 digital six-sheets, supported by static out-of-home executions. The creative will feature live polling data from across the UK and broken down by region. There will be an upweighted presence of specific creatives in the candidates’ local areas: Manchester, Leeds and Roscommon in Ireland respectively.

It was created by copywriter Stephen Yeates and art director Adam Taylor-Smith at VCCP.

Lyndsey Homer, brand manager at Cadbury Dairy Milk, said: "We wanted a campaign that we could be confident would get the public behind our three inventors and encourage them to take part in selecting which flavour we introduce to the Cadbury Milk Bar range. Using the live polling data will create a sense of excitement and urgency among the public to get out and vote for their favourite."

VCCP gives Cadbury its soul back

Cadbury turns up the tension for Freddo Treasures TV debut

The future of brand interactions looks like Creme Egg mayonnaise

Cadbury turns up the tension for Freddo Treasures TV debut