Heineken created a buzz around its sponsorship of the Uefa Champions League by giving a Roma supporter a dilemma.

The fan usually watches football with his mates but, after accepting a free ticket, was caught out by them on the stadium screen. When he loyally agreed to meet them back at home, it was revealed that his friends were at the ground too. The only losers on the night were Roma, who were beaten 2-0 by Real Madrid.

Amazing add of @Heineken Don’t let your friends down in a @ChampionsLeague night! #FriendsReunion
@sfloresolmos7

As a marketer and football fan, it’s hard to make a better ad than this
@karlfiltness

One brand taking branded content seriously is Heineken. The big game is for sharing with mates over a beer or two
@directnewideas

Genius prank from Heineken. The Dilemma. #contentmarketing at its best.
@kevinmoreland 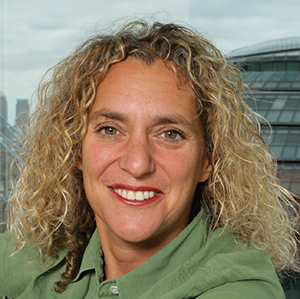 Tamara Ingram, global chief executive, J Walter Thompson
After a week of damaging headlines, WPP appointed Tamara Ingram as J Walter Thompson’s global chief executive last Thursday as Gustavo Martinez resigned from the role. Bringing in the seasoned WPP executive, who is known as ‘Hurricane Tam’ and described as a ‘force of nature’, to steady the ship has been greeted as a shrewd move. Ingram’s qualifications are comprehensive but, given that Martinez has been accused of sexism and anti-Semitism, the fact that she is female and Jewish has got to be a boon.

The buzz: is Pearson's literacy campaign genius or just confusing?