Performance is available via QR code.

Created by Bartle Bogle Hegarty London, "Tiny Tinie performs Whoppa on a Whopper" sees a miniature virtual version of the singer perform his latest single Whoppa on top of the Burger King burger.

The performance will be accessible from today (28 July) by scanning a QR code on the packaging of their Whopper.

Launched alongside out-of-home activity and running throughout August, the work was created by Ben Edwards and Guy Hobbs. 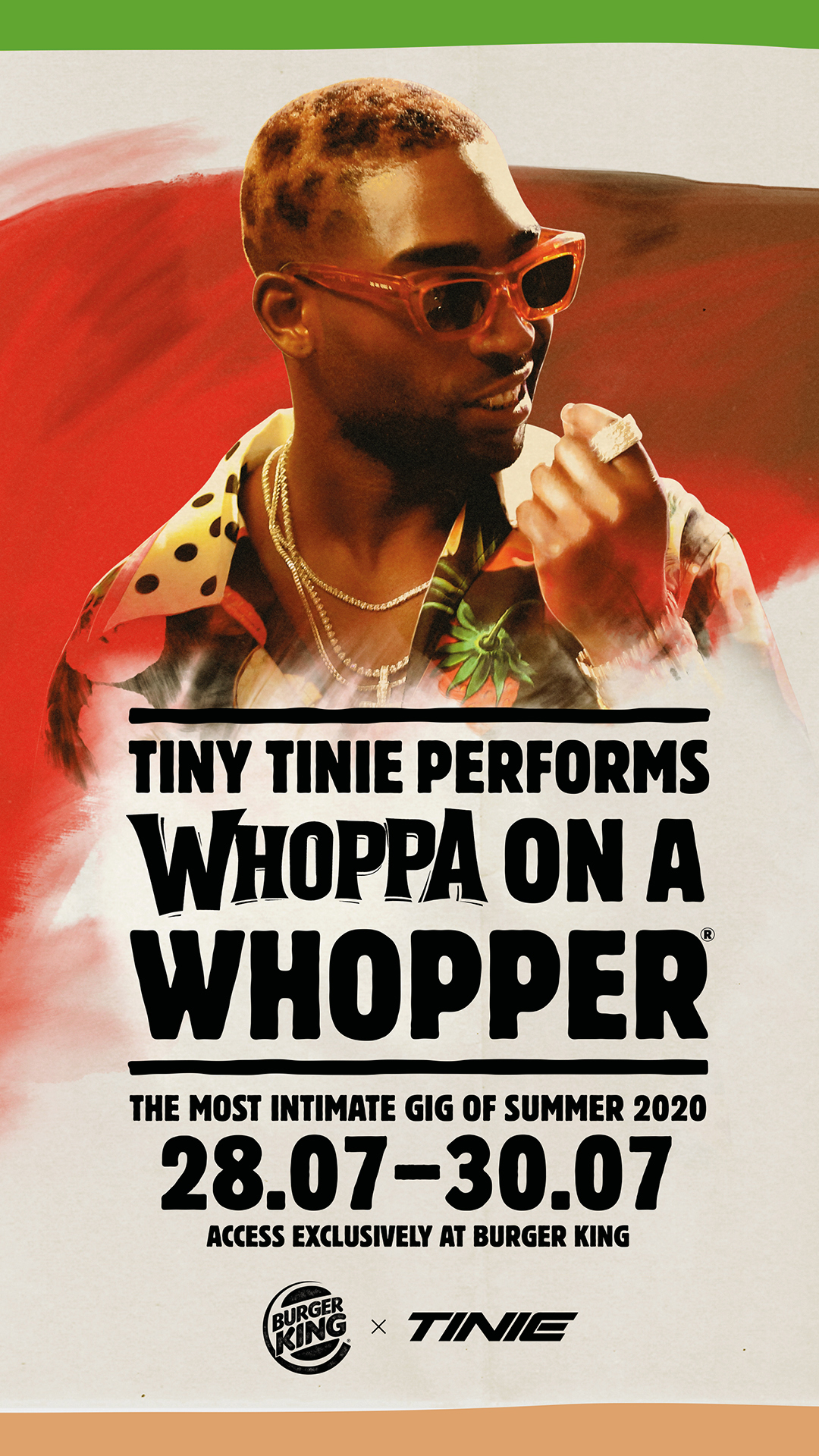 "As soon as we heard about Tinie’s Whoppa song, we couldn’t help but dream up innovative ways to get involved," Katie Evans, marketing director at Burger King UK, said.

"Of all of the ideas, this was the one that really brought a smile and we’re so glad we’re able to offer our Whopper as a stage at a time when we could all do with a bit of fun and frivolity."

Stephen de Wolf, chief creative officer at BBH London, added: "In a world with no live music, we wanted to give everyone the opportunity to experience an exclusive gig from one of the country's biggest rap artists.

"And what better stage to do it on than a Whopper. I can't wait for the nation to watch a tiny Tinie performing his new track Whoppa on a Whopper."

Whoppa was released three weeks ago, earning just under four million views on YouTube. The musician announced he was dropping the "Tempah" part of his name in March.

This marks Tinie’s third advertising appearance in the past 12 months, with the singer appearing in spots for Lynx and TikTok.

Tinie said: "When we made this song, the vibe was all about summertime and bringing that Latin heat and energy to the UK music scene – not so much about burgers!

"But when Burger King reached out on Twitter, we immediately knew we just had to collaborate. Of all the ways I’d be launching a single in 2020, I couldn’t have predicted that it would be through a performance on top of a flame-grilled Whopper."