It was only just over a decade ago that Angela Ahrendts began one of the most successful brand transformations of our time, taking Burberry from a ubiquitous, over-exposed label to become one of the most innovative and exciting global luxury brands of our time.

Burberry redefined Britishness; recreating modern British style through the visionary designs of Christopher Bailey; its use of gorgeous young, quirky British things; and using tech and social media to democratise British luxury and open it up to a new generation.

A decade on things are not so rosy, and it’s perhaps telling that Britain and Burberry are both facing more challenging times.

Burberry’s latest full-year financial results show both sales and profits down after what it calls a "year of transition". Design guru Christopher Bailey remains at the helm as chief executive until July 2017 when he will focus solely on his role as chief creative officer and president, with the arrival of LVMH executive Marco Gobbetti as chief executive. The appointment, Bailey says, will take Burberry "to the next level as a global luxury retail and digital business", and Gobbetti’s track record in building the fortunes of the Céline brand is certainly impressive.

The challenges that exist in the global luxury market mean that Burberry is not alone in facing uncertain times. However, Burberry stands apart from its competitors without the machine of an LVMH or a Kering behind it. And having found its winning formula, it seemed invincible.

But now Burberry’s entering a new cycle of its life – not just because it has a new chief executive but because its audience has changed and the world they live in is changing. It has rightly stated a host of measures it will undertake to streamline and focus the business but this should always be rooted in the desires and dreams of its audience.

Burberry’s success came from understanding what its audience wanted and by exciting and surprising them. It made the trench sexy for goodness sake! It took a practical item, more Inspector Clouseau than Brigitte Bardot, popped Hermione in it and unleashed a sexy, beautiful, clever and principled Emma Watson into the world. And now women everywhere own multiple trenches (or copies, for those that can't stump up a few thousand on a coat!).

So this needs to be its starting place once more. Really understanding its audience, becoming the luxury brand for the next generation and for the generation that’s grown up with them will be at the heart of their future success. Coupled with, of course, Burberry’s vision and skill at innovating and creating a unique customer experience. Revamping its brand and communications, and building excitement through social media are also critical if it’s to reach this next level.

The shadow hanging over all of this however is the cost-cutting programme that is scheduled to deliver £100 million annualised savings by 2019, in part to be achieved through the relocation of staff from London to Leeds.

Yet if anyone can do it, Burberry can.

It undoubtedly has strong points to play to, not least that Bailey’s collections just keep getting better, but helping a new audience understand what they’re buying into is an issue. Tastes have changed and the world’s young and wealthy have changed. Is Burberry genuinely talking to the older market – the forgotten Gen X-ers who are probably the ones with the money and the inclination to buy into the brand.

The brand’s broader strategy seems sound. It has placed an emphasis on products such as bags and other leather goods that are selling well and its plan to divest control of its beauty products through a proposed £180 million partnership with Coty (also entering into an ambitious new phase of its existence) should allow it to focus on its fashion business. 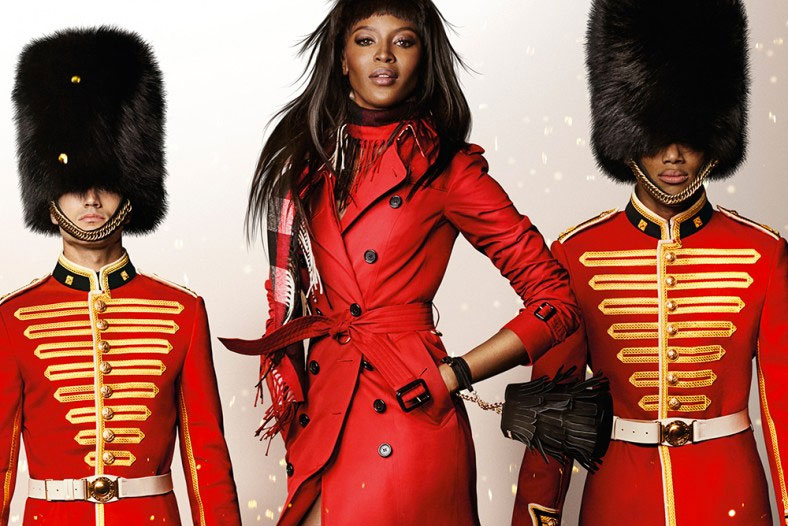 One of Burberry’s main issues will be maintaining its reputation for quality and unadulterated luxury when it’s entering a new era of trimming costs. The last thing a customer wants to think about, as she’s choosing between a £2,000 Burberry or Mulberry handbag, is that the brand is cutting back. Quality and craftsmanship are intrinsic to the brand so Burberry has to be careful that the investor story does not impact on its perceived quality and damage its reputation with its audience. No one wants to be seen wearing a failing luxury brand.

Burberry has also said that it’s invested significantly in customer experience and product marketing. Partly through a new emphasis on building a "client" model for Burberry staff to treat every customer in a consistent way, while building in a customer feedback loop to improve the experience based on customers’ views. This is just as important outside the store as in, when Burberry reports that digital channels now "influence" 70% of purchases and that sales through mobile grew 50% in the previous 12 months.

Burberry’s solution will most likely lie in combining its knowledge of audience with the design excellence that still surrounds the brand. Even in a challenging year, its February show at Burberry Makers House (a Burberry x Henry Moore partnership and exhibition) was one of its best ever – a visceral, experimental and essentially British show, with perfectly choreographed PR, social and retail partnerships.

Delivering this kind of innovation isn’t cheap, however, and making it happen in Burberry’s own age of austerity may push even Bailey’s renowned creativity to new levels, but it’s going to be exciting to see what he and the Burberry team will come up with next.

Burberry was right to burn its unsold stock

How to reinvent a brand in an authentic way

The luxury fashion brands that are winning with UK millennials