When Wales stunned a continent of football fans to reach the semis of Euro 2016, one beer brand with its finger on the pulse saw the opportunity to be at the centre of the nation's conversation. Here is how Budweiser pulled it off.

Leaving aside a diehard of seriously embittered England loyalists, most of us probably found it hard to not to be at least slightly thrilled by the achievement of the Wales football team in reaching the semi-final of Euro 2016 – 58 years after the nation last qualified for a major tournament.

Like all moments of unpredictable sporting triumph, this was a golden opportunity for a brand to chime with the mood of a nation (albeit a small one), and this time it was Budweiser with its finger on the pulse.

On the evening of Friday 1 July, as Wales were in the process of knocking out Belgium in the quarter-final, the AB InBev brand came up with the idea of toasting the team’s success by offering a free beer to every single adult in the country: about 2.4 million people.

After deciding that the opportunity was too good to pass up, the Bud team quickly announced it later that evening on social media. 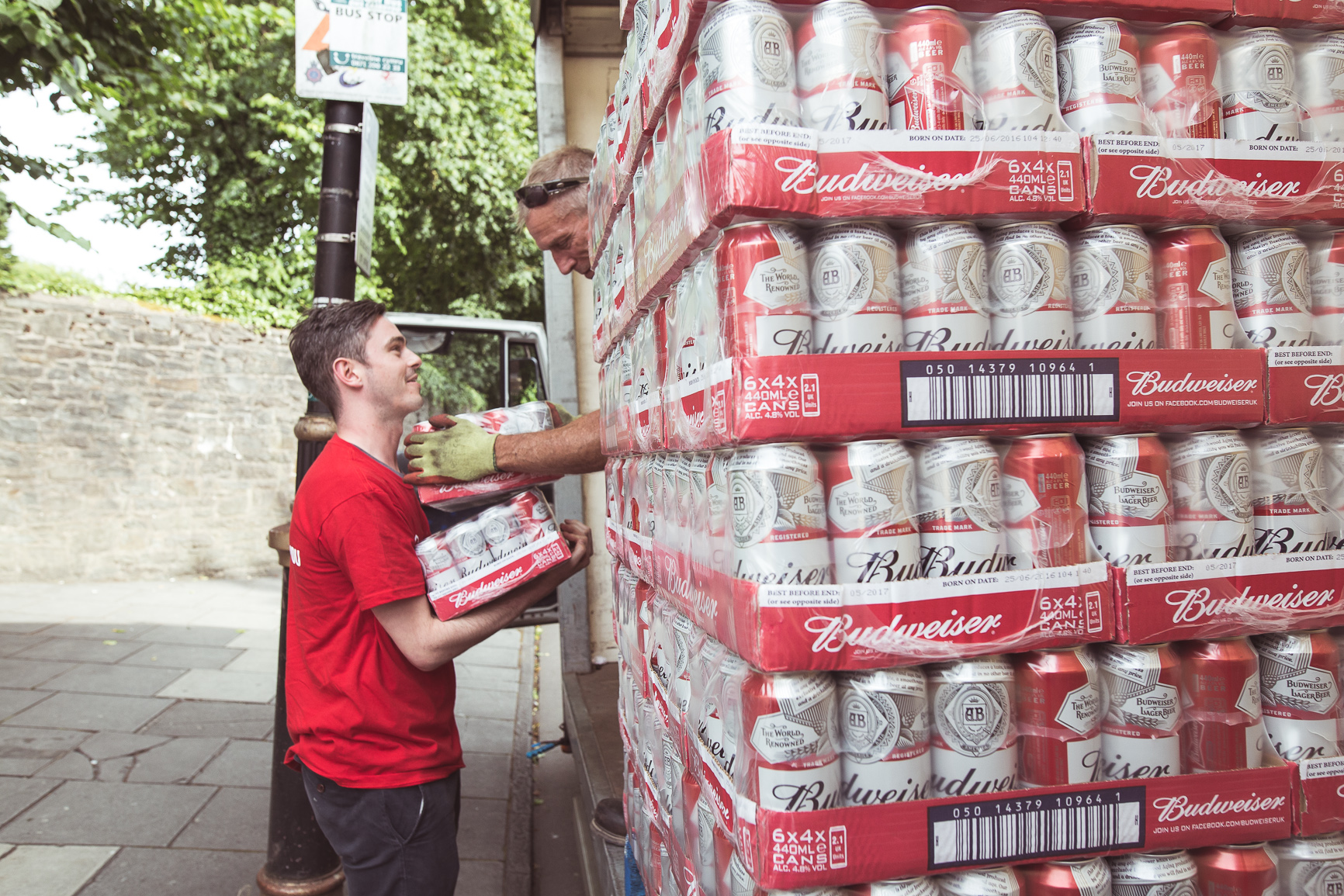 "We started getting a reaction back from consumers, so we blew the offer up over the weekend," says Robinson. "On the Monday we came in and started talking to our commercial team in terms of getting our customer base on board."

From the Monday, Budweiser started making specific announcements about the offer. Coupons would be printed in major newspapers on matchday – Wednesday 6 July – and could also be printed off online. The coupons could either be redeemed in certain bars for a pint of the lager, or used in retail partners including Tesco and the Co-op for either a 660ml bottle or a four-pack of Budweiser.

Promoting the offer involved a lot of activity on the ground too. "We bought out-of-home advertising in the main city centres, and had teams of about 40 people in those areas around the participating pubs," says Robinson.

They also took advantage of staff and tankers based at the AB InBev brewery at Magor, near Newport, where Bud is brewed.

"Then we said, why wouldn’t we extend the offer to England?" So he made the decision to extend the Metro cover the brand had bought to include the English editions – and also offer the giveaway to any English people that decided to be honorary Wales fans.

Don't be afraid to think big

It’s too soon for Robinson to be able to give a definitive figure on take-up of the offer – he will only say that they expect it to be in the hundreds of thousands.

It’s a significant investment, but appears to have paid off handsomely: in the week of the giveaway, the brand grew volume sales in Wales by 47% on the same week of 2015, far beyond the uplift expected during a football tournament.

Longer term, "we’re trying to understand the effects but we’ve seen a continuation of our success in Wales," says Robinson. "The trend since then is extremely encouraging." He also says that the response to the campaign was 99% positive, based on social media analysis.

Free beer is rarely a difficult sell, but the tight timing of this initiative meant Robinson and his team needed to be on the ball in a way that Gareth Bale and his Welsh teammates unfortunately were not when they were defeated by Portugal in the semi-final. 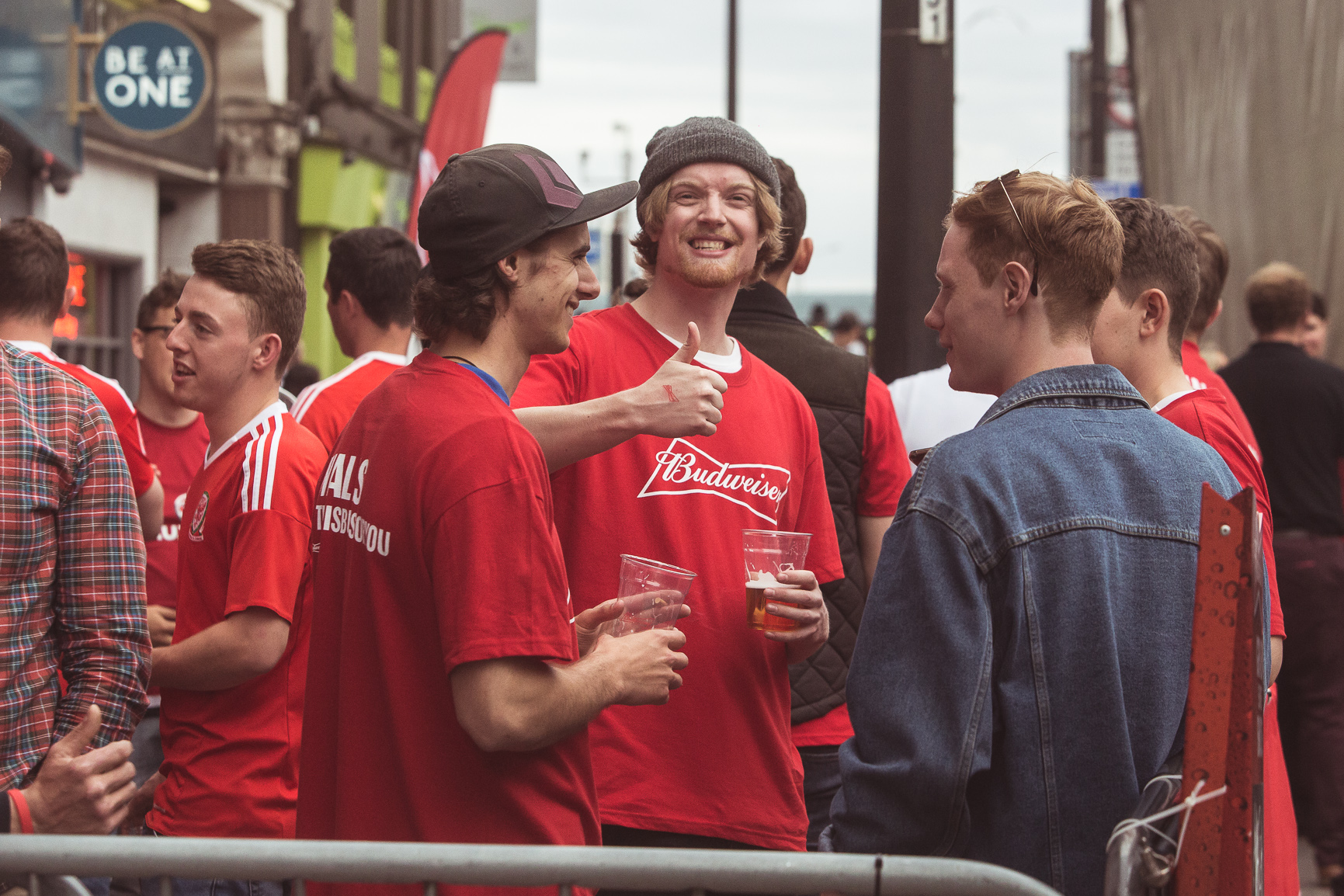 "Increasingly, speed and agility are key in terms of allowing you to be part of these moments in popular culture," he says. "The days of planning everything six or nine months out are a things of the past."

What has he learned from the experience? "Don’t be afraid to think big and be reactive when the unpredictable happens." He adds that to make the project work, the Budweiser global brand needed to be flexible and able to respond to unique moment taking place in Wales that week.

"For them to say it’s ok to put the words "Cymru" and "Wales" on our advertising shows that for a big global brand like Bud, when they can reflect local sensibilities, great things can happen."

AB InBev teams up with Keurig for in-home alcohol maker