Visitors to the Rashford mural can scan a QR to access the messages.

BT’s Hope United has partnered with Withington Walls to erect a virtual "Wall of hope" that will house the supportive messages left on the Marcus Rashford mural in Withington.

The mural was defaced in the immediate aftermath of the England footballer’s penalty miss in the Euro 2020 final but that soon prompted a huge number of positive messages, which are now being removed by Manchester City Council to protect them from the weather and safeguard them for future generations.

The artwork will be updated with a QR code for visitors to scan for access to the virtual wall that is also available to view at www.bt.com/wallofhope.

Rashford, who lived in Withington as a boy, said: "At one of my lowest points, the outpouring of support around this mural really lifted me and I'm truly grateful for that. It reinforced my belief in the strength of community and the endless pictures being shared of visits left me feeling really overwhelmed.

"I wanted to capture that feeling and bank it for more people to experience and am grateful to BT for enabling me to do that. These messages are not just mine. They belong to everyone. And I hope they can bring joy to many for months to come."

Pitch Marketing Group handled physical ideation, activation and PR, the digital wall was built by Digitas and Saatchi & Saatchi, which developed the "Hope United" concept in partnership with BT.

A physical "Hope Beats Hate" mural has also been created, near to the Rashford artwork on the walls of Kingsway Football Club. It was created and designed by local artists Oskar and Katie Jones and commissioned by Withington Walls, who were behind the original Rashford piece. The new mural reinforces Hope United’s stance of standing together against hate. 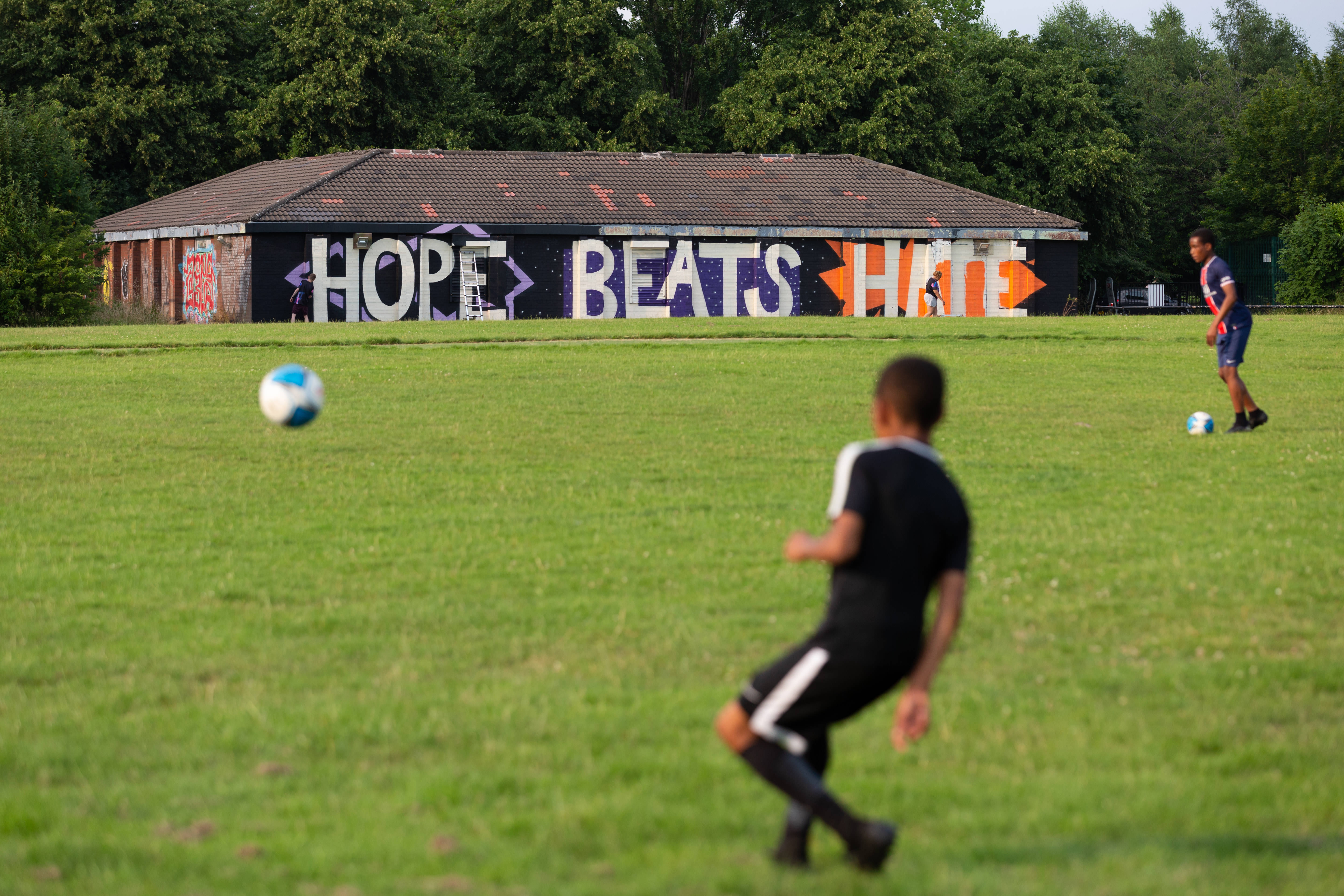 As part of the initiative, Kingsway FC will join BT's Connected Club scheme with the football club receiving connectivity for free as well as access to digital, coaching and social media workshops.

The "Hope United" campaign will also support the club in renovating their clubhouse covering roof repairs, security, a new kitchen, decorating corridors and changing room facilities, improvements that the whole community can benefit from.

Marc Allera, chief executive consumer division, BT, said: "The Marcus Rashford mural has become an amazing, colourful wall of tributes and a symbol of hope to so many people. We felt it was important to keep the positive messages alive and create a digital platform for everyone across the country to be able to share the messages of hope. Hope United's objective is to tackle online hate and by supporting this initiative we are aiming to amplify these amazing messages of hope and stand against hate."

Building on its partnerships with all four Home Nations BT launched its "Hope United" campaign ahead of Euro 2020 with the aim of raising awareness of, and stamping out, online hate.

Drowning out the social media hate with love

BT recruits squad to tackle online hate ahead of Euro 2020