From championing every kind of love to sending wine to your ex, Campaign takes a look at how brands are celebrating Valentine's Day.

Do you spend more time in the office than at home with your partner? It’s time you tell your creative partner there’s no-one else you’d rather get fired with. Adela and Molly’s collection of Valentine’s Day cards (pictured, above) are hilariously honest and reasonably priced. 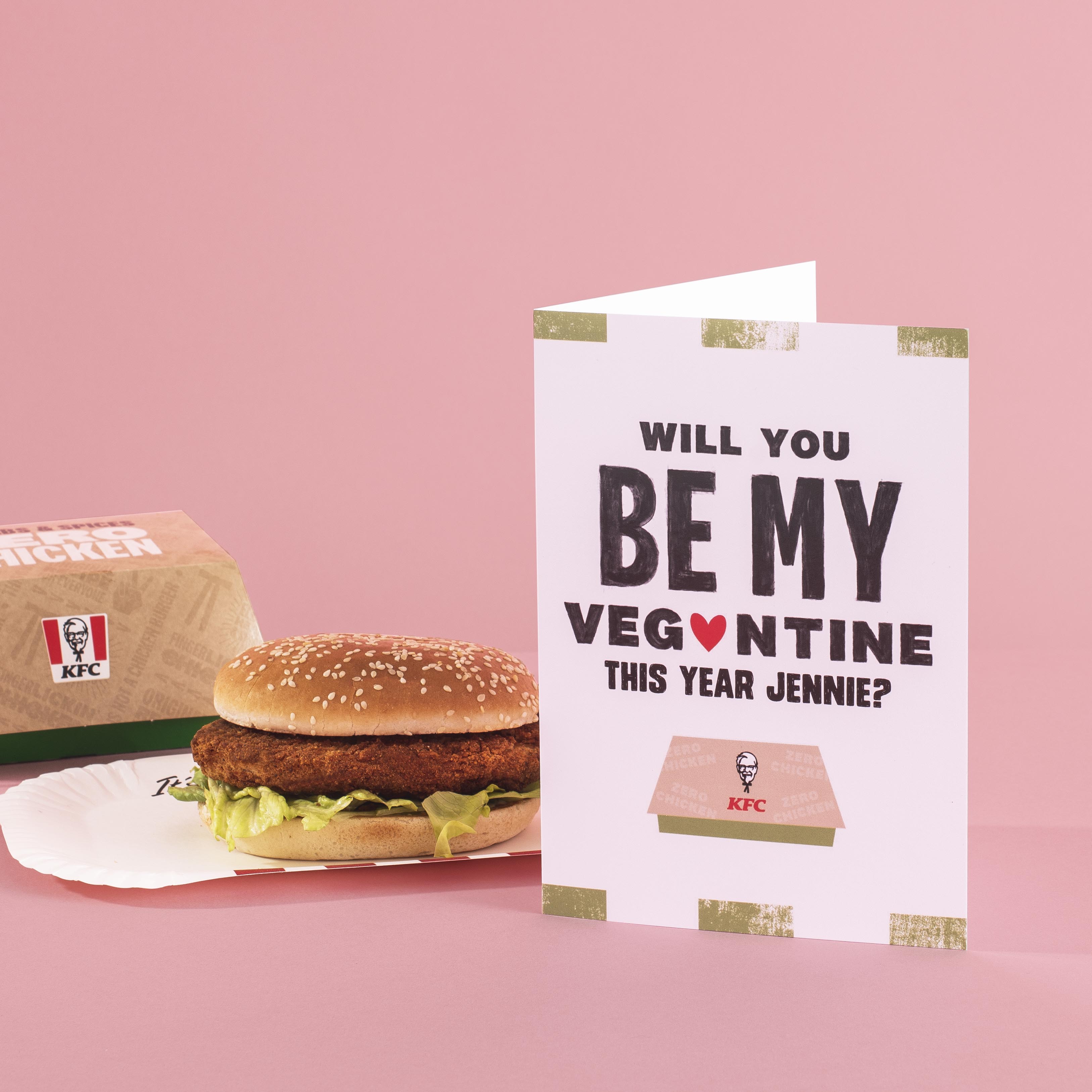 The nation’s romantics can finally profess their love for each other – and for fried chicken – with a KFC Valentine’s Day card. The "finger lickin’ good" collection, designed by Moonpig, includes a scratch-and-sniff one that smells of the original recipe. Ans, inclusive of plant-based romantics, one card reads: "Will you be my vegan-tine?"

Extending the love beyond your Valentine, 10% of the proceeds from sales will be donated to the KFC Foundation.

Valentine’s Day for all 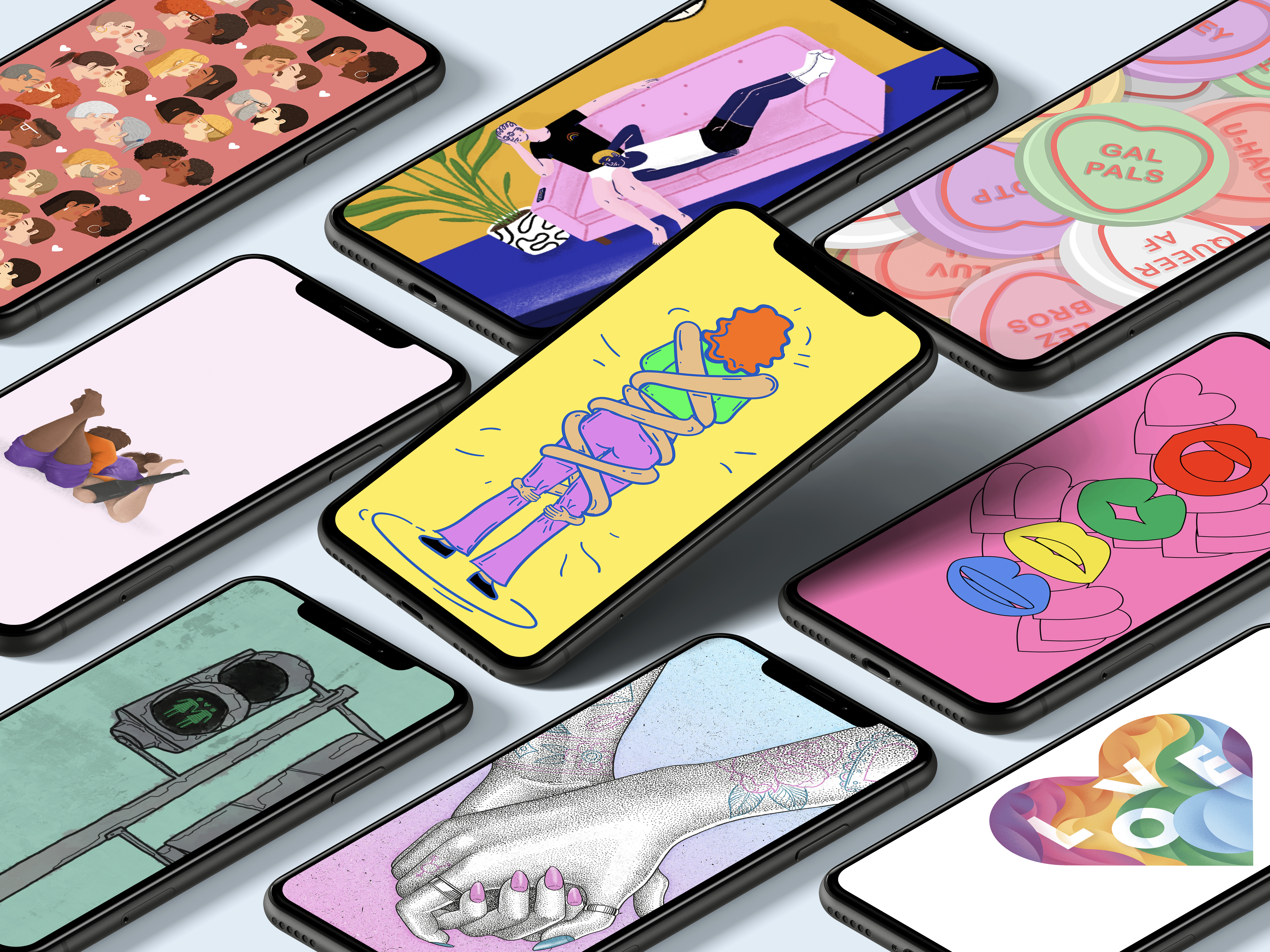 To challenge the focus on heterosexual relationships on a holiday that champions love, industry creatives have teamed up on a range of LGBT+ Valentine’s Day cards. Gate London creatives Beth Grace and Hannah Cunningham enlisted the help of an array of illustrators, designers and artists to create 16 designs. The full collection can be downloaded in exchange for a donation made to LGBT+ charity GLAAD. 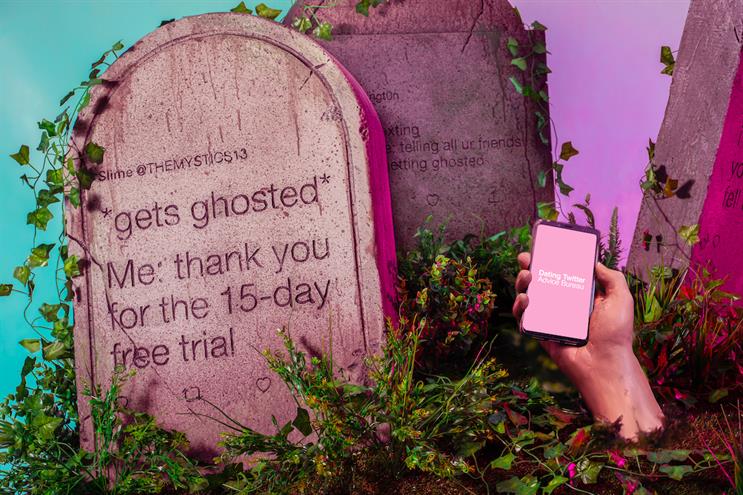 Twitter is celebrating cringeworthy dating confessions with an integrated campaign that brings to life real tweets. London Tube commuters will be able to read relatable Twitter-conversations-turned-out-of-home ads on love. Separately, Twitter has created "uninformative" installations inspired by the funniest tweets at a pop-up in Covent Garden. The immersive experience, created by Flying Object, includes a "Ghosting graveyard" and runs during 13-16 February.

The perfect gift for your ex

Purchase six bottles of Liar wine and the company will send one bottle to your ex for free. The Valentine’s Day promotion encourages consumers to extend an olive – or, rather, grape – branch to a former lover. 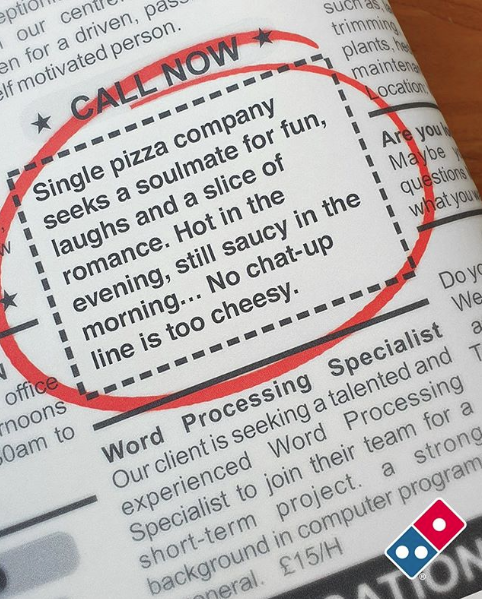 Want a long-term relationship with Domino’s? The pizza chain is looking for someone to spoil this Valentine’s Day. Britain’s pizza lovers have been invited to tag the brand on an Instagram Story for the chance to win a year of free pizza. (However, Domino's one true love will only be spoilt with up to £30 of its food per month.) 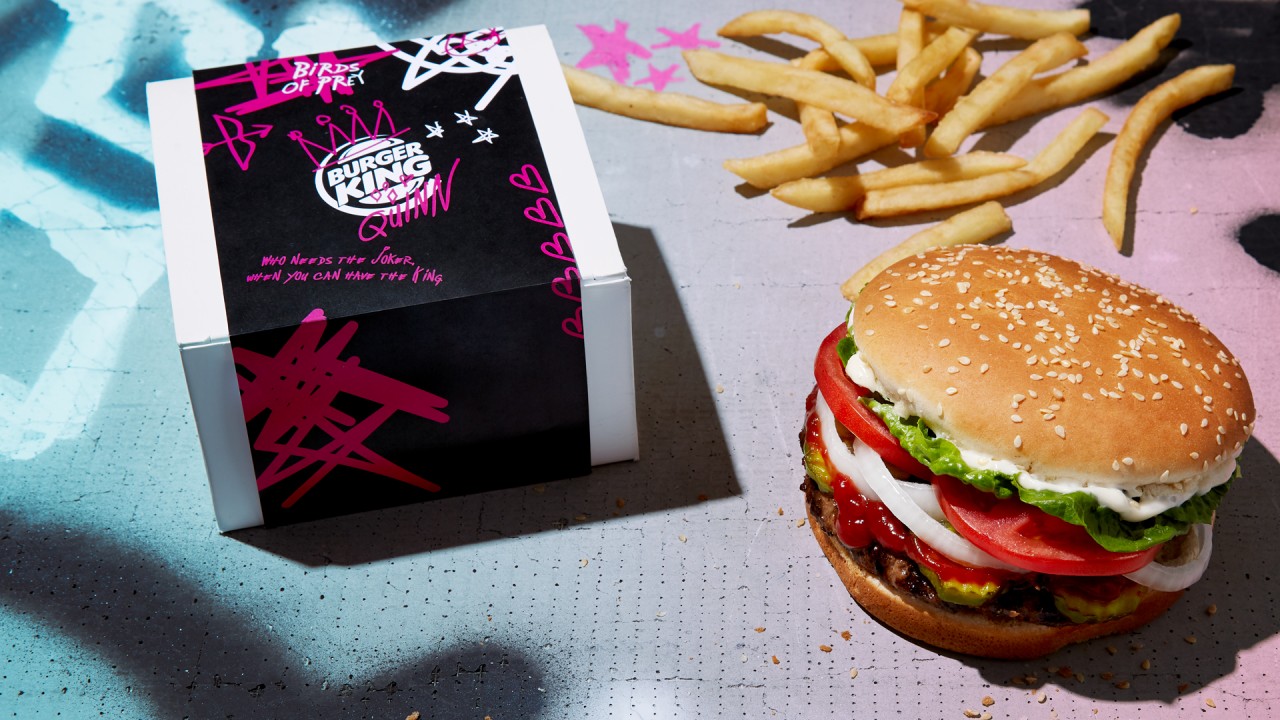 Burger King is reaching out to scorned lovers on Valentine’s Day. The fast-food chain has partnered Warner Bros to promote its anti-romance movie Birds of Prey, which details Harley Quinn’s dramatic break-up with the Joker. Stateside, singletons can claim a free Whopper today by dropping a picture of their ex into a Birds of Prey-themed break-up box at branches in Boston, Los Angeles, New York and San Francisco. 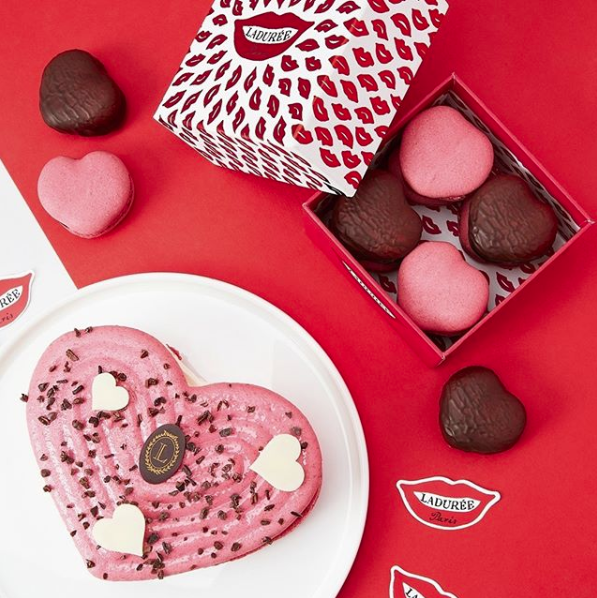 The pastry chefs at Ladurée have released a collection of heart-shaped macarons. The Juste un Baiser collection includes a larger-than-usual pink "Gourmand" macaron made to share with your loved one.

Self-love with ASMR-otica (you read that right) 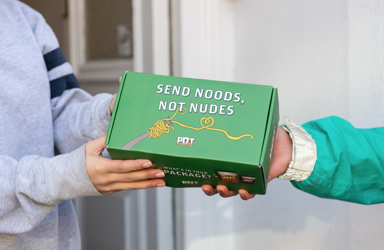 According to Pot Noodle, a quarter of the social media generation are more likely to consider sending a nude photo to their Valentine over purchasing gifts. So the noodle brand has partnered Deliveroo to encourage millennials to "send noods" instead. The limited service – available in London and Leeds – will enable people to send oodles of noodles to anyone they love via the Deliveroo app. The special-edition packet costs £1. The idea was created by W Communications.

What is making your eyes pop?

Jammie Dodgers has launched a Valentine’s Day Instagram filter – the first of its kind for the biscuit brand – that replaces consumers' eyes with popping love hearts akin to its jam centre. The augmented-reality filter which launched on 13 February, runs alongside a competition on the brand’s social media channels in which consumers can win a year’s supply of Jammie Dodgers by taking a selfie with the filter. It was designed by Journey Further.

Ditch your date for puppy love

We’re skipping cuffing season and spending all of February with our favorite furry friends instead. So check in regularly for updates on our two favorite things: Dogs & Coors Light! #MadeToChill ??: @CavalierKingLeo pic.twitter.com/Bo6eiutGFl

If you're thinking about getting a dog for Valentine's Day, Coors Light will pay $100 towards the adoption fee. The beverage company said on Twitter: "Trade-in your awkward date for a new best friend." Consumers can text COORS4k9 and a picture of the adoption receipt to 28130 during 4-21 February and Coors Light will accept the first 1,000 eligible participants. It is part of the brand's "Made to chill" campaign. 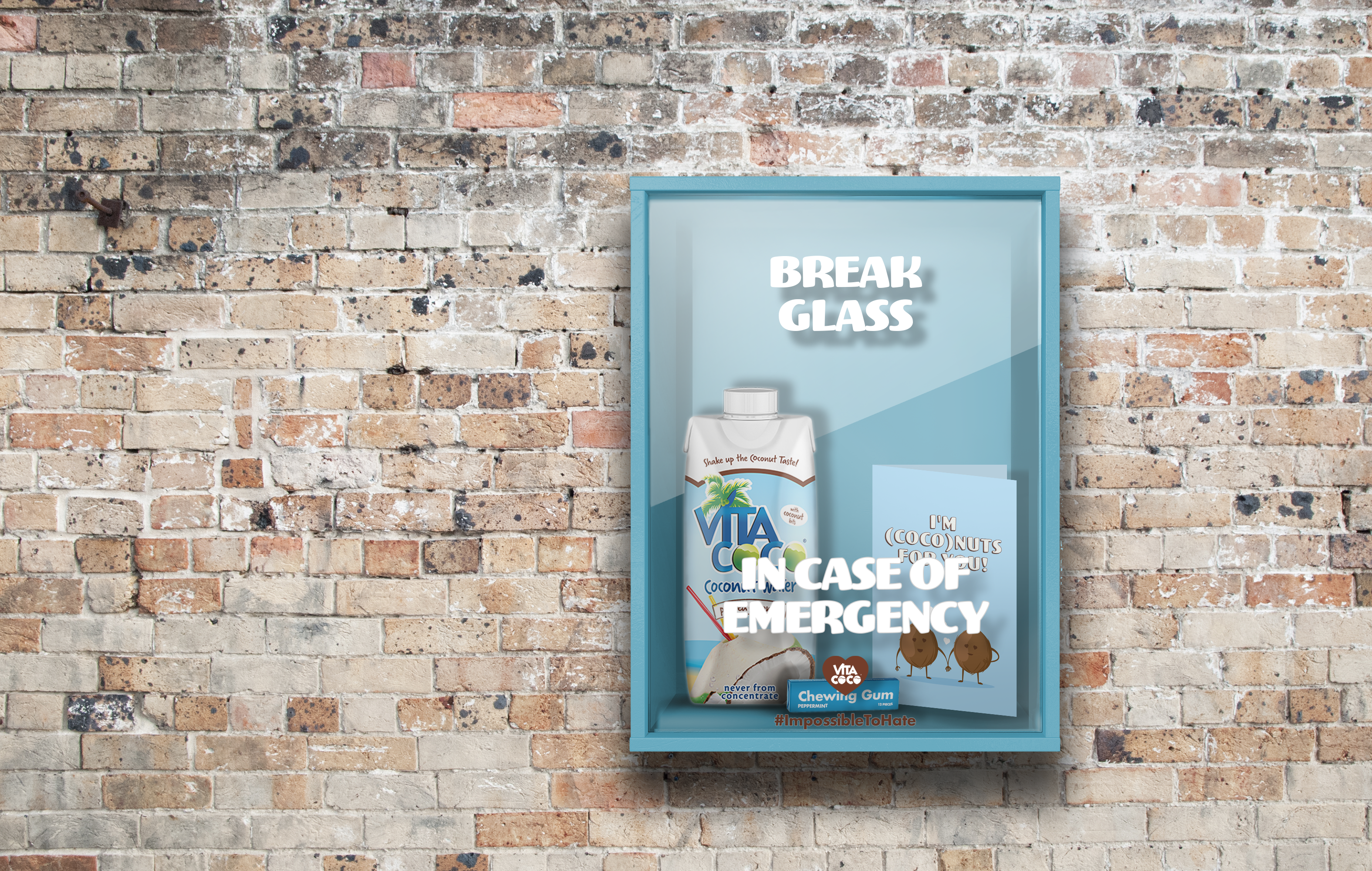 Vita Coco has installed emergency hydration love kits around London so that passers-by can take a deep breath, limber up and tell that special person how they really feel. Unfortunately, the "break glass" displays are just that – displays – and can’t actually be used in case of a love emergency. Brand ambassadors will be handing out free samples of Vita Coco drinks and Valentine's cards. 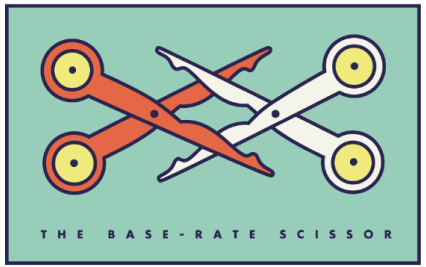 Mortgage company Habito found that one in 10 couples claimed getting a mortgage was so stressful that it ruined their sex life. So, in an attempt to encourage customers to have fun on Valentine's Day, instead of filling out mortgage applications Habito is shutting down its site for 24 hours. The homepage will be taken over with a "mortgage Kama Sutra" created by Uncommon Creative Studio and graphic artist Noma Bar. Mortgage jargon-inspired sex positions include the "Base rate scissor" and the "Freehold frog". The site shutdown idea was devised by Goodstuff Communications. 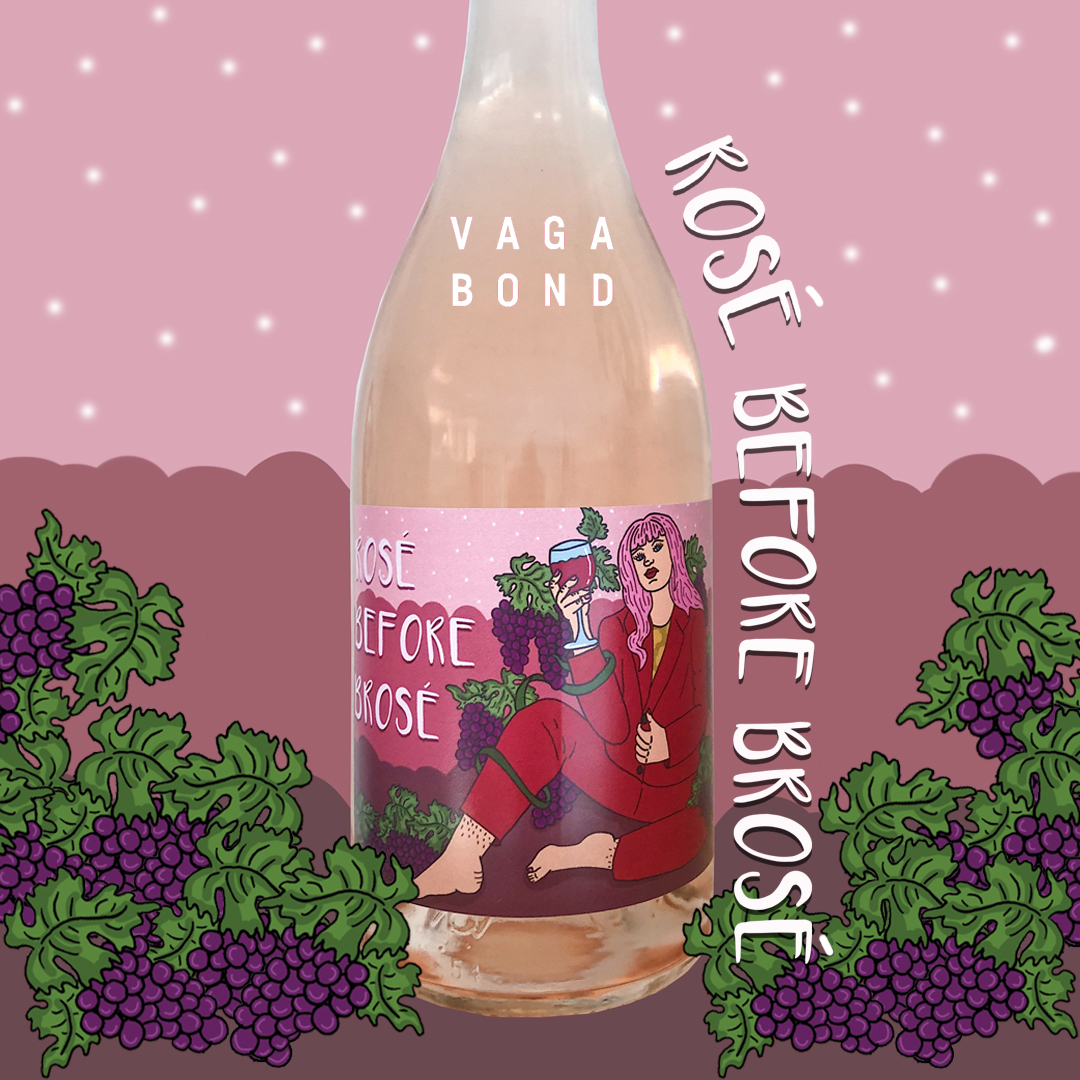 London’s experiential wine bar Vagabond Wines is teaming up with illustrator Venus Libido to launch a limited-edition wine celebrating friendship and platonic love for Galentine’s Day. "Rosé before brosé" is a middle finger to conventional romance and an ode to the women who stick together. The wine is available from Galentine’s Day (13 February) to International Women’s Day (8 March) in all eight Vagabond bars across London and online. 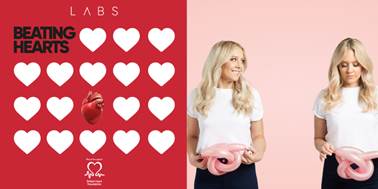 Co-working space Labs has hooked up with the British Heart Foundation for a series of events to raise awareness of the charity while boosting heart health. The two-week programme, "Beating hearts", kicks off on Valentine’s Day in London. It includes a heart-pumping race with Olympic athlete Aimee Fuller; a panel on how gut health impacts cardiovascular disease; and a stress-busting guided meditation with wellness brand Headspace. The events are ticketed and all money raised will be fund-matched by Labs, with the total donated to the British Heart Foundation. 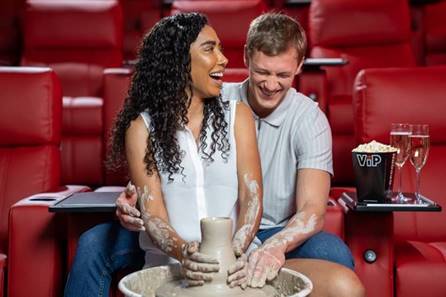 Couples who book to watch Ghost at selected Cineworld screens in London, Glasgow and York on Valentine’s Day will be able to channel their inner Patrick Swayze and Demi Moore. They will be able to recreate the movie’s famous pottery-making scene, accompanied by The Righteous Brothers’ Unchained Melody.

It's fried chicken, I'm in love: KFC and Moonpig team up for Valentine's cards