With so many fresh sources of data on offer, the market research industry faces major threats and must adapt or die, writes Alan Mitchell.

Be honest. When I say 'market research', what image does it conjure up in your mind? A middle-aged woman with a clipboard in a shopping centre? A focus group, perhaps?

Such imagery may be woefully and unfairly outdated, but it illustrates a common dilemma. The world around market research - and researchers - is evolving faster than they are.

Two vectors of change are converging to create a make-or-break challenge for the industry.

The first is how companies view and use research. Is it the voice of the customer at the heart of key business decisions, or just a marginal also-ran? The second is proliferation of data sources. With new streams of data that provide fresh types of insight becoming available, what role (if any) do traditional market-research techniques and skills have? What is the real 'value add' of the market researcher? These two questions have become inextricably entwined: if market researchers are not making sense of this world of data, who is?

How companies use research has always been a bone of contention. For some, market research is, truly, about listening to the voice of the customer. However, it is also often used as a comfort blanket to justify decisions that were going to be made anyway.

That's great for an agency's income, but strategically precarious. If you're not viewed as essential, you're a prime candidate for cost-cutting.

Market research is often viewed as interesting, but useless. Somehow, findings don't get translated into insight, or insight into action. If the insight doesn't come with a costed 'so what?', a decision may never be taken. Market research can also be a plaything of internal politics, ignored if it doesn't come up with the predefined answer.

Alternatively, market research is sometimes viewed as too powerful, stifling innovation with a 'computer says no' approach to anything risky or creative that doesn't meet with immediate, enthusiastic consumer approval. The classic case here is advertising pre-testing, a decades-long and ongoing controversy. For example, long-time researcher Peter Field has used IPA Effectiveness Awards data to argue that pre-tested ads perform worse than those that are not pre-tested.

It is in this context that market research finds itself challenged both methodologically from scientific discoveries, and practically from the proliferation of data sources. This dates back many decades, as companies started to collect transaction data, and as call centres began capturing raw customer feedback. Suddenly, market research was not the only source of information about customer views or behaviour. Soon, initiatives such as Tesco Clubcard were trumpeting the insights they were garnering without lifting a finger in terms of 'traditional' research.

Since then, data sources have continued to spring up: web analytics, social-media mining, mobile, with its fresh data sets such as geolocation. There are plenty more waiting in the wings, too, from Big Data, the Internet of Things, and so on. The GreenBook Research Industry Trends Report comments: 'Data collection is now the purview of technologists, not researchers'.

Not surprisingly there are some companies, such as data analytics firm SAS, that tell marketers they should 'forget focus groups and phone surveys' to focus on data-mining instead. Forrester.com summed up the trend when analyst Tamara Barber (now at marketing innovation firm Affinnova) wrote a blog entitled 'The death of market research'.

'The need for traditional market research data is decreasing,' she argued.

'Organisations are drowning in data. And all parts of the organisation have their own sources of data, from what sales hears from the customer to what customer service fields in calls and email, and let's not forget about the chatter on the Facebook fan page or other social outlets. Yet the best business decisions are made not through data but through insights: the context that comes from understanding what data means in the bigger picture of the business objectives and market trends.'

In this environment, she added, 'market researchers are struggling to reclaim their relevance. In a time when data is a commodity and disparate sources of information are producing different versions of the truth ... the role of the market researcher as we know it is going away for good.'

Now, compound this situation with methodological doubts. First, there are issues of speed and cost. Why pay for a professional survey when you can do it yourself with Survey Monkey, or by asking a question on Twitter or Facebook? With today's pace of change, there's even a question mark over what market research can you tell you anyway, argues 'futurist' Patrick Dixon. 'Don't believe market research,' he declares. 'It can't predict the future. It only tells us about the present. Customers usually know even less about the future than the executives who have paid to ask them.' 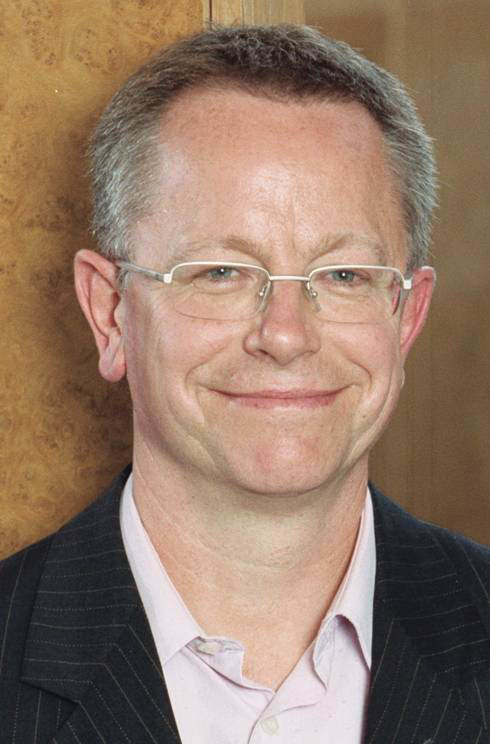 The doubts continue. With a loyalty card you can create scientifically valid samples on an industrial scale, according to Terry Hunt (right), formerly of direct agency EHS Brann, where he was a key part of the Tesco Clubcard team, but now at the Customer & Co consultancy. 'But you have to question why you can't give those who participate a reward, or keep them anonymous,' he adds, arguing that, in an age of relationships and interactivity, some central tenets of the research industry need updating.

Meanwhile, discoveries in disciplines such as neuroscience and behavioural economics are casting doubt over long-standing research assumptions. 'People are unreliable witnesses to their behaviour,' warns Gordon. 'There is no reliable link between attitudes and behaviours.'

Indeed, the arrow of causation often works in the other direction, with attitudes following behaviours and individuals later rationalising their actions. If so, it may be that market researchers have not been measuring what they thought they were.

Traditional market surveys face long-term decline not just because there are better ways of getting at data, but because 'the more people see two-way engagement and being able to interact with people, the less they want to be involved in structured research,' Lewis told Advertising Age. 'If I have something to say to that company now, there are lots of ways to say it.'

Meanwhile, researchers complain they are too often left 'in the dark', have an in-and-out role without any sight of the success of their projects, and treated as if they are selling a commodity.

'Traditional market research tends to sit in rarified, small pockets of the business. It has lost its salience and credibility. People don't believe as much as they used to,' says Hunt.

Meanwhile, Thomas Hein, vice-president of global market research at Bayer Healthcare Pharmaceuticals, warns: 'Market-research departments will be a thing of the past within a decade unless we embrace a fundamentally different vision of our roles.'

So how should the industry respond?

First, beware the hype. We need to disentangle real, substantive change from breathless intoxication with what is new. Given recent findings about the non-link between attitudes and behaviours, the kneejerk reaction of 'just ask online' is little more than 'jobsworth research', says Gordon.

Danny Russell, former marketing strategy director at Sky and now running his own consultancy, in one example found zero correlation between social-media buzz and commercial impact. 'Not every new data source is a good one,' he contends.

Second, beware the pitfalls of fresh data sources. 'Many people are treating data cavalierly. They think it is a free good, but it isn't,' argues Jane Frost, chief executive of the Market Research Society. 'This is personal data. It is not the researcher's data, it is the customer's. So there is this issue of trust. Do we have permission to use this data? Is it being handled with respect? If it isn't, people won't be prepared to volunteer it.' 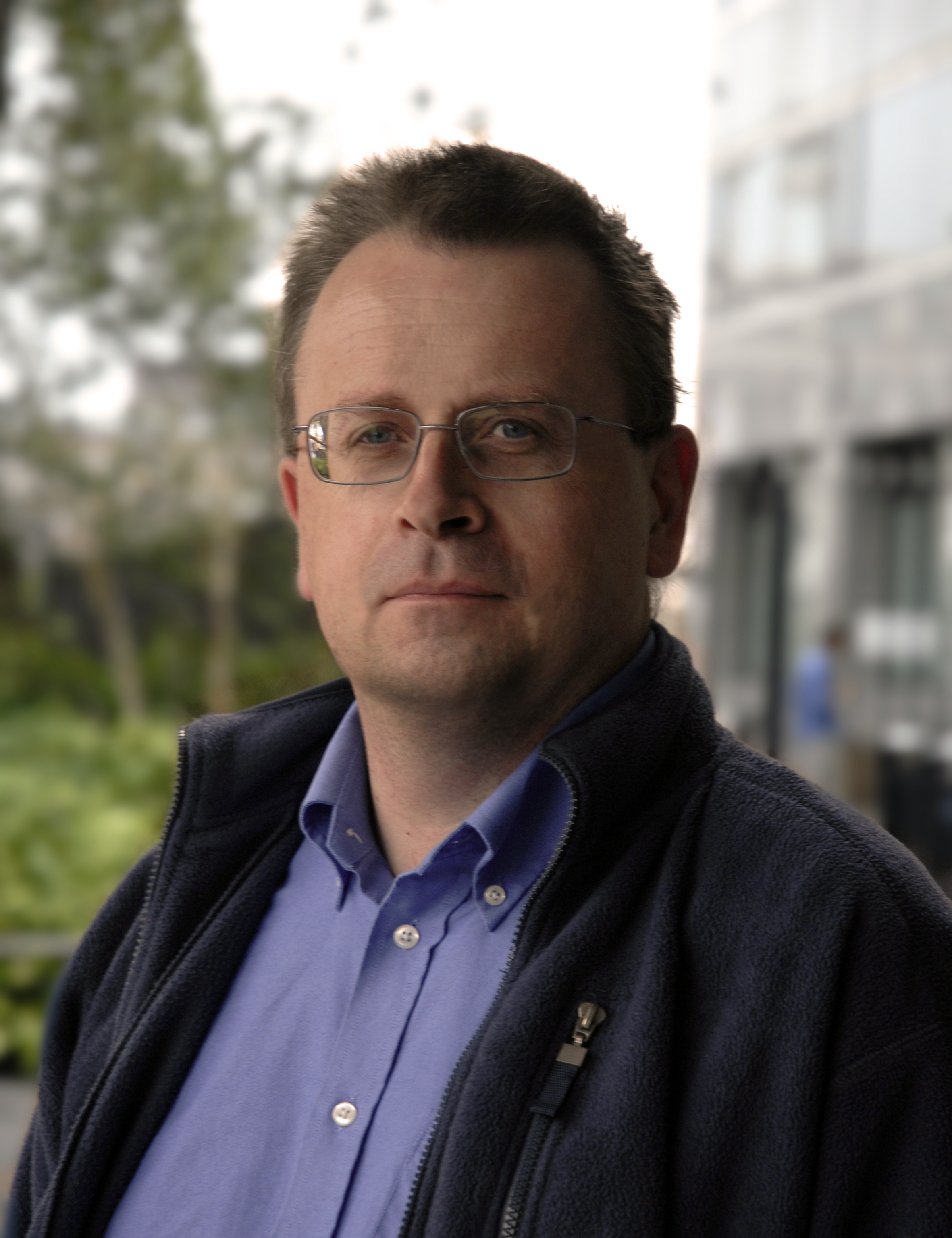 Third, beware throwing the baby out with the bathwater. Nick Buckley (right), director of new social media at GfK NOP, says that while fresh data sources can be exciting and valuable, traditional surveys have their merits.

That's not possible with online conversations, he says. 'You can also use surveys to examine "what ifs" - hypothetical alternatives that may not be explored in social-media conversations.' The same goes for focus groups. Gordon argues that anybody can sit in on a focus group, but really interpreting the underlying drivers and motivations is a different kettle of fish. The challenge - and the benefit - is, she says, 'to integrate insight to create coherence'.

And what a challenge it is.

Given the amount of data sources and interpretations, companies are increasingly faced with discrepancies in findings, and the question, 'which data set do you believe?', notes Russell. In many companies, the problem is compounded, because those responsible for different data sets work in different departments, to different KPIs and with limited knowledge of each others' needs or priorities.

'I've seen what having lots of data can do for understanding,' says Russell. 'What all this data requires, however, is somebody to piece it together.' It's all about understanding context, he argues.

'A detective at a murder scene doesn't just look at the body. He interviews the neighbours. He goes through the rubbish. He tracks mobile calls and messages. He looks at what the victim was doing online. He pulls together all the pieces of the jigsaw.'

At Sky, Russell attempted to emulate this approach by having all the relevant people using various information services working in the same department 'to the same KPIs, to the same priority calls'. They were measured by their success and ability to contextualise. 'It's not just about regurgitating data,' he explains. 'It's about building hypotheses and clarifying them against operational data; to assess the various sources of data; to make sense of it for the chief executive, who has to answer the question "should I invest £10m in that customer service initiative or not?"'

Frost agrees. 'You can have data without intelligence. If you can't interpret the data, you have invested in nothing,' she argues. 'That's why we're saying it's not about research any more. It's how to generate evidence for business decision-making.'

However, Buckley says that in a world of so many data sources, where market research is 'just one part of a jigsaw, the big political question is: "who owns the job of integration?"'

It's a question market research, and researchers, still have to answer.

Alan Mitchell is a respected author and a founder of Ctrl-Shift and Mydex. Alan.Mitchell@ctrl-shift.co.uk

Read, comment on or join the discussion at Alan Mitchell's blog, Reinventing Marketing

Let's continue the debate - visit my blog at marketingmagazine.co.uk/reinventingmarketing

What Big Data means to marketers, and how to handle it

From 1930s 'Brand Man' to today: the evolution of the brand manager

Alan Mitchell: Advertisers, face it, your consumers hate you

Tesco must find a new role for Clubcard