The campaign highlights the plight of black Brazilians as COVID-19 begins to spread throughout the country.

As Brazil prepares to join the global battle against COVID-19, the Black Coalition for Rights has launched a campaign to ensure that black Brazilians are not forgotten in the ensuing struggle.

Brazil has so far seen more than 1,600 confirmed cases of the disease and 25 deaths, and with a healthcare system ranked 125 out of 190 by the World Health Organization, the disease is projected to have a heavy impact.

This impact will disproportionately fall on black Brazilians who make up the bottom of the country’s societal and economic base. 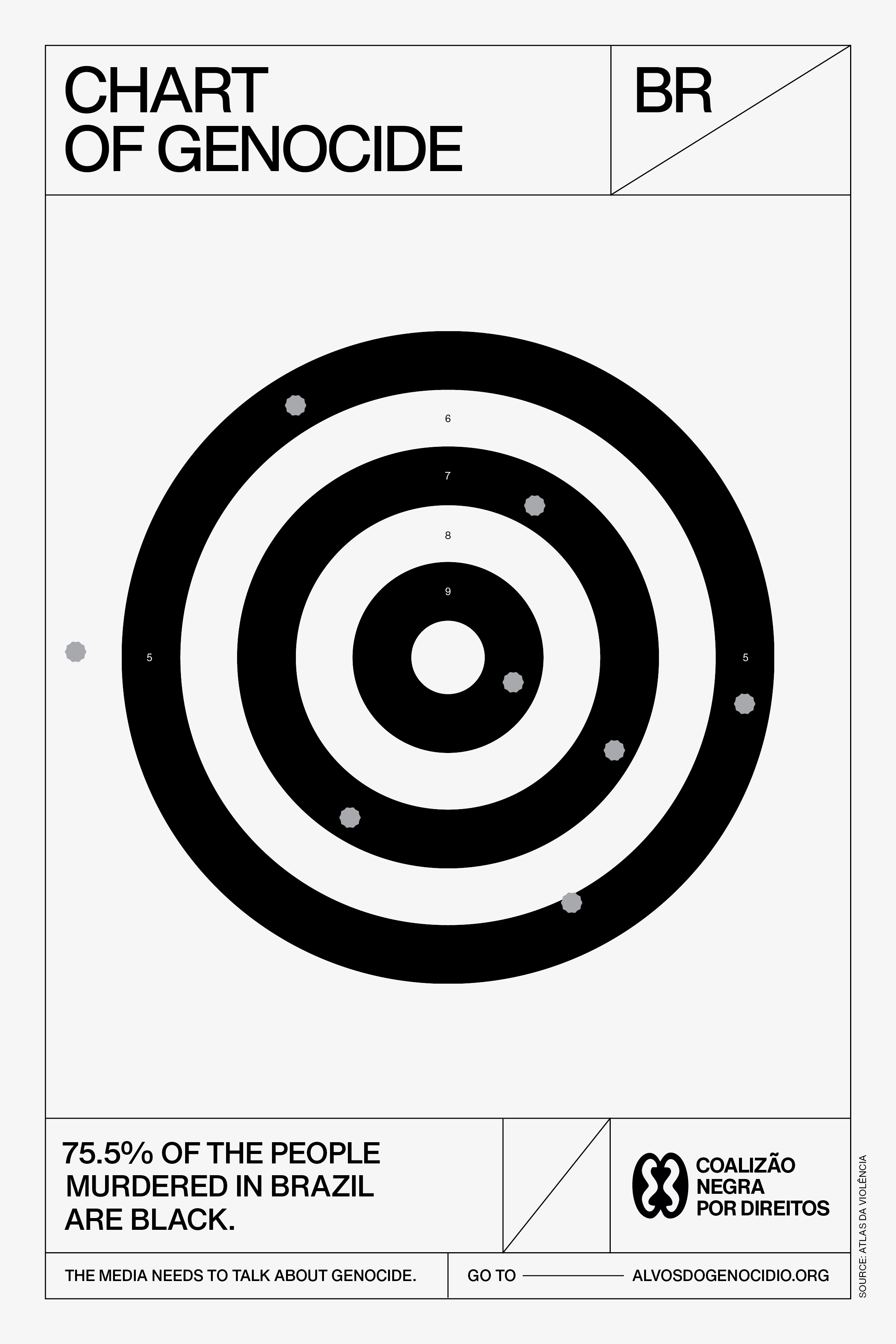 According to data from the Black Coalition for Rights, in Brazil: a black person is murdered every 23 minutes, 80 percent of users of the Unified Healthcare System (SUS) are black and blacks fall victim to firearms 2.5 times more than white people.

As a result, the "Alvos do Genocídio" (Genocide Targets) campaign was developed in partnership with Wunderman Thompson to help put these troubling statistics into a format that cannot be ignored.

These and other stats were blatantly revealed in shooting targets, filled proportionally with the discrepancy in the percentage of murders of blacks and non-blacks in the country through static and digital OOHs in several Brazilian capitals (SP, RJ, ES, and BA), prints, content created and shared by influencers and video content for YouTube on the International Day Against Racial Discrimination, March 21st.

Morelle continued: "In addition, they need to be properly classified so that these large-scale deaths cease to be part of everyday life and fall into the abyss of normality. It is important to call the attention of the world, and our desire is to partner with agents of change, such as the Black Coalition for Rights."

Confessions of a 21-year-old: What young female consumers really want