In the UK, US and Australia, here are some TV spots from the heart

Tesco, Audi and Samsung are among a number of brands that are using Valentine's Day as a hook for consumers' attention.

Tesco supermarket has taken a low-budget approach and created a set of light-hearted Vines around the embarrassing theme of running into your ex (in a Tesco).

Nissan has picked out the similarly awkward territory of reasons men and women give their partners for breaking up with them.

Its video ad goes on to push the brand’s electric car, Leaf, by illustrating that it’s easier to "break up with petrol."

A happier story is told by Samsung, which is running an ad featuring a boy telling the viewer about his uncle being a bit of a loser in love in the run-up to Valentine’s Day.

As he spends the day alone on his Samsung phone, the uncle is disturbed at home by beautiful girl who asks him to move his car and notices he has the same keyring as her.

Less ashamedly playing the romance card is Funnyhowflowersdothat.co.uk, a marketing initiative from the Flower Council of Holland.

It has released a two-minute film of a drone that drops red roses in front of couples in the Italian city of Verona, where Romeo and Juliet is set.

Product placement is also at work in Audi’s commercial, aimed at American audiences, to promote its association with the film "Fifty Shades of Grey."

However, not all marketers have gone for the comic approach. One standout is Heart Transplant UK, which made an e-card campaign titled "Give Your Heart This Valentine’s Day."

The card links to a video of a woman who at first appears to be delivering an appeal for love but who it later turns out is a real-life patient in need of a heart transplant.

The campaign encourages people to register as an organ donor.

Back to the bizarre, and Pizza Hut Australia is running a contest for people to win sets of Pizza Hut branded nail polish including colors such as Poppin' Pepperoni (purple) and Say Cheese! (yellow).

Thirty sets are on offer in return for the best love poems about pizza its Facebook fans can write. 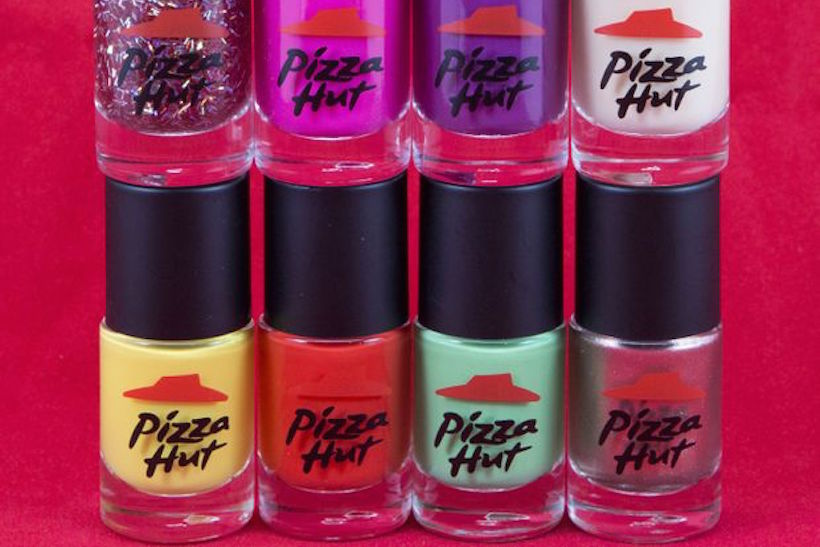 Leadership lessons from McDonald's and Tesco

Nissan 'The Break Up' by DigitasLBi France